Falcom is Looking for 30 Voice Actors for Zero no Kiseki ::

It appears Falcom are accepting applications for anyone who'd like to have a role voice acting in their fourth "Sora no Kiseki" sequel, "Zero no Kiseki".

Applications began on Monday shortly after they announced the game and will be open until May 31st. The application procedure is simple - Pick one of the shown character sprites on the site and then give it a name.

30 names will then be randomly drawn and be given a minor role in the PSP game. Falcom staff will set up the rest such as your lines and the kind of personality your side character has.

This might end up being a break for anyone aspiring to be a voice actor/actress. 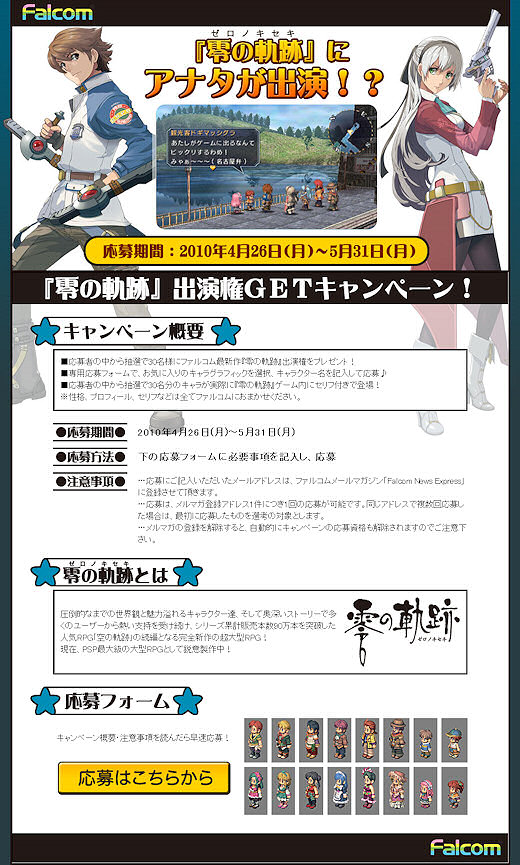 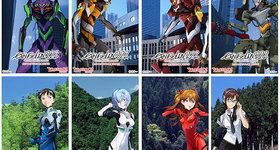 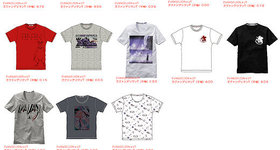 There's no Uniqlo stores here in Scotland as far as I'm aware but for those of you Eva...