So, how many of you managed to get the references I had during maintenance? For those of you that missed it, the message was...

The site is currently going under mass operation.
Hopefully it'll be back up before the dark hour ends.

Everything went fairly smoothly apart from a few hiccups from the backend, host servers. Otherwise, I would have got this up much sooner.

Regular readers amongst you will probably have noticed there had been lots of little changes to the last layout but now after much experimenting, here's the full new theme with everything put together. Unfortunately, I'm not very creative when it comes to graphics so I decided to keep it simple ^^; 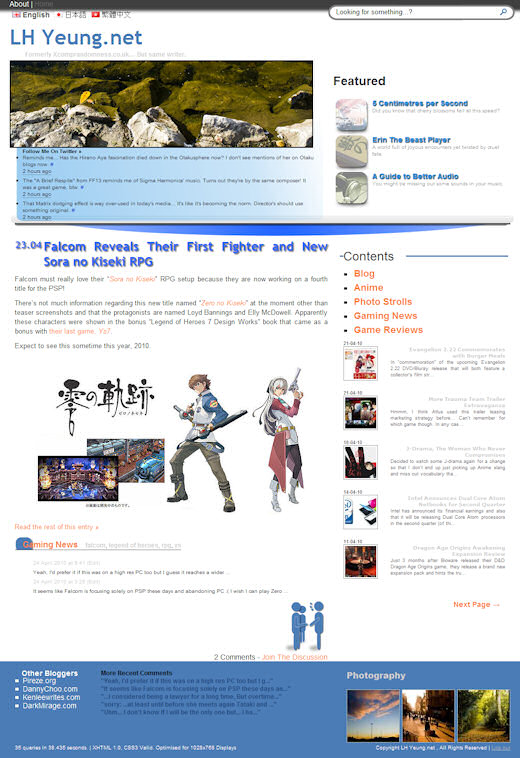 So just a few notes about the changes but you will probably know about the major ones already.

Another change you may have noticed before this layout is that some of my posts are now available in three languages namely - English, Traditional Chinese and Japanese. The idea was mainly because I wanted to keep my writing skills in touch (yes, write not type in Romanised words). Reading is easy but writing isn't - especially when you're actually writing Traditional Chinese characters by hand. It's a skill I don't want to grow rusty on even though these days you can type romanised pronunciations and the character will popup instantly.

Another reason is because a lot of my Japanese penpals like to see what Scotland (or at least my hometown) is like and since I have a homepage, I thought why not use it? There aren't many multilingual posts at the moment but it will grow and I will go back to a number of other posts in time to translate them, namely the photo stroll posts.

Not every post will be trilingual because some of the longer posts would take too long to translate and there's really no point writing the gaming news in Japanese either ^^;

You may have noticed that I've now joined Twitter. I mainly use it for micro blogging about things that I feel don't need a full article about. I might develop something of my own for micro blogging in the future instead but feel free to follow if you have an account too!

The main focus of this site will still be mostly Anime but more about games. Thus, I've given those sections a slightly more unique layout than the others. 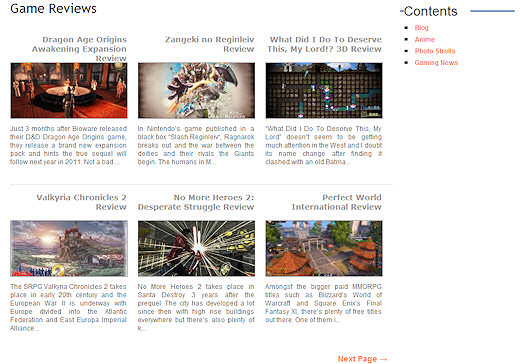 A small section dedicated to my new found interest in photography and my attempts at creating artistic images. I've excluded it from the main menu but randomised in the footer for now because I have a very small collection. Once it expands, I will probably give it more room on the front page. 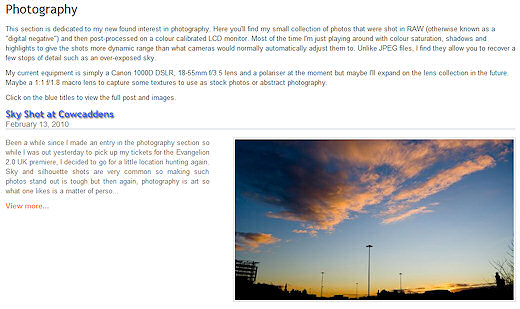 One Other Little Feature...

There's something I coded that I haven't mentioned here yet - Maybe you'll notice what it is? Hint is readers and visitors will have to be a little more active on this site to notice it ^^

And last but not least, please note that if you're using Internet Explorer 8 or earlier, you won't see the drop shadow effects because unlike other browsers, it is very out-of-date in terms of internet technology support and fails to fully support the latest CSS2 and 3 standards. It's not a bad thing - Just that sites won't be presented the way they're supposed to be.

I suggest using one of the alternatives such as Google Chrome, Firefox or Opera. Otherwise, if you're using a Mac and use its default Safari browser then you will see this site as it should be seen too. 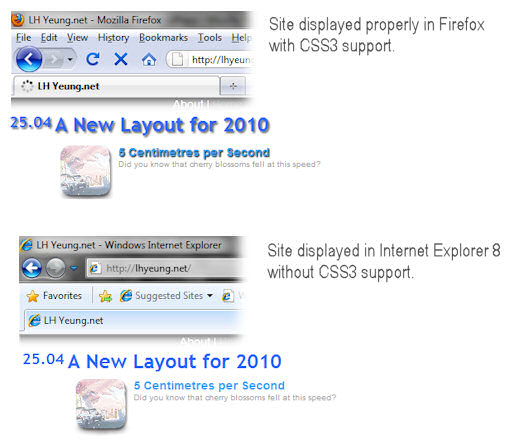 As you may already know, "lhyeung.net" has been the new address for this site since February which also happens to be my real name but you can still access this site via Xcomprandomness.co.uk. I'm keeping the older address because most of the site content has been indexed via that address. Once they're updated, I might abandon the co.uk address so it's probably a good idea to update your bookmarks.

Hopefully no one steals it for malicious purposes while it still has traffic...

The new address is still pretty anonymous but at least it's better than using "Xcomp" all the time - Especially with photos and reviews that I spend hours working on. I'll still be using the handle on sites that I've already registered it under.

Already enjoying the responsiveness of the new host server but we'll have to wait and see about the "unlimited bandwidth" claim. The old one, Daily used to constantly lockup and whenever I tried support, they blame it on my PC's "browser problems" or "memory leaks" even though it's been the same for several machines. That and their bandwidth wasn't keeping up to demand.

Wordpress can be a great CMS but trying to find the right plugins isn't always a great solution.

The "problem" I found with Wordpress when writing in Asian characters is that the excerpts aren't properly truncated like English text is. The moment you switch languages, Wordpress stops counting the number of words and displays right up to the "more" tag (if one exists). This of course means your layout could end up looking very messy and in my case, it certainly did.

To fix this problem, you'll have to re-write the Wordpress excerpt function "wp_trim_excerpt" which can be done via the function.php file or by changing the core script. The former is obviously best. You'll want to take a look at the Multibyte String Functions available in PHP4 or greater to help truncate the Asian text neatly.

I had also thought about using AJAX so that you can scroll through the posts in a single panel like a slideshow but that would could mean search engines failing to index all content unless I laid it all out (which is ugly without Javascript) so I decided against it in the end. 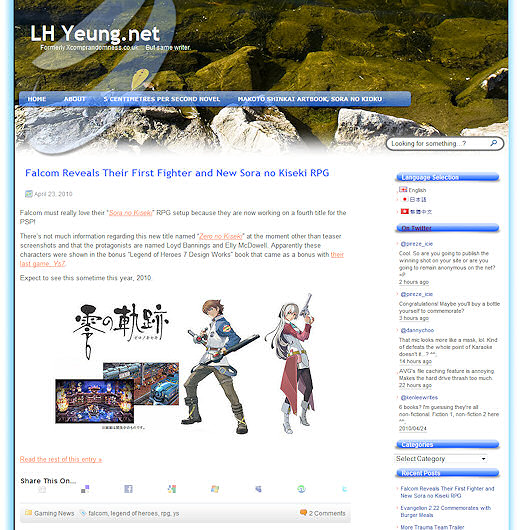 As the rest of this new year goes by there will probably be no doubt the layout will change again as I find what I frequently write about change but they won't be as drastic as the change in layout this time. For example, maybe I would move the photography section up to where the reviews are if the gallery ends up growing faster than it does now.

I've been thinking of developing the site even further for some time but not quite sure the features I would add to it... Have some sort of message board? Let users submit content and create their own profiles? Kind of lacking ideas to be honest but it all depends on what you all, the readers, are interested in doing on the internet.

In any case, thanks for dropping by and an even bigger thanks to those who have been ordering through my affiliate! I look forward to continue sharing my thoughts on the latest games, hardware, translations and what not! 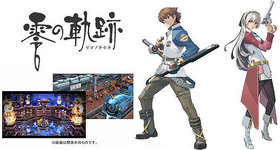 Falcom must really love their "Sora no Kiseki" RPG setup because they are now... 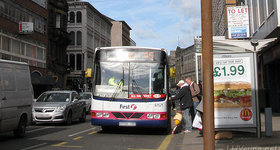