Migrating to a New Host ::

Finally. If you see this message then you're now at my new domain and host.

It was pretty troublesome trying to import the big SQL database over because phpMyAdmin wouldn't accept anything bigger than 2MB. I ended up trying to figure out how to import it directly via an SSH session and the command line. Didn't take too long after that though.

You may have noticed the old domain name Xcomprandomness.co.uk now re-directs you here to Lhyeung.net. I'll explain later once the rest of my re-designs are complete ^^;

Until then, I hope you continue enjoying the content I write here.

My blog's migrated a number of times. Starting off from free blog services to someone's own private server and now my own hosting space and domain.

Well, now I'm about to move again to a different host that offers a cheaper and better deal than the current one - And hopefully a more reliable service too. They offer unlimited bandwidth and more SQL databases whereas the current package only offers one and bandwidth that barely meets the current monthly demand.

Quite a bit to backup and move. Even though today's connections are fast, when you're working with paid hosting, you need to consider bandwidth i.e. how much data you're downloading and uploading. If you just happen to have more on the server than your monthly quota allows then you could be in a little trouble. In my case, I'm still in the green so I'm good.

During the move you might have trouble accessing the site. It all depends on how frequently your ISP updates its internet address book i.e. flush its DNS records which could take a few hours to several days.

I'm working on some changes to the site's layout to better organise the content I'm focusing on. I was hoping to get it all completed before the move but, it looks like they won't be completed in time... Guess I'll have to make them afterwards ^^; 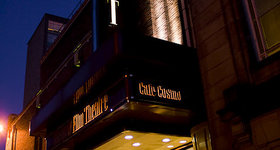 Since I couldn't check online to see how many of the 394 seats at the Glasgow Film... 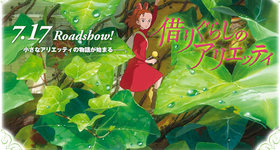 Wow, Ghibli's next movie "Karigurashi no Arrietty, The Borrower Arrietty" is...

6 Mar 2010, 2:04:28 am
._. 12 pages will be up before the term is over, I promise. I'm proposing my graphic novel as an assignment atm to a prof. I'm working on overarching narrative and character designs till then.. I'm just in a state of flux, since I am hand drawing the first 12 pages. Switching to tablet for digital style might be faster afterwards... But I'm getting feedback from prof, since it's an English course that specializes in graphic novel/comic creation.

So what's happening with your own site? I haven't seen anything for a long time =/

I'll try dropping by on the day to join you guys. Might not be able to stay up this time ^^;

19 Feb 2010, 9:10:12 pm
Good luck on your move! I just did a site migration myself last week, too. Fortunately, it was largely painless, just lots of waiting while data transfers. In my case, at least, I run my own VPS server and have an automated full-site backup every 12 hours to a file server at my house (though it's using rsync, so only changed files get transferred each time).

I'm guessing you know of Global Shinkai Day 2010 planned for March 5 already? I have links and details on my site if you need.