In a great blizzard, Shunan's army of Toudahs gather at the plains. He is surprised to find his brother Nugan was also gathering his army together there. Nugan considered his actions treachery but also wanted to witness how far his brother was going to go. Even the Grand Duke himself who was burdened heavily with sickness was there to witness the moment of change. As a play of Jeh's descent goes underway, Erin finds Kiriku wounded outside the stable. She tends to him just like any other injured person. Kiriku wanted her to leave with him but she refuses because she knew the events that were about to unfold were going to decide the future. She was determined to see through her own responsibilities. After taking one last look at Erin who reminded him of his own sister Tayan, he prays Erin will live on with happiness and leaves. As Kiriku struggled through the blizzard he encounters Iyal. A duel breaks out between them but they are surrounded by Damiya's men. They manage to defeat them all together and using Kiriku's mask as a disguise, Iyal sets out to assassinate Damiya.

The decisive moment was closing in. Shunan orders his army to take positions ready for the march while on the other hand, Lilan was already getting excited at the scent of the Toudahs. Soon, the march begins. Damiya was excited that the Kingdom of Ryoza will soon be under his rule. However, after seeing Damiya's true intentions, Semiya decides to raise the flag and surrender after all. She wanted to bring peace to the kingdom like her grandmother did. She reaches out for the flag but Damiya doesn't allow her to do so. With all the Zezans replaced by Semiya's men, no one was going to help her. Erin is ordered to fly Lilan but she takes out her small dagger ready to take her own life. A distraction causes lets one of Damiya's men disarm her. Iyar appears and takes the chance to grab Damiya. The flag is raised much to the happiness of Semiya and Shunan. Just as he was about to run to her, the ground trembles and another Toudah army appears. It was Nugan's own army who wanted Nugan to be the new Grand Duke and they now had an excuse to kill Shunan. A battle breaks out between the brother's two sides. Watching the army of Toudahs running towards the helpless Shunan reminded Erin of the time her mother was sentenced to death. Determined to save another life, she flies off on Lilan once again.

As Erin flew towards the army of Toudahs on the bloody battle field, Lilan goes berserk at the stench of blood mixed with the scent of Toudahs. She cries out immobilising all the Toudahs and begins devouring them. Nugan was stood with fear before the sight. However, Erin manages to calm Lilan down by threatening to use the whistle. Reluctantly, Lilan flies over to collect Shunan. While he clambers onto Lilan's back, Erin is struck with an arrow by Shunan's army who thought he was in danger. Struggling, Erin orders Lilan to leave her behind and fly back to Semiya. At first, Lilan hesitates but eventually she flies off. The Toudahs were waking up again now and without riders, they rushed towards the wounded Erin. Fortunately, the strong bond built meant Lilan returns by her own free will to rescue Erin. Meanwhile, Semiya wasn't ready to give up. While Iyal was distracted by the endangered Erin, Semiya breaks away and manages to grab Erin's dagger. He dives forward to kill Semiya but not before Iyal kills him first. And so, Shunan and Semiya are married, promising each other to work together to a peaceful future a reality. Kiriku survives and becomes a travelling doctor while Erin returns to the conservatory and gives birth to a son named "Jehshi".

Not a bad climax although I think they overdid it with all the golden shiny faces at the end. There's going to be a ten episode special over the following weeks basically summarising and highlighting the main events that Erin experienced as she grew up. That's quite a way of recapping the show...

So looking back at the show. "The Great Sin", the time when so many innocent people (and beasts) died, was mentioned a number of times in the show so did the two tribes really have to do all they did to prevent it from happening again?

I think the Great Sin will always be inevitable as long as people are using Toudahs and King Beasts while trying to get the upperhand over others. You could see it as the government trying to lay down tougher laws on guns, knives and other weapons in the real world.

So in an effort to stop it happening again, the tribe wants to prevent people from breeding them and using the creatures for war.

That's why Jeh, being the one who brought the King Beasts over the mountain into Ryoza and being exiled from her tribe, did her part to lay down the laws in looking after King Beasts while people like Soyon secretly poison the Toudahs at the villages to keep the numbers down and let them defend themselves against invaders at the same time.

It's probably the best they can do really because in the end, they can't watch over the entire kingdom. They can only do something to make one kind of the beasts appear weak so no one would even want to waste their time raising the beasts.

Erin on the other hand, continues to believe there is a way to keep the balance while allowing all beasts such as Lilan to be free. She went against the tribe's closed thinking and questioned if the beasts should be controlled when it is humans that are at fault while innocent creatures are being dragged away from their habitats into it all. At the end of the show, we can't see if she managed to achieve it or not but at the very least, one of the other King Beasts seemed to be getting along with her son just fine without the whistle. Erin didn't have one any more either.

I think that's the bigger theme Uehashi had going - It is people that have to change for true peace amongst all living things. Whether that message gets across to her young readers and viewers is another matter though.

As she mentions in her NHK blog entry, everyone is born living their own opinions and working towards their own goals - Creating their own "sounds". Those sounds will play together with others and even though they maybe inharmonious sometimes, it can be like a grand tuning session as we influence others and they, influence us.

Anyway, it doesn't look like they'll animate the third and fourth volume of the novels because the second volume mentions nothing about Erin having a son at the end - That only happens in the third volume. However, they should still be able to wind back a little before that scene easily if they change their mind later. It's pretty obvious who the father is anyway (yes, it's Iyal).

The third novel takes place 11 years later and it seems history is close to repeating itself once again according to the summary when once again, a large group of Toudahs dies and Erin is ordered by the Grand Duke to investigate the reason. The story gets a lot more tragic supposedly from the comments I've read on other blogs - One of the show's staff who had the opportunity to read the drafts before the last novels were published joked he wanted to "kill her" because it was so nasty ^^;

It's interesting to learn that Uehashi made references to the books "The Science of Beekeeping" and "Honey - The Processes of Raising and Producing Plants for Honey" during the arc about John the beekeeper so rest assured, it's all true facts. This is one reason why I like Anime - Some of the shows put in some real facts although it's always best to look things up to confirm yourself if you're really interested.

Well, until I find enough spare cash to import the third and fourth books or, maybe they'll get translated into English before then and I won't have to spend so much on postage and packaging alone... 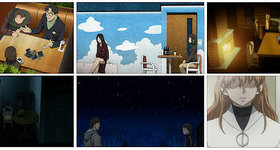 Episode 22 Troubled you're a poor speaker?Try conversing with your eye... 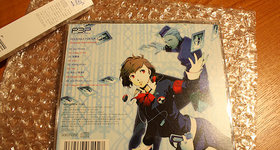 22 Aug 2015, 3:43:29 am
Are you going to do a TV show/light novel comparison for the second light novel?
Have you read all the books? If so, do you recommend reading them, to a show watcher (I believe the show was made a lot tamer but also better in some ways by reading your first comparison)?

30 Aug 2011, 9:47:23 am
Thank you for the reply there. I myself was wondering if you do another review on the rest of the novels. But if you are not and have some spoilers about what happen in vol 3 and 4. . .it would be much appreciated since I don't know japanese or german. =)

21 Aug 2011, 10:50:38 am
Just asking are u doing some new review about third and fourth Kemono no Souja Erin novel?. I am curious, but i cant read japanese and french(translated ver).