According to the news the recession is over but while walking about in town, I found another big retailer Borders closing down which had been running for many years now. So we've had three big long running stores closing down here now - Virgin Megastores, Woolworths and now Borders.

Going to be a while before things are looking up in the economy I think. 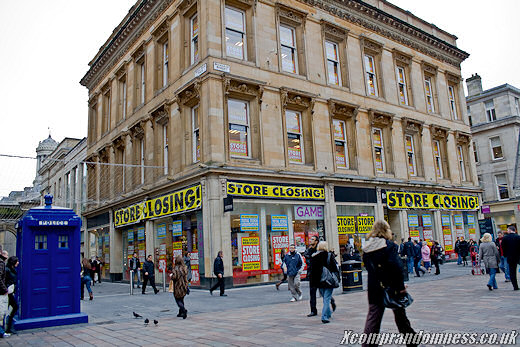 Anyway, this wasn't what I wanted to write about obviously. While browsing around for discount academic books, I came across this book called, "Chinglish"... 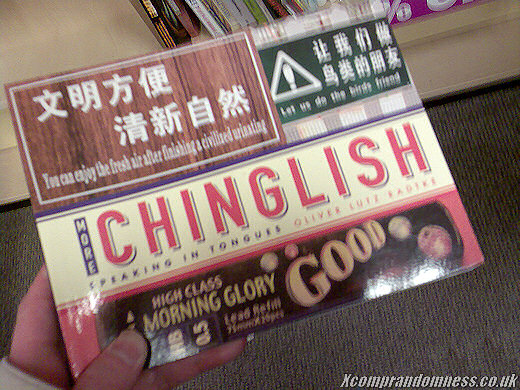 Funny because I thought people referred to all forms of bad English as "Engrish". So would the author of this book call the bad English used by Japanese, "Japaglish" or Europeans, "Euroglish"? Should just stick to "Engrish" really.

That said, I had a flip through the book and there some amusing signs... The cover speaks for itself. The top two signs are supposed to say, "Modern sanity is naturally clean" and "Lets be friendly to the birds."

I think bad English is funny and cute in a way but I never try to comment about foreign classmate or colleague's bad English... One time a foreign guy kept repeating "go deep" in the class as in read more of a book. The guys ended up bursting out laughing - He obviously didn't know the many dirty connotations of the English language ^^;

I occasionally help correct them afterwards if I find they haven't sussed out the correct way after a certain period of time. If I corrected them too much, it would become too discouraging I think. 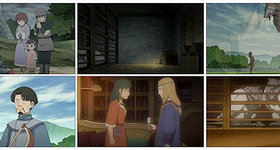 11 Dec 2009, 10:30:35 am
I think the Engrish thing refers specifically for Japanese speaking/writing/making bad English. And they're the ones who pronounce English as "Engrish," so that label stuck.

Though Chinese do, too...

Chinglish, I've heard more often in my youth, probably because of the longer history of Chinese immigrants in the Western world. So I guess it gets its own race-specific derisive language-butchering label. It is a pretty smooth way to blend two words, though. Like TomKat for the Tom Cruise/Katie Holmes deal.