It's been raining heavily with some strong gales blowing for the past week or so. Lots of floods down in England and even a few up here in Scotland.

While out and about I saw some broken umbrellas and thought I could try something with the scene. I used a polariser to filter out the puddle's reflection towards the left of the photo so that you can see more of the submerged umbrella. Then in the digital dark room, I knocked up the saturation towards the right of the photo to emphasise the sun coming out from behind all the rain clouds.

I think it came out pretty good although one of the umbrellas could have been closer to capture the results of nature's destructive effects... On an umbrella ^^; 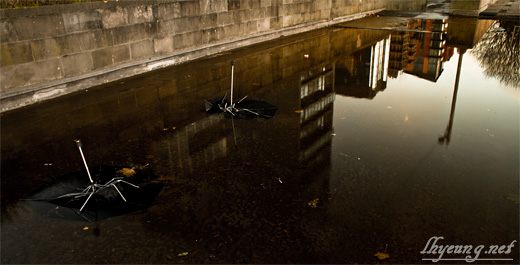 It was hard to decide how to post-process the photo. To keep just a subtle hint of colour in the water's reflection... 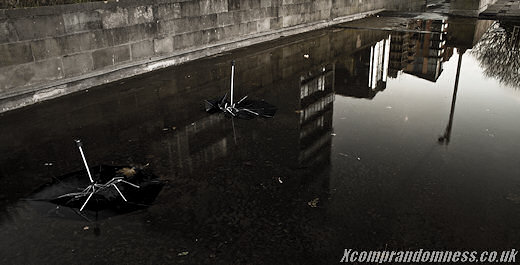 Or to have it completely in black and white. 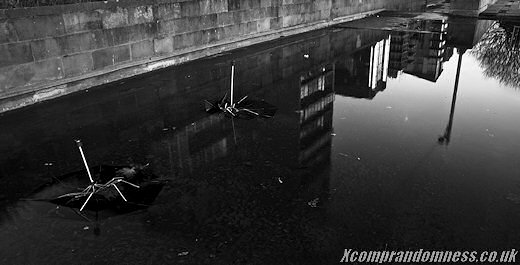 I like all three versions but I edged towards finishing with the first version because the black and white, de-saturated versions are so gloomy I don't think it would have been appropriate to call them, "After The Rain". "Stormy Days" might have been better.

Putting the three together in sequence, it kind of looks like watching the rain clouds going away.

Now I have Erin The Beast Player's first ending song "After The Rain" playing in my head... 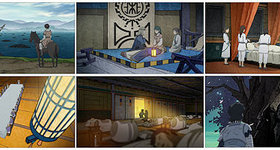 Episode 40Darkness Shrowds the Kingdom Lilan finally calms down and lands aboard... 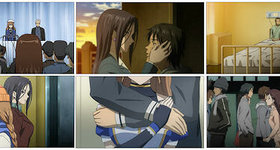