Azusa Akido Goes Over A List of P3P Changes

Azusa Kido who was responsible for the fusion system in P3/P4, joins the direction team in P3P and goes over a long list of the new and improved features in this port.

Liking the changes so far but cloning skill cards... Wonder if that means people can spam moves. There will probably be a limit as to how many times you can visit the shrine to clone.

Would be great if the calendar lets you review past scenes and dialogue too! 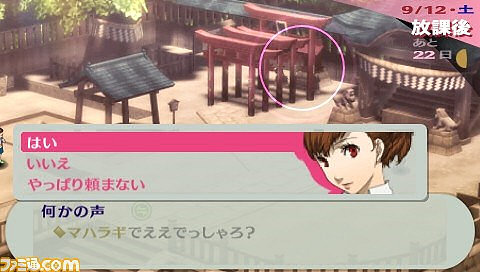 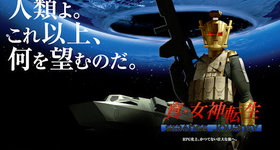 The latest Shin Megami Tensei game, "Strange Journey" tells of how humans have... 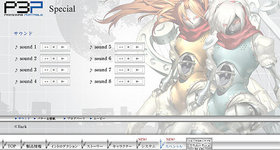 It's looking like I'm writing about nothing but P3P on this blog lately but never...

19 Oct 2009, 3:46:34 pm
Yeah you're right. I'm also worried that the date on the picture is 10/3... Maybe he knows that this will be his last conversation with her... He is probably talking about Akihiko, judging from the text... It feels like he wants her to take care of Aki in the case something happens... I hope Shinji has a S.link too...

Also why don’t they add the Hero’s suit to the blog parts section? Is it because he can’t wear that kind of costume?
Shinji looks really good in his suit and Aigis looks really cute in her christmas costume.

17 Oct 2009, 11:06:33 pm
The screenshot suggests yes since it's right after the part where Akido talks about the extra voice acting but who knows... Might just be one of the new expressions and few more lines of spoken dialogue.

17 Oct 2009, 2:13:08 pm
Wonderful. I'm sure it will become the perfect game.
The Skill Cards feature is such a good thinking and cloning them or buying them from the tv will make the fusion system much more easy.
Thank God that they've added facial expressions for both Elizabeth and Shinji now. Thank God that we can still speak to the other pary members while exploiring the dungeon. It's just wonderful.
I'm curious about Shinji's S.Link. Can we be sure that he has one now...?