Just a reminder if you don't know already, Crunchyroll is now officially streaming the latest episode of this series on their website every Sunday. However, from what I've seen of the translations, they seem a little too over-literal...

As Erin flies in the sky on Lilan's back, she notices a signal nearby as if Lilan was being guided somewhere within the falling snow. She soon finds out it was Nason who has been keeping her under surveillance all this time. After putting Lilan to sleep, Nason explains that Soyon was originally to be his wife. His duty now was to ensure Erin doesn't carry out the same mistake their tribe carried out long ago which was to get involved in war by letting others know of their skills to communicate with beasts. If Erin was to continue, both she and Lilan may have be killed. He continues that long ago, the kingdom of Orvalon had wanted their help to defend their own country using Toudahs. Eventually, the king became so greedy he began invading neighbouring countries and punished those who would not bow to him. Seeing this, the People of the Mist exiled themselves overthrew him together with his people before exiling themselves to a valley.

When the king of Orvalon was overthrown, he is unknowingly rescued by "Jeh" who belonged to another beast controlling tribe. After hearing his story about wanting the best for his people, she decides to breed large numbers of the King Beasts to force the ruler to surrender. Unfortunately, during their plan the King Beasts and Toudahs went berserk at the masses of blood, attacking both beasts and humans alike. This left the entire kingdom in ruins. As a result, Jeh who went against her people's orders wasn't allowed to return and leaving the borders of Ahon Noah, formed the current kingdom of Ryoza becoming the first Shinoh. Ever since then, it has been forbidden to use their skills and Soyon had secretly let the Toudahs die to help avoid such a tragedy from happening again by controlling their numbers. As Nason disappears warning Erin not to let Lilan fly again and to treat her like the others, Erin questions whether if it was really their skills to blame. She thinks about how she can let Lilan live freely as the way things were now and what she must do.

Ethal is happy to learn that Lilan could fly but also receives news that some injured King Beasts will be brought to Kazhalm and just to make sure the officials don't find out, she suggests chaining Lilan in her cage. Erin opposes the idea and Ethal suggests she trains Lilan so she won't fly whenever she wants to. A saddle is prepared but Erin has difficulties making Lilan fly. As she thinks back to her mother's words about how vets like themselves lived not to control beasts but to allow humans live in harmony with them, she realises how she has only being commanding Lilan around instead of trying to understand her feelings. Meanwhile, Kiriku receives a package with one of Damiya's flowers inside and an order to poison the King Beasts at Kazalm. However, he decides not to kill Lilan yet as he is curious to see if Erin is successful in taking command of her. He was doubtful and compares Lilan's situation to his passed away sister Tahya who was constricted to a cage-like home, never given freedom by their Wajak family.

The injured King Beast brought to the conservatory is found poisoned by the very same Chichi Modoki that Erin had come across while she was still at Ake Village. She sets out to find a cure and at the same time, Semiya's servant Nami at the Royal Capital also falls ill because of the very same poison. While visiting the Shinoh, Shunan reports that they had found some of the poison in their gifts for the Shinoh some time long ago and agrees that it must be the work of the Saigamul. However, he denies the Grand Duke has anything to do with it and Iyar also wonders why the Saigamul would do something that may point suspicions towards the Grand Duke. Heading out to find a cure himself, Iyar comes across the masked man trying to buy all the antidote and coincidentally meets Erin again. At first, he pretends he doesn't know her but while escorting her back to the conservatory, he reveals he had to do that to avoid her getting into any trouble. He also explains that the poison was found inside the palace and when he learns that a King Beast was poisoned, his suspicions that the Saigamul were responsible were strengthened. If news of the King Beast dying leaked out, it could mean the Shinoh losing her status.

Kazalm were responsible for nursing injured King Beasts while Razal were responsible for nurturing baby King Beasts. It was the beginning of Spring and a full grown wild King Beast is brought to Kazalm. It was named "Eku" meaning "male" in the old language and it was injured when it was returning to its nest. The men trying to capture its baby blew the Soundless Whistle to bring it down. As a result, Eku was very paranoid of all the other carers at Kazalm who carried the Soundless Whistle. Erin is summoned to take of it and as Ethal had hoped, Eku calms down and answers to Erin's harp. She asks Erin if she could do the same with the other King Beasts and it was then Erin decides to reveal The Great Sin. However, she also questions if the only solution was to restrict the beast's freedom and not be responsible for their own behaviours as humans. As the days pass by, Erin returns to Lilan who seems to be curious about Eku after finding his feather. The two of them are released into the fields but to their surprise, the two fly off into the air as Lilan's fur turns colour. It was something not noted inside the King Beast book.

Well wasn't that a rollercoast ride? First there's the magical moment when Lilan flies into the sky at the end of episode 31 then suddenly we have the tragic story of Orvalon's destruction. At least we know why those laws about controlling the Toudahs and King Beasts are enforced as well as the tale that's been repeated through the first half of the series.

At first I thought it was Damiya's doing when only the frontline "Kiba" Toudahs died. I'm kind of surprised how Soyon did it to prevent the tragedy from happening again knowing she would have to leave Erin behind. I thought she didn't like using the whistle because it hurt the beasts but I should have known when she hinted about how their people had to prevent the tragedy at all costs - even if it meant losing their family.

Of course, we see things are changing with Erin being born and raised outside of the "Ahryou" teachings. Now that Erin's really getting close to breaking that oath her race has sworn to, I wonder if someone from the People of the Mist appears before her but she gets rescued by Iyar or something.

Well, I guess it's closing towards the end of the first season so they're starting to close up for the second book. 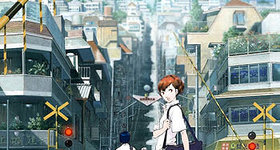 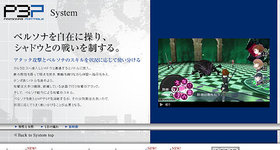