You can now read my translation of Case of Nanaki up on my other website FFVII Novels. Before anyone criticises my translations, I'd just like to point out that I'm simply sticking to as close to the original text as possible.

Despite it's been almost 4 years since Kazushige Nojima wrote the last two stories of On the Way to a Smile, his writing style continues to be simplistic reading very much like a script than a novel. In my opinion, I think he uses too many short sentences and doesn't spend much time building up the scenes. He jumps between the character's thoughts and narration text too often and too suddenly. You can see the difference just by taking a look at the two excerpt translations I done from his stories and the Beast Player Erin novel.

In other words, if you really want his stories to read like a novel, you will have to spend quite some time re-wording.

Still, for an FFVII fan it's great reading these stories with the familiar characters back again, re-visiting those locations from the game.

If you would like to point out mistakes or points requiring clarification, please drop me an email with the following: 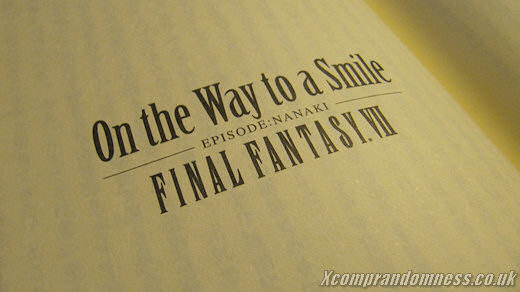 With that aside... The fourth story tells of how Nanaki faces a new foe named, "Gilligan" after separating with the other members of the party and travels to witness life around the world after the events of the original FFVII. Along the way he tries to discern his feelings as a human or a beast.

Some thoughts (i.e. massive spoilers) ahead.

And the highlights for me were...

Vincent shot Nanaki! Never saw that coming. Other than that I think the ending was class reading about the cold Vincent laughing and it fairly much leads neatly into explaining what that opening scene in Advent Children was all about.

What do you know... Nanaki did have children after all! Two too! Wonder if he named them "Pazu" and "Rin" after those Nibel bears? 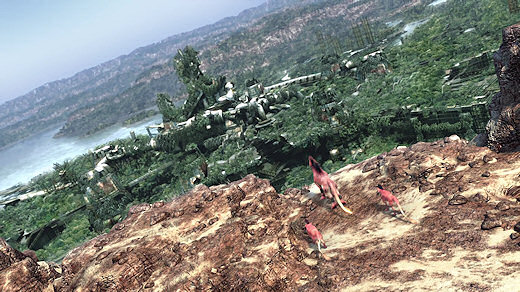 I quite like the perspective on life Nojima uses in this story - Looking at how "small" the world is from a plane and how Nanaki is worrying himself over what he should have done in the past. I think it's clear the message he wants to convey from this story is that it's important to live a busy and fulfilling life so that one doesn't let those occasional hardships get to you.

I wonder what message Case of Yuffie will bring...? 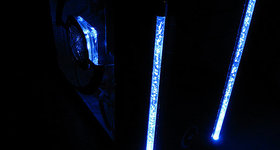 The old PC I gave to my brother broke down for some reason and since the components... 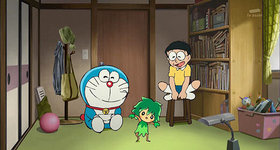 Yes, I still like watching Doraemon. Laugh all you want =P Almost forgot about this...

24 Jun 2009, 8:08:25 am
Thanks so much for your time translating and commentary blurb!
I wonder what was so funny to Vincent in the end? I didn't pi8ck up on that. But it's fun to entertain the thought of him laughing. And it also adds more depth to Vincent's character--makes you feel sad for him, being immortal and all...
I loved Yuffie's description of Geostigma. A fresh twist and perspective on it.
Anyway, thanks again and I hope to read Case of Yuffie in the future! =]

20 Jun 2009, 3:27:26 am
Your translations of these novella are very much appreciated. I enjoy discovering the background and side stories, although, to be honest, I don't rate them highly as stories, but that is the shortcoming of the orginal author. Thank you very much for a fine job.