Building Another PC, Problems with the XFX 8200 Mainboard

The old PC I gave to my brother broke down for some reason and since the components aren't as widely available now, he decided to build a new one with my help.

Nice blue glow eh? Too bad the "bubble lights" on the Galaxy III Black case aren't the sort that really bubbles with water inside. The bubbles inside don't move at all. 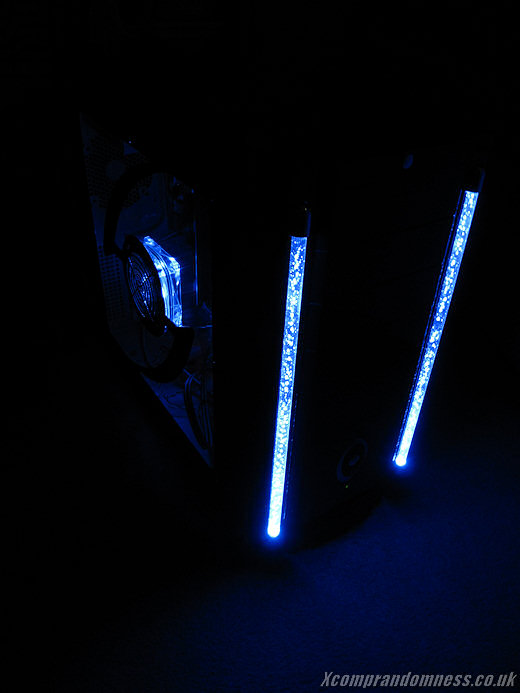 So the side is transparent plastic and there's a switch to toggle the bubble lights on. 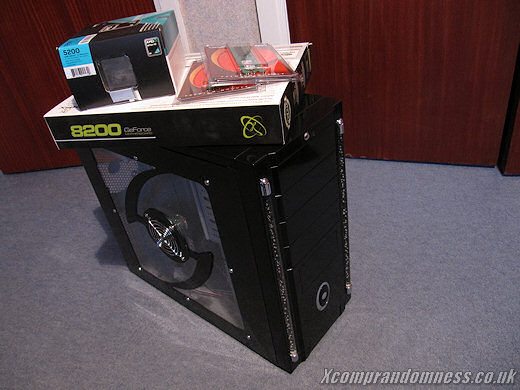 He chose the XFX nForce 780s MCP which has 8 channel HD on-board sound and an on-board nVidia Geforce 8200 graphics chip that can be configured to borrow up to 256MB of the main RAM. 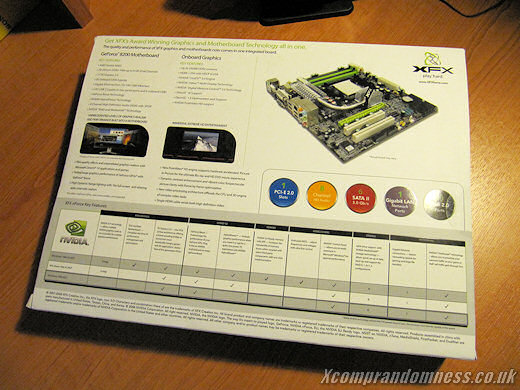 He doesn't play PC games and only works with 2D graphic design so onboard video was fine and this chip has support for HD video playback too if he decides to use it for multimedia purposes. 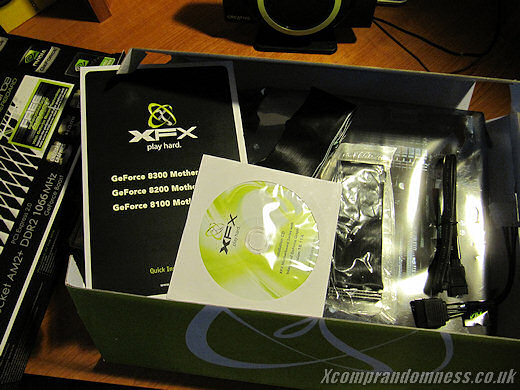 If you're choosing this motherboard, make sure you have the right PSU with 24 pin and 8 pin connectors. Otherwise it won't power on correctly. 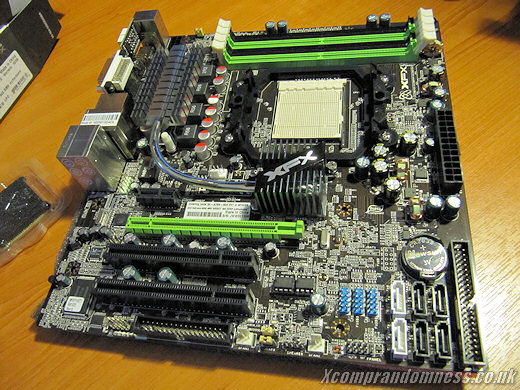 Quite an interesting board because it has two BIOSes, one normal and the other for overclocking. It also has this LED display at the back giving any POST error codes. The downside is the manual doesn't tell you what those codes mean which completely defeats the purpose of having it. It also offers a hybrid SLI configuration which means you can plug in a discrete graphics card and the onboard chip will give it a boost in performance. 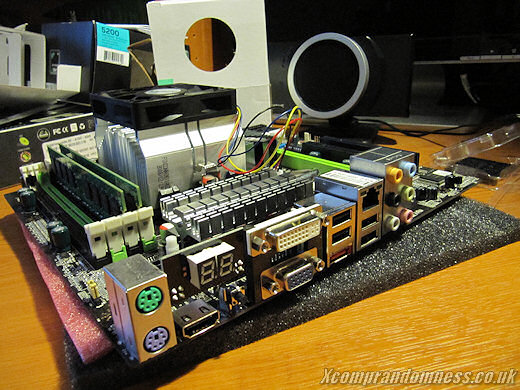 I don't really like its layout though because some of the wires such as the PSU end up blocking the drive bays which means you have to pull it out whenever you need access to them. Also if you still use old IDE drives, the cable ends up over the CPU which blocks the air flow. Putting it into the Galaxy Black case... I guess not all modern cases have screw-free slots 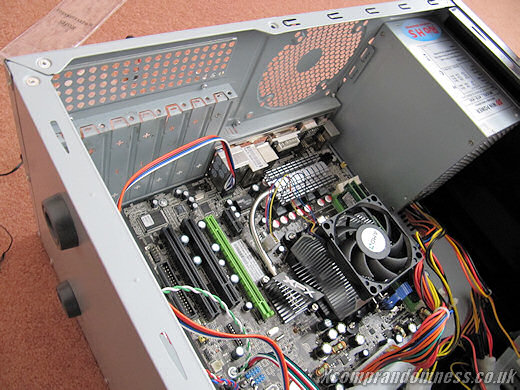 Problems (Again) I ended up with an odd "d5" error code and just couldn't get to the POST screen at all. I had no idea what the code meant either so I scoured the internet for clues and came across all the horror stories people had such as their PC failing to boot again after fixing it. Should have read the reviews before ordering ^^; The specs looked good at the time... 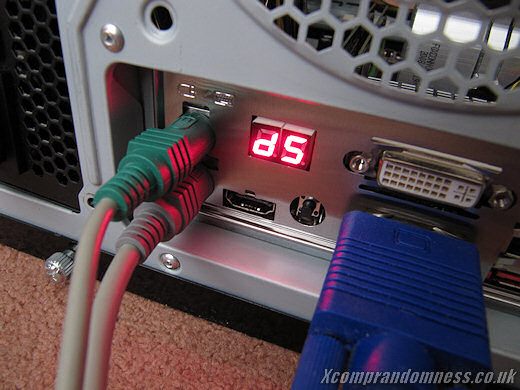 The choice of colours for the LEDs next to the components kind of confuses too because the manual doesn't mention anything about why they're different colours. I thought the red light meant there was some problem with the RAM but it turns out it's all cosmetics. 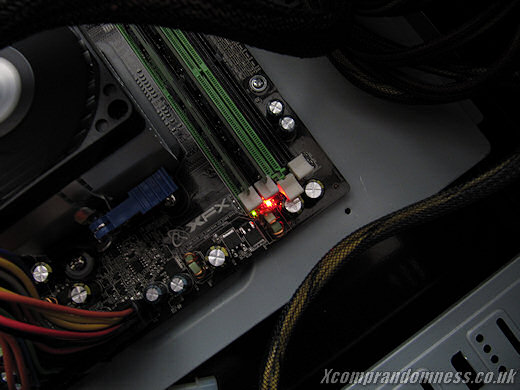 I tried the solutions that worked for other people which were... 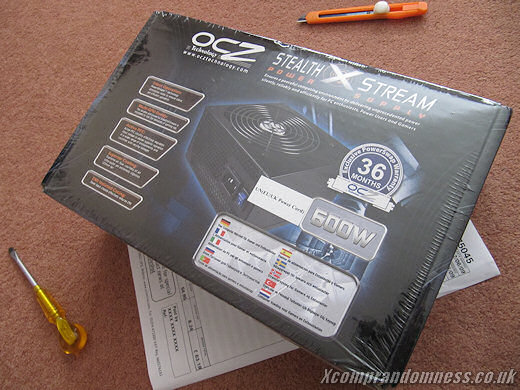 Still nothing... (What is it with Icie and I ending up choosing the same/similar products?) Eventually I put it down to a bad motherboard and ordered a MSI K9N6PGM2-V to replace it and the system booted up just fine thankfully. I think I'll just stick to the well known brands next time and not go for the the ones with bells and whistles. 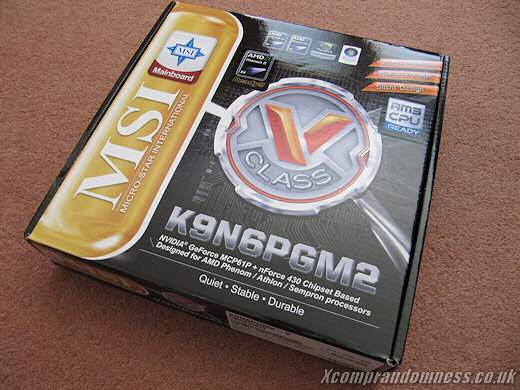 It doesn't have as much room for expansion but it works and caters to the hardware we needed to install. 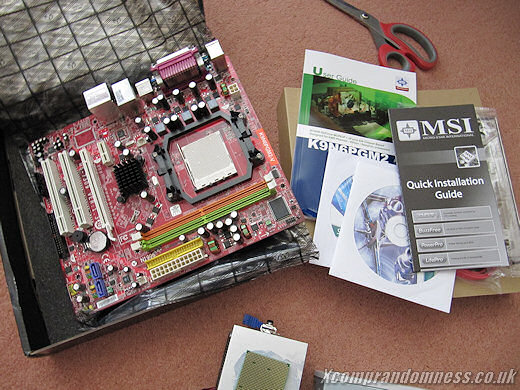 Booted up the free Ubuntu from CD so that it was easier to transfer all the files from their old IDE hard drives over to my little USB one before installing a fresh copy of Windows. Final specs are... 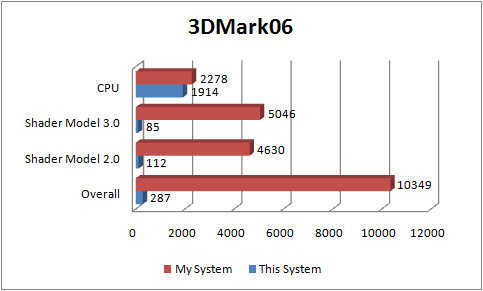 I also learned another new thing about building PCs from this experience. It seems there are two types of thermal paste for heatsinks - the soft ceramique type and the adhesive type. The latter is used with the retail boxed AMD CPUs such as one we chose here and makes it tough to separate the heatsink once stuck together. I think it's used in retail PCs too... Otherwise people would have to keep replacing the paste every so often. Now to sort out the returns. 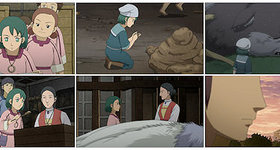 Episode 20 The King Beast Named "Lilan" Erin is given special permission to learn... 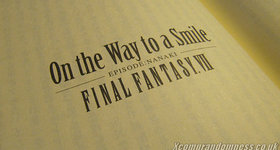 25 Jun 2009, 11:07:12 pm
I had thought about the limited DIMM slots too but it catered for the components used here. By the time the machine needs an upgrade again, the technology will have most likely progressed to the point where you'll have to replace all the main components again anyway - Which means replacing the motherboard again.

25 Jun 2009, 11:58:29 am
I've never had a problem with a MSI mainboard, my KT3V never complains, although it isn't that great for overclocking. I worked in a computer retail shop last year, and the K9N6PGM2 was one of the cheapest AM2 boards we had. Got the job done.
Personally, I wouldn't touch any motherboard with only two DIMM slots, though.

But it's the first time I heard of CUDA though... Only Nvidia cards support it right? Looks like I've been using it without realising it ^^;

20 Jun 2009, 5:22:16 am
Sometimes I end up getting a separate gdx card anyway (even if the PC is just for 2D work), just for the CUDA boost (especially in some operations with Photoshop CS4). Also, the thermal pad thing, there's a trick for removing the heatsink, which is to do so soon after turning the computer off, and use a twisting motion. It seems that stuff gets stiffer the colder it gets, and also, just yanking it vertically could be bad, as it could rip the CPU off the socket (even when locked). I use rubbing alcohol and paper towel to clean off the stuff, works well without the risk of getting water on electronic components.