Part of the prologue to Fragile Farewell Ruins of the Moon at the official website is, "Why am I all alone?" is indeed true of the "survival" adventure game as Seto meets and parts with various characters through Tri-crescendo's latest game.

Seto has been living with an old man in an observatory amongst the ruins but he has recently passed away during the summer. A letter is left behind telling Seto to go to a steel tower in the east where they maybe other survivors like himself so that he isn't alone. As he makes his way there, he meets a mysterious blonde hair girl who is human just like himself and he goes on in search of her, meeting entities along the way and learning just what life was like for people just before they died. 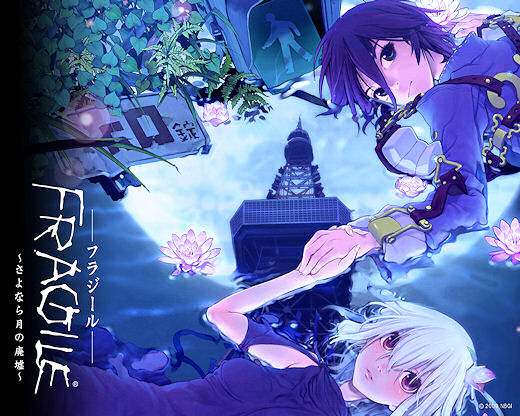 It's been a while since I've seen some more creative use of the Wiimote and here in Fragile, we some of that creativity again. As you explore the ruins, you can hear the ghostly enemies from the speaker if you point in the right direction and the sound gets louder or quieter depending on their distance from you. This obviously helps add to the creepiness of the generally dark surroundings but then again, you also have the chance to hold the Wiimote to your ear like a phone to speak to your companion (who gives you hints) at any time you want instead of just during designated times like in No More Heroes.

Other than that, most of the time you're using the Wiimote like a torch, pointing it in the direction you want to go in and use the nun-chuk to move Seto back and forth, left and right making him strafe sideways which proves pretty awkward at first although you do get used to it. At the same time, you're also pointing your torch which is fairly much your only source of light as you journey through the ruins. Fortunately, objects that can be examined are generally surrounded by fireflies.

In terms of battles, don't be expecting what you would from an ARPG. Being an adventure game, your weapons arsenal range from short range sticks, hammers to long range bows and slingshots which all break after a certain amount of use. They're not very exciting because all the enemies (including the bosses) all have very short and simple attack patterns which make them almost instantly predictable and easy to defeat.

There's a fair bit of item management to be done in the form of Tetris style pieces. Seto can only carry a limited number of items that you can use while exploring. Everything else must be stowed away inside his bag which can only be opened at fireplaces (the save points). This wouldn't be so bad if  the game didn't show Seto taking his time settling down every time you access them or watch the butler (who sells goods) wheel in occasionally. The poorly designed interface doesn't help either as you're only allowed to move one item at a time and each time you do, there is a little delay as you wait for the little dustbin and suitcase animations to finish! What were the development team thinking? Thankfully, there's no puzzle solving.

Tri-crescendo seems to be very generous with save points because they are dotted around almost everywhere, being only a few screens apart. In fact, they're probably the closest together I've seen in all the games I've played so far besides the ones where you can simply access the menu to save. This does help with the item management, especially when there are so many "mystery" items you pick up which tell little side stories of people that have died in the places you explore such as how a mother and daughter were living happily together before the tragedy happened or, the joys and regrets of people before they died; generally about life but there are not cutscenes, just lots of text.

Visually I think the game looks great on the Wii. The environments you explore are generally static like most games but give a good sense of the ruins where people used to be around. Even though most of the time you're groping your way around the dark indoors, there are outdoor environments too which is when the detail seems to drop a little and objects such as trees look pretty artificial in the light. There is also the the odd slowdown in the bigger rooms but loading is very quick taking only a few seconds between areas.

On the other hand, character models look very smooth even up close and are well animated during in-game cutscenes with lip-synch. Pre-rendered cutscenes also play as you progress through the story and although there isn't much animation, they look good rendered in colours and silhouettes. The few characters in the main story are also just brimming with personality too, so much you'll probably grow attached to them such as your early companion PF (Personal Frame) who has a female synthesised voice  and even though she is quite an incompetent guide, her character brings in some humour into the otherwise much gloomy stories you'll come across.

There is no background music most of the time besides during the cutscenes and when enemies are about, making use of some grand piano scores by Rie Saitoh. By looks, most of the enemy designs shouldn't give you much of a scare but as I mentioned earlier, Tri-crescendo's made good use of sound effects coming both through the Wiimote's speakers and the TV to recreate a creepy atmosphere.

Fragile is very much Tri-crescendo looking at philosophy from a different angle again much like they did in Eternal Sonata. Unfortunately a poorly designed, slow menu interface and awkward controls make Fragile a slower paced game than what it could have been although perhaps these will get fixed when the English version is out later this year. On the other hand, creative use of the Wiimote and a cast filled with lively characters make it an interesting play if you can ignore it all and don't mind the sad little stories of the deceased you come across. 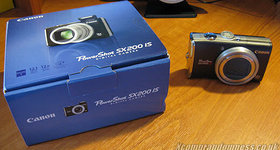 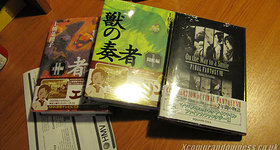 Looks like I didn't have to wait long for my novels after all... Look what the postman...

11 Jun 2009, 7:49:24 am
Wow, I've known about this game from the start, & always thought it interesting. But didn't know a lot about the story, if anything, last time i read about it. The plot though has me very, very interested now, plus the mood & setting. That & it was done by Tri-crescendo is of cause a big plus.

I need a new Wii game. The last one I bought was SSMB, & haven't played that for a while so.... Plus I have a Free-loader disk & my Wii doesn't go on the net so that NA release looks to be very tempting.

Nice review. Apart from its faults that you mentioned, that's a f^%*ing awesome trailer I just watched so I'm sold. : )