Makoto Shinkai Moves Back to Tokyo

It's been a while since we heard Shinkai mention anything about his new piece of work. After taking a detour and spending some time in Greece before returning to his home in Nagano, he wrote yesterday (or technically the day before) that he has moved to a new apartment in Tokyo, Shinjuku. He gets pretty tired out just thinking about all that moving and the expenses since last year.

As for his "epic" new work, there is still nothing concrete that he can inform his readers but, he believes that he is working from the right point. It also looks like his staff will no longer have to work in his apartment because he's in the middle of setting up a separate studio. 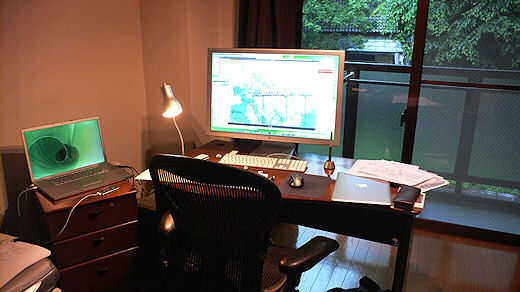 So anyone care to guess what's on that screen? I can just make out the paint palettes ^^;

Too bad Shinkai's camera adjusted to the light in his room and not the screen. Looks like he's quite an Apple fan too. 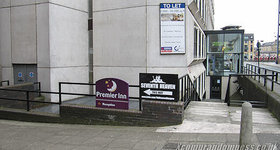 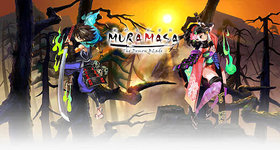 Muramasa The Demon Blade (Oboro Muramasa in Japan) is set in the Genroku Era towards...

7 Jun 2009, 2:33:37 pm
I can make out a bridge with tall columns holding it in the middle of a forest in the screen.
I tried to look at the storyboard on the bottom left or the sketches on the right of the table. But couldn't figure out anything.

It was good to hear from him again. And I really like the new apartment of his. The view looks beautiful.
Although I got used to the messy room he works in.
it'll get messied once he starts working maybe.