Muramasa The Demon Blade (Oboro Muramasa in Japan) is set in the Genroku Era towards the end of the 17th century and has two intertwining story lines, unfolding differently depending on who you choose, namely either a princess named Momohime or a runaway ninja named Kisuke. Both features the powerful self-repairing Demon Blades forged by the spirit of a legendary blacksmith named Muramasa using souls. 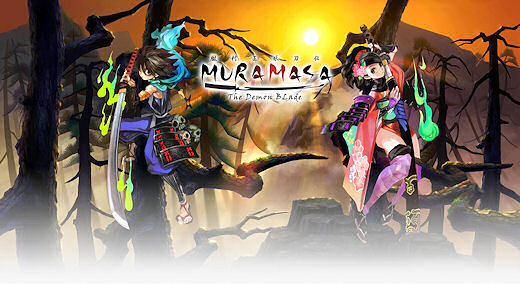 Playing as Momohime, the story tells of an evil swordsman "Jinkuro" who tries to possess Yukinojo's body for his power but ends up in Momohime's body instead. She is forced out of the castle and now Jinkuro wants to find the blade that will help him return to his original form but first, he's going to have to protect his current host and break through a number of barriers created to keep evil spirits like him at bay. With the help of Kongiku who is a fox deity with great affection towards him, he makes his way through gathering blades and cutting through his enemies.

Kisuke on the other hand wakes up having no memories of his past, only to find a group of Ninjas after him for trying to leave their group and killing many of their comrades in the process. He is then approached by Yuzuruha, yet another fox deity who is impressed by his swordsman skills and wants him to collect lots of souls as he travels around with his stolen Muramasa. Wanting to know his past, he works away across the lands.

Being an action game, the majority of the game is what you expect - Hacking through lots of enemies while using your reflexes to stay alive. There are initially two difficulty levels "Musou (Easy)" and "Shura (Normal)" with a third level unlocked once you finish the game. Rather than using a large set of buttons, move execution is very simple requiring you to hold the analogue stick in a certain direction and hitting the A button although, a separate button for jumping instead of moving the stick upwards would have been better because of this. There is also the special move you can execute whenever the Spirit Bar is flashing by pressing B.

The interesting thing that makes this action game a little more unique is that you're equipped with three Demon Blades of your choice each time and each of them has their own special move and attributes. A "Spirit Bar" acts as a kind of durability gauge and every time you defend or clash with enemies, the gauge drops and eventually your blade snaps. You then have to switch blades and wait for the broken one to recover. It's an interesting system to say the least because you have to know your blades well and not rely on a certain move, forcing you to change strategies.

You make your way through areas with the help of a overlaying map much like Castlevania or Metroid and encounter groups of enemies. You're then locked in the area until you clear them (unless you use smoke bombs to escape) and you gain experience, some cash and some souls. Yes, souls! To recover your health however, you need to eat food and this can be bought as items, eaten at shops or cooked yourself. With the life energy you gain from eating and the souls, you can forge new more powerful blades. There's not much choice to be honest despite seeing your choices branched out but it's always good to have a goal than level grinding aimlessly.

Besides the main story where you work your way to an area and defeat the boss to progress the story, there are also the odd sealed shrines that you can fight for more powerful enemies too. The blades acts as keys to undo seals of different colours and it's kind of a chore to backtrack to the different coloured shrines with the sparsely populated transport links.

Feudal Japan and its fantasy folklore comes to life in Demon Blade with its collage of villages, mountains, caves etc and they aren't static like most games with leaves swaying in the wind, water running and variety of weather effects. There's a fair bit of trudging between areas but with these kind of environments I'm sure you won't mind backtracking when most of the time you're too busy fighting off enemies to enjoy the beautiful Emaki style graphics.

What I particularly enjoyed was the little food animations you can step through whenever you cook or eat and I'm not talking just watching the character's mouth move. Just to give an idea you can watch the screen dipping a piece of sushi into some soy sauce before eating it or the Dangos disappearing one by one off a skewer... It's done so well, it will probably make you hungry and want to try some! Fortunately, you're not forced to watch them and can hold down the A button to skip through quickly.

However, that's as far as it goes for animation. Other than the fluid in-game battle and delicious looking food animation I mentioned above, there are no pre-rendered or even real time cutscenes. Whenever there is an event scene, all you'll see are the characters standing still, "moving" their mouths which may bore some as some of the events can be quite long and can't be skipped.

Music works great with the scenarios, sounding very oriental with a little bit of pop mixed in and there is full voice acting which means even all the NPCs are voiced. Interestingly enough, Momohime's voice actress Miyuki Sawashiro did Jun's voice in Persona Trinity Soul. Demon Blade makes use of old Japanese which is a fair bit different from the modern day Japanese so it will be interesting if they manage to keep the same style of speech in the English version.

Muramasa The Demon Blade is a fun action game with its blade management system and beautiful feudal Japanese artwork. The game may seem short at first taking only 9 hours to run through with one character but if you want to see all the endings, you'll be replaying for well beyond double that and I highly recommend it for the extended story. 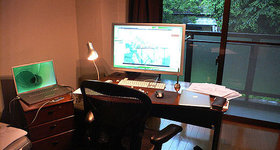 It's been a while since we heard Shinkai mention anything about his new piece of... 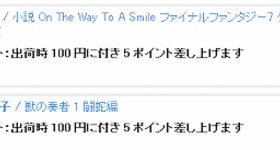 5 Jun 2009, 5:45:32 am
I really like the character design in this game. I... actually watched my friend play it in Japanese. The small detailed scarecrows on the background with hiragana face made me laugh really hard! It's so lovely!! I really don't like jumping with the analogue stick either X_x erkk

Do you think there is a chance for a sequel?