Kuro meets an old acquaintance Shinra who once left the Sacred Land together with Reishin. They battle it out but something seems to be holding back Kuro. Meanwhile, Yuki was confronting her Master Root Akane but was surprised to find she was pitied and that Akane wasn't afraid of dying. Just as Kuraki enters to kill Yuki as part of his plan to control the Kaionji Group, the floor collapses, giving Keitai and the others a chance to escape together with Yuki. Unfortunately, Raiga catches up with them and Akane is left to escape with Yuki but their helicopter is caught up with trouble.

Kuraki brings along his trump card and gives Keita the chance to side with him or to die. However, Keita's decision to stop Kuraki's plan to control the Doppel Liner system remains and a fight breaks out. Raiga has the upper hand and as Keita's Tera energy is drained, the Synchro between him and Kuro also fades. Suddenly, two emblems appear on both of them and Keita is revived. They had broken the system. They manage to defeat Raiga but just when they thought it was all over, everyone around them collapses and the Sacred Land appears before their eyes.

As Kuro and the others enter the Sacred Land to investigate, they come across an unfamililar Guardian who calls herself Nam. She explains that her race's responsibility was to observe and record history revealing that there was a Spiritual Stone known as the "Spirit Ruler" in the Sacred Land that had the power to destroy the world. This power came from the Masagami (True God) from long ago, born from Tera together with Guardians and humans, living in different worlds. However, he wanted to conquer all. Eventually, mankind gained the ability to exchange hearts with Guardians to Synchro and they fought with the Masagami and after hundreds of years, they finally defeated him. However, before he was sealed with multiple Spirit Stones he managed to create the Doppel Liner system as a curse. Now many Guardians were after this power including one who they thought had died.

Excel contracts with Mikami and the two of them head off to find Reishin but despite their efforts, they fail to defeat him. Meanwhile, as Kuro and Keita fight their way through yet another Guardian, both Nam and Keita sense another side of Kuro. 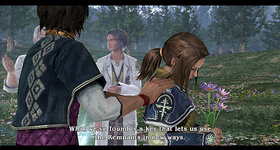 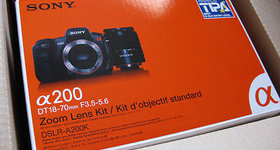 Finally decided to take the plunge and went for a DSLR because I like taking night...