Shifting the Layout A Bit, Blog Content and Friend Codes

You'll probably have noticed I've moved and changed a few things on the blog today and it's all temporary until I get round to building my new theme. I've already sketched out the designs but the problem is the graphics and coding work involved. Some of the ideas I'm not sure how to appraoch yet and will require some research. It will all probably be started after I've finished Atlus' new MegaTen spinoff title "Devil Survivor" and have finalised the review for it. Should be free to do it then because as you can see, my release radar on the left is empty. Nothing's really catching my eye on the gaming scene at the moment.

I'm going to have to do something about the left bar but not sure what. Currently I think there's just too much text there but I also want to implement RSS feeds from other blogs I check daily. 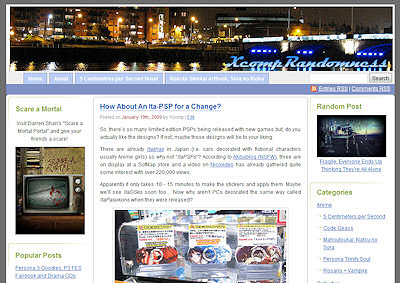 The following the changes made.

Blog content is taking priority over the layout and speaking of which, I know there's quite a number of returning visitors but for those of you who are one of them, what is it that brings you back? Judging by the stats Wordpress and Statcounter gives me, it appears few are interested in the summaries I've been working on lately. Persona posts are topping the daily ranking as usual but, those aren't returning hits so it would be interesting to know what my readers are looking for here (besides surfing out of boredom) ^^; 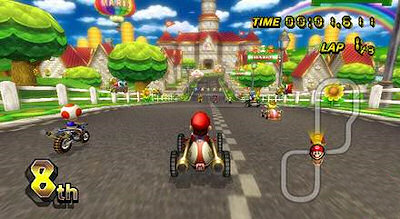 Also added a temporary box showing my Friend Code 5026-4760-4605 for Mario Kart Wii if anyone wants some friendly competition, drop me an email or make a comment here!

Both players have to enter each other's FC before they can compare ranks and invite to races so you won't really have to worry about any abuse. I still join in the fortnight competitions so it will be fun to see how well I do compared with my readers.

Anyway, back to surviving in Devil Summoner! 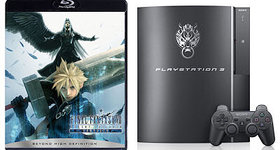 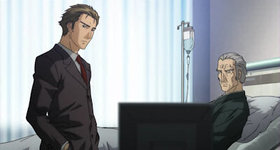 Keep up the good work, and thank you for giving me great informations with your blog <3

20 Jan 2009, 12:24:09 pm
Hm... I'm mostly keeping watch to Persona-related things, but I also occasionally read your blog for reviews on RPG games and the new products or animes sometimes... My internet connection is a bit annoying sometimes, so I usually skip the anime summaries that you have... And I really enjoy random things like Code Geass in Pangya. Your translations and details in describing products is also good :)

Overall, it's a really nice blog :) Sorry if my coherency is a little bit lacking, I'm a little bit dizzy now *_*