Episode 3 Summary
"Hand in hand, shoulder to shoulder, back to back and then...
It's OK to touch above the clothes, isn't it?"

Touya just manages to pick up the phone after returning to his room. 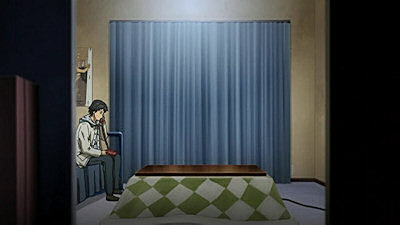 It was Rina calling asking if she was still his goddess of good fortune for the day. He was grateful that she brought Yuki along and she tells him that it was because she told Yuki to show her boyfriend. Just as he was asking him about what fortune Yuki brought to him, the doorbell rings and he finds Haruka outside again but this time she wasn't here for a walk. The university was making use of a new computing system and they had to re-register as well as attend orientation day on Saturday. Haruka was offering to go gather information for him if he was too busy but, Touya answers he'll make it before returning inside to speak to Rina. 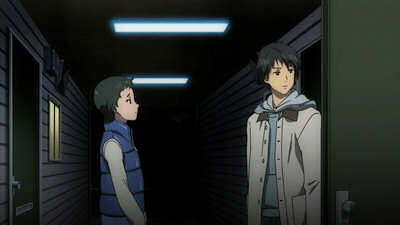 Rina decides to offer him a little more good fortune just before she goes. She invites him to work as her manager's assistant because sometimes they didn't have enough help at the studio. Touya was hesitant because he had other part time jobs to cover but, Rina insists that it was just for a days between Thursday and Saturday and won't take up all his time. The manager at Echoes had already given permission too and Yuki will be around. Eventually he agrees and hangs up happily. The phone rings again and he finds it was Yuki calling. 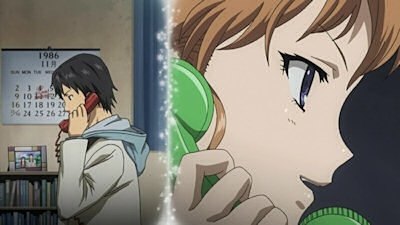 Yuki had been trying to ring for a while but she lets him know she didn't. Touya could tell she was lying and he too tells a lie too saying it was Akira who was calling earlier. In his mind, he secretly wonders if he'll be found out. Yuki goes onto explaining how she was taking a break and she wanted to talk to him about inviting him out on Saturday. Hearing this, Touya immediately speeds out of him room to find Haruka still there. He asks her to help him register on Saturday, handing her his stamp before running back inside to let Yuki know he was going to be free that day. Before they could discuss where they were going to go, Yuki hangs up. She had decided to keep her calls to five minutes now. 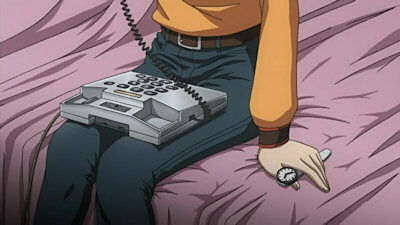 Soon it was Saturday. A call arrives asking if Touya still wished to tutor but he cancels it and makes his way to the studio looking for Rina's room when her manager barges pass him angrily. The President Eiji walks out to greet Touya explaining he will be Rina's new manager. He warns that he is the president here and can always fire him. Touya thinks to himself he really wants to get fired right now. They are interrupted when Rina peeps out of Yuki's room signalling them over. She was hiding because he didn't want to face her former manager when he was being fired. Yuki was enthralled to see Touya here. It also made Touya change his mind to work hard for the next three days. 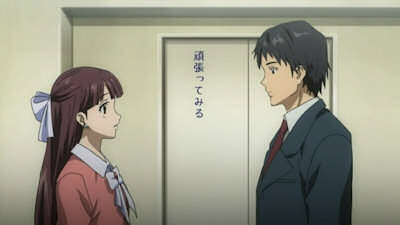 It was time for Rina's performance. She sings on stage while Yuki and Touya was on opposite sides of her. Eiji was being complained from the other president Kanzaki about how the other idols had nothing to do because they had been so scared by Rina. He sighs as he remembers how Yuki hasn't been performing well lately either. As Rina dances she glances to the side and finds Yuki waving happily over to Touya. Rina puts down her mic and stops singing. She angrily pulls Yuki and Touya outside to have a word. 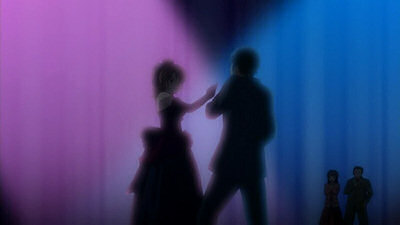 Some time later, all the staff including Eiji were standing outside her room as she vented, throwing things about while loudly complaining about how Yuki and Touya were treating their work. Meanwhile, Yuki and Touya were alone on the room. Rina had slapped him on stage on purpose to make time for them both. Standing side by side leaning on the rails, Yuki tells him not to worry. She really liked Rina and admired her greatly.

Yuki suddenly walks behind Touya and embraces him. Touya thinks back to the time when they first met at the entrance of their junior high school and asks if she ever thought they would end up together like this. Without moving, she answers she did while Touya was actually surprised. She had decided where to go the next Saturday and says that she had a secret to tell him. It was going to be told in two halves. One on Saturday and the other some time later. Touya jokes how it was part of her plan to keep the meetings going and they laugh. She reveals she wanted to meet at Hotarugasaki where they first met just before Rina appears to slap him again. 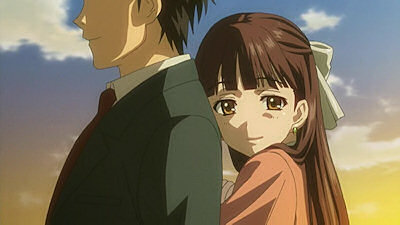 The following Saturday, Touya gets a call from Yuki letting him know she was too busy for another recording with Eiji. Not long after that, he gets another call saying he was fired by the studio for some reason. With all his jobs gone he had no choice but to return to beg his father for help because his rent was due to expire next year February. Kneeling outside his door, his father looks down and asks who was it that threw away the food he had given him. Touya stays silent and his father returns inside to gather some food, throwing them down at his son. 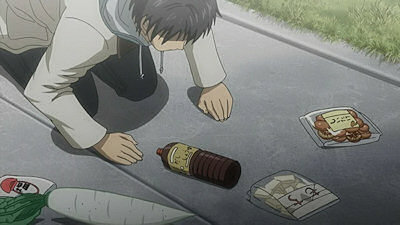 Moments later, Touya had returned to campus and finds someone has been trying to requested his mentoring skills. It was a junior student named Mana Midzuki and was offering two times the payment. He happily grabs the receptionist's hands and asks for her name, deciding that she was his goddess for the day. He leaves for Mana's house but finds no one answering when he rings the doorbell. He looks up just in time to see the curtains close. Desperate for cash, he sits down outside to wait until a paper plane flies down asking him to go home.

On his way back, he stops by Echoes and lets Akira there know he lost his job again. Suddenly, Rina bursts in through the door. Touya tries to ask why Yuki was fired too but Rina tells him to wait and quickly rushes inside. She returns outside ushering Eiji away and just before she leaves, she smiles at Touya letting him know she will sort everything out.

Touya thinks to himself that Rina brings both good and bad fortune as well as mystery. 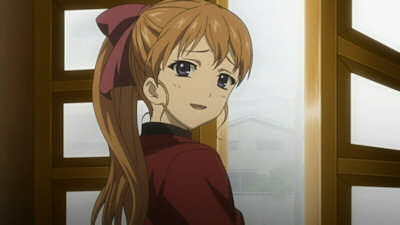 Ouch. I wouldn't like to be in Touya's shoes having to beg the parents like that and then being thrown some food. Not good that he's lied about talking to Rina. Might end up biting him back some time later in the show. Maybe some time in between the two halves of the secret that Yuki's going to tell him? Somehow Yuki's career seems to be more important than Touya.

It's a pity he lost his manager position so quickly. I think Rina managed to get him a cleaner's job when we see that shot of the brooms and mops at the end.

It's so handy that one can just sign documents with a Inkan signature stamp in Japan. I've got one hand carved too for £15 (US$22) except I have never used it and it can't be used the same way over here anyway. Even back in Asia it's usually used in creative works only as a form of signature. But if I ever end up publishing something, I will most likely use this. 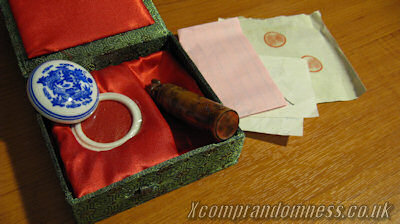 Well, Shinai - Deep Love (shin-ai not shinai) is out and the full song's good. Usually the full song changes so much towards the second half that it sounds bad. I still find myself watching through the opening just to listen to this song every episode.

PV's not too bad although I like the Rosario Vampire OP "Cosmic Love" more. I think the song she sung as Rina this episode will end up appearing on the OST if not, a separate character song album. Probably the latter. 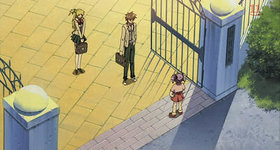 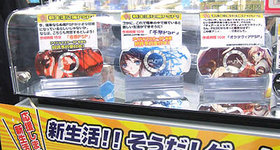