Rideback takes place in the year 2025. The daughter of the famed Yuki Ogata, Rin is performing ballet on stage as she narrates how the world was changing with a resistance group known as the GGP taking over and starting a revolution. However, Rin didn't care and only focuses on her performance on the stage. Her world where she can feel her own existence. 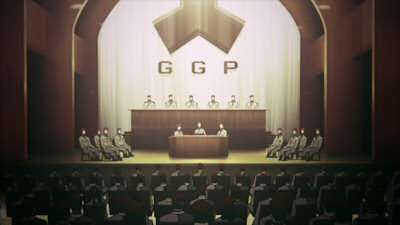 But suddenly, she slips and is unable to recover. The lights go out and she repeats how the world is changing. 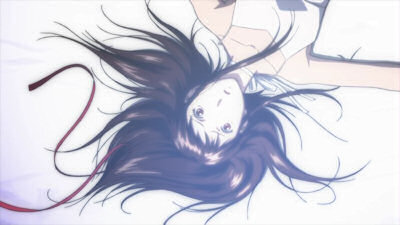 Some time after the accident, Rin is together with her friend Shouko Uemura ready to begin a new life at school. The cherry blossoms were in full bloom and she was excited about the new dorm they were going to live in because they had their own bathroom and all the daily necessities transport and the convenience store were very close by. 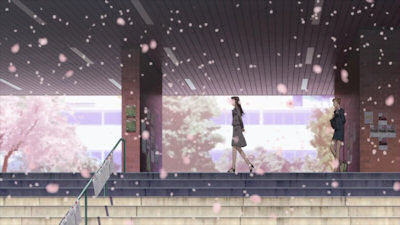 After making a call to her aunt and confirming once again that she didn't regret her decision to quit ballet, they go down to the cafeteria for lunch. She gets recognised as the famous ballet dancer by one of the students Suzuri Uchida who starts rambling on over how much of a fan she was. So much in fact that Shouko gets a little angry. When another one of the students Miyama who had auditioned together with Rin before also recognises her, Shouko makes an excuse for Rin to get away from them. After she leaves, Uchida was disappointed to learn Rin had quit after she tore a ligament during her first performance. It seems she was aiming for something that was more satisfying than ballet now. 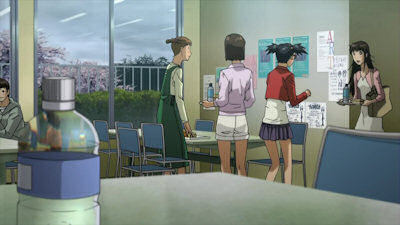 She walks off alone and stands outside a shed. It begins to rain. Hearing a noise, she peeks round just in time to see two big metal hands grabbing the edges of the door before a man drives off on it. Suddenly, a loud thunder echoes across the sky and Rin is forced to take shelter as the the downpour begins.

Inside, a slimmer looking man with glasses thought she was here to join the Rideback Club and offers her to try out one of the machines he had been tuning up. Despite trying to explain, the man insists she gets on just to waste time while it was still raining. He was surprised how nimble she was when Rin jumps onto the machine in one smooth effortless motion. He introduces it as "Fuego" which was "fire" in Spanish and explains Ridebacks aren't well known yet but their popularity is growing with competitions being held. It was mostly controlled by computer but also allowed voice commands. No license is needed to drive one but the vehicle hasn't been officially approved for use on the roads. 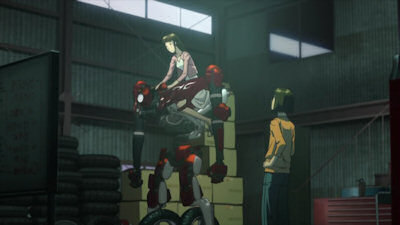 As the rain stopped, the man suggests Rin gave the Fuego a whirl outside. Unfortunately, there was a little problem with the machine and Rin ends up driving off with it on the road. At first she was scared but soon noticed the Fuego responded to the way she moves. She was enjoying the ride and was starting to test out her ballet movements with it. 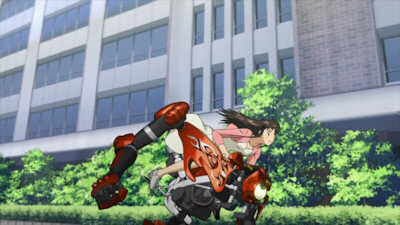 She was so caught up, she didn't notice the obstacles she was running into until the computer reminded her but, the controls shutdown as she presses the "Forced Shutdown" button. After speeding along some sparsely populated streets, Rin speeds pass the man from earlier. He catches sight of her and rides alongside trying to help her out by re-wiring the system. He manages just in time but Rin doesn't put on the brakes in time. 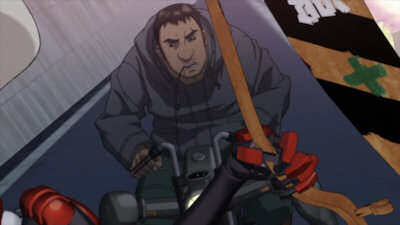 Rin speeds off the end of a road into the air but she was smiling as if she was flying as everyone watched her. The world was changing. 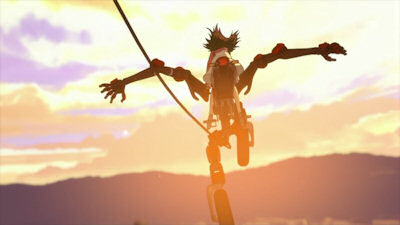 Smooth fluid animation but then again, it's from Madhouse. A lot of the scenery reminds me of what I saw in Death Note actually. Saying that though, the ballet and the cherry blossoms falling looked great. It actually looked like snow and I was reminded of Shinkai's 5cm. They can't be falling at 5cm/s with the wind blowing this strongly in this show! Only quibble I have is they used a bit too much light rendering the scene.

Character designs on the other hand look kind of odd... Some of the faces look stretched and facial features look a little oddly positioned. Funny Rin has bits of hair sticking up. Does that make her look cuter and more innocent? Or is it to show she's gone wild?

This is also the second show I've seen with Nana Mizuki's voice in it and I didn't recognise her voice. How many different voices can she do?

As for the show itself, I'm not quite sure what to think yet because the plot is still kind of thin at this stage but, the Rideback is looking very interesting with its design. I think it would be cool to ride one of these machines but, only if they had some cover for colder and wetter weather. It kind of reminds me of Viper Creed's own bike mecha except without the weaponry.

Rin said "The world is changing" three times this episode only, she had more emphasis towards the episode using the subject particle ga instead of wa which hints that, she actually wants it to change now and that she may also be the greatest influence in the change whereas earlier, she didn't seem to really care. I wonder what this "change" will be? Did the writer get any influence from Barack Obama by any chance...? Probably not but, interesting to see he was the associate director for Ghibli's Spirited Away which was one of my favourite movies.

Might just be me but, I didn't catch too much humour either besides the teasing shots where it looked as if the guys were peeping at her panties. Well, apart from the tennis guys but that was unintentional. 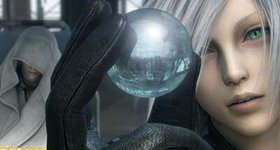 Just look at the reflection of Edge City on that Materia... Can't see that much... 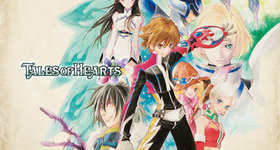 Tales of Hearts, as you may have guessed from the title, focuses on hearts. It...