Lets take a look at how my blog's been doing over the years since I first began it with a free Blogger account. It's shifted between various places since then and it's a pity I don't have screenshots that go that far back.

Still I'm fairly satisfied with the growth of traffic. In fact, I'm surprised considering how it's doing better than when I used to update it daily with gaming news. It must be all the Persona posts but, the top ten posts seem to say otherwise.

The top ten posts of 2008 were the following according to Wordpress' stats plugin.

A Bit of Analysis

Final Fantasy VII remains popular. Both posts knocking up close to 10,000 views with a lot people still arriving here searching for images of Cissnei and how to open that safe at the Shinra Mansion in Crisis Core. I hope it doesn't turn into too much of a spoiler thread for people!

Similarly, Atlus' Persona fan base continues to grow with a lot of people still arriving here looking for Persona 3 images. If you still haven't watched the fan illustrated P3 drama CDs, I recommend you go watch them. They're hilarious! Of course, it's best if you've played the game to understand some of the references.

Many people have also been searching for Monster Hunter Portable 2nd's English release and have been arriving at my blog for some reason. Probably because my domain is in the UK but checking the referrals, I'm surprised people have mistaken the Japanese release date even though the images I have up are in Japanese... At least the good news for those people is the game is due as "Monster Hunter Unite" sometime in Spring in Europe.

The "adult" posts about the fake DS visual novel game and To Love Ru only managed to shoot their way up into the charts over the last three months, just overtaking the third part of the 5 Centimetres per Second novel. Seems quite a number of people are looking for official adult visual novel games on the DS.

I wonder how many people know about the 5cm novel considering the English Wikipedia entry contains nothing about it and how it contains a lot of detail not found in the movie. I can't be bothered registering just to edit the entry myself, though.

On a side note, why is it that everyone who searches for "Makoto Shinkai Artbook" from Google ends up at the covers post instead of the actual review page! Oh well, guess it'll correct itself as more people link to the proper post.

I will be renewing my annual subscription for the host soon and I'm wanting to do something more with this domain such as creating a more interactive site but, I don't have any ideas about what to do yet. I guess the first step is to familiarise myself more with CSS, PHP and AJAX. After that, I can see what I can do.

For now I'm unsure where this blog is heading but, I'll be working on a new Wordpress layout. I changed it slightly not too long ago but, it still looks too common using a theme someone else designed at the moment. Just browsing the web and then suddenly coming across another blog that looks almost exactly like your own doesn't feel right.

Speaking of which, I've been having some problems accessing my blog. I get time out and "500 Internal Server" error messages and, the support staff haven't been able to pin down what's wrong... Is anyone else having problems? My host Daily is guessing it might be their session time-out script i.e. I've been connected too long but I've never had this problem before. I might have to consider changing hosts.

Looking forward to how the traffic and post popularity goes this year round! Will it fall or will it rise as the content and update schedule continues to change...? 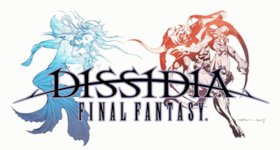 Ever wanted to see all the good guys of Final Fantasy team up together in one title to... 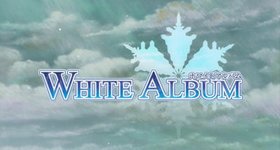 Not going to write long detailed summaries anymore because they take up far too much...

4 Jan 2009, 6:11:31 pm
That's some really impressive stats. Congratulations! Glad to see business is booming on your end. Happy New Year, and may you get triple that traffic this year.

I can't really say much about your game posts since I'm not into gaming myself, but do keep up your enthusiastic reporting and blogging of Shinkai-related stuff, since they're always welcome to a fan like me. Cheers.