Ever wanted to see all the good guys of Final Fantasy team up together in one title to battle it out with the bad? Well, now you can in Dissidia Final Fantasy.

The story begins when the Goddess of Harmony, Cosmos is once again at battle with the God of Dischord, Chaos. However, the balance is now tipping towards Chaos as he builds a great army summoning warriors from other worlds and the destruction of the current one draws near. Now it's up to the ten warriors Cosmos has summoned to collect the crystals that will turn the tide back in their favour.

Starting the game, the player is made to set up a profile, entering a name and asked how much he/she plays and which day can the most time be spent. The reason for this is there is a calendar that gives the player special bonuses during the game. Then after a very long pre-rendered opening (which is skippable), you're given the option to run through a tutorial. The game itself is basically separated into two parts - a board game part and battle part.

The board game part is like a chess game full of items and enemies you have to defeat to get to the king except in this case, you're after the Emblem of Chaos. You're also given a random list of skills that you can use to help you strategically navigate about the board and save those Destiny Points.

Destiny Points (DP) are allocated for each action you take and determine any bonuses you get at the end which means, you will want to consider your moves carefully if you want good rewards. Fortunately, you're also given the option to fulfil certain conditions in battles to earn extra DP which adds to the overall variety and challenge of Dissidia.

As if the DP saving and side mission goals aren't enough, there's a lot of customisation that can be done too allowing one to wear equipment and set the abilities (moves) each character can make use of. FF fans will recognise all the familiar names such as the elemental spells and they are very easy to  execute much like Smash Brothers. Some accessories even set conditions for you to fulfil before they give bonus effects such as keeping your HP full to double your  attack power.

You could even send your opponent flying and rush in Dragonball style to perform combo attacks! However, the fun thing is your opponent can dodge and then it's a matter of timing the key presses to dodge their attack before trying to attack again. It works amazingly well and is pretty amusing taking turns to swipe at each other during these sequences.

As you attack an Ex-Mode gauge builds up and you can perform a sort of limit break. Once Ex-Mode is triggered and you successfully land an attack on your opponent, there are different kind of reaction sequences to go through depending on the character although mostly it means hitting the right buttons quickly. Again, this helps to expand the great variety that Dissidia already offers.

Battles take place in real time in giant arenas complete with traps and there are mainly two types of attack moves. One to steal Brave Points (BP) from your opponent which are needed if you want to use your other attack to actually deal any damage. The more BP you accumulate, the more damage you can deal. Stealing them all means earning a "Break" to inflict even more damage so it may seem like you're winning sometimes watching the low health your opponent has but, the tables can be turned instantly and that's what makes the battles all the more exciting and challenging.

Characters level up and gain experience as they fight in battles and you can find your opponents double the level of your own sometimes say level twenty-five against a level fifty! However, I found it's all about knowing how to make use of the moves each character possesses as in other beat-em-ups. I found it very easy to exploit Dissidia's AI using long range fighters such as Tina Branford from FFVI because no matter where she maybe in the arena, her magic attacks always successfully hits your opponent as long as you're hiding. Obviously this wouldn't work on human players during link matches.

Presentation is top-notch with very large wide open arenas to fight in and some are of very familiar scenery if you've played enough Final Fantasy games. One can really feel the damage taking place as the destructible environments fall apart such as pillars crumbling into pieces or, characters making holes in the walls as they are smashed into them!

Character models and textures are detailed and their movements all feel very natural. It's great to see characters as far back as the first FF game being modelled in modern 3D although it's a little weird hearing them speak for the first time. Then of course there are the ones that never did speak such as Squall. You just might also notice a slight difference in their character designs because Amano's work has been re-done slightly by Tetsuya Nomura who is known for his FFVII and Kingdom Heart chararacter designs. It's also a pity there are no cutscene sequences for the summons but, the illustrations are great to look at.

Besides the cut-scenes, there's no voice acting during the dialogue boxes but it's all done very well. It's fun watching old adversaries back again such as Cloud versus Sephiroth but also how the characters from different FF titles get along together. Those who watch Code Geass or are fans of Atlus' Persona 3 may recognise Akihiko's voice, Hikaru Midorikawa right away as Firion from FFII and also Lelouch's voice, Jun Fukuyama as the Onion Knight. In fact, there's lots of familiar voice actor names including Megumi Hayashibara known for her role in Slayers too! And as you can guess, you'll be listening to little bits of familiar remixed FF music including One Winged Angel.

Dissidia Final Fantasy's story may seem shallow with the light and dark clashing again but, I find the paths each character goes through can actually be related to as they face their problems from their FF story. It is a quality action strategy game as expected from the likes of SE packed full of content. There are plenty of battles to last for hours and even more if you want to finish all the side missions or collect all the rewards. 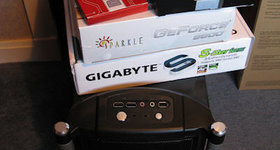 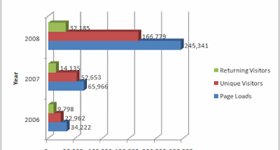 A Bit of Analysis Thoughts...

3 Jan 2009, 5:22:33 pm
I agree with you. The only problem is that I can’t read the Japanese... so I not to sure whats going on with all the quips and what not.
Oh well, the basic fighting system is really fun, and I love to beat the crap out of cloud.