The Petition for Persona 5 Begins

Persona 4 came out Friday in the US and Europe will be getting it soon too in Spring so, what better time to talk about Persona 5 now eh?

I don't think there's really a need for a P5 petition because I'm sure Atlus will be continuing the series for a long time. I remember seeing a chart where they stated they're increasing their investment in the series as well as Trauma Centre.

That said, someone by the name of Femto has submitted one on Friday, asking for P5 to be developed for the PS2.

So far, one other person has signed agreeing that it will be fun if the MC was customisable although the PS2 DVD may lack the capacity to cover all the variation.

As for me, I like the idea too... Only fair to the female players. It would also increase the realism if the NPCs reacted differently depending on how one has customised the MC no?

I'm not so sure about this whole "mirror world" idea, though. P4 already kind of did that making the characters accept their darker side which, is kind of like a mirror version of themselves in a way.

To be honest, P4 was pretty much exactly the same as P3. If Atlus follows the same formula again for P5, I think I'm going to be bored.

The other point is, I think Persona fans are waiting for a PS3 Persona game. I'm pretty interested to see what Atlus would do with its hardware. 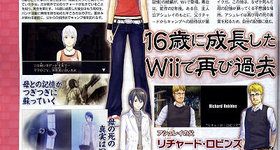 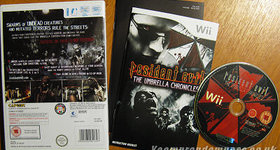 Resident Evil Umbrella Chronicles is an arcade shooter composed of a number of...

btw, I think it's nice if we can choose the gender
so we can really feel the game

and I hope Atlus will remake persona and persona2
because I never play that game before...

i would prefer the psp persona spin off though....

It really doesn't matter if the MC is a girl or a boy if the story as good as the other Persona games, then...why not ?

@Nabe
Maybe i'm the only one who agrees with you...even though a life of a College Student is rather boring...but at a Univ. you can meet anyone, not just the one at your own age..makes Linking more exciting,no ?

I agree whit the customize MC and I'd like the calendar sistem but put more tha a year.

@Nabe
I don't tired of the high-school teenager roles, because there is no enough RPG like Persona but I would like to see an SMT nocturne 2 D:

A remake of Persona on PSP, fuck yeah D: or at least an spin off =P

but i agree for decided MC's sex ^^

15 Dec 2008, 3:14:24 am
@Maaya
There was a petition for a remake of the first Persona too but, I think Atlus closed it because they don't allow requests regarding what games they should make in future... Hmmm, maybe it means this petition will end up being closed too.

Anyway, I guess we'll just have to wait to see what their PSP Persona title is going to be. Personally, I want to see something original and not just a port but, a proper remake wouldn't be too bad either.

15 Dec 2008, 2:05:03 am
The option to choose the sex of the mc would be a nice addition to the game; playing along with an older cast would be a welcomed change too, but since Persona games seems to be about high schoolers fighting demons I find this option somewhat improbably to happen... Then again, since we are talking about Atlus, we can never be sure of what will happen next.

I just hope that the next game won't rely too much/milk on the mechanics of P3; we already got P4 covering this area. :P

14 Dec 2008, 9:41:40 pm
tbh, I dislike playing teenagers. I can't explain why. Granted, I'm not that old (unless it's my nephews talking) but I'd rather play an adult. If they made the MC around 22 I'd be fine, but I know people around that age probably aren't the target audience.

I don't care to "customise" the MC but a male and female version would be great. I don't like seeing yaoi and yuri fans sad (really, I don't!) so I'd hope they'd include an option for same-sex relationships.

Another school setting would be too repetitive for me. Ideally I'd like to traverse an urban area and the countryside - maybe set it along a coast?

14 Dec 2008, 12:12:39 pm
I was kind of hoping they'd rerelease the former persona titles on psp eventually, less of the brow raising anger from gaming magazines and online blogs like Kotaku that way. They're always complaining Atlus is putting their new titles on ps2, I think if they put it onto psp, it'd anger Kotaku editors and the "new generation" of gamers less >_>