Picked up the Wall-E DVD like I said. Didn't even know it was out until I was wandering around the high street stores.

I had originally planned to buy it online but, then found HMV are offering a set of exclusive art cards in their high street stores. It's a few pounds more expensive in-store even after the reduction in sales tax here but, since I collect Pixar movies, I thought this might be worth it and went for it. 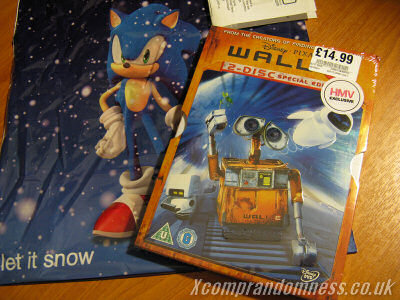 The first card definitely looks good but, what else is in the plastic pocket? 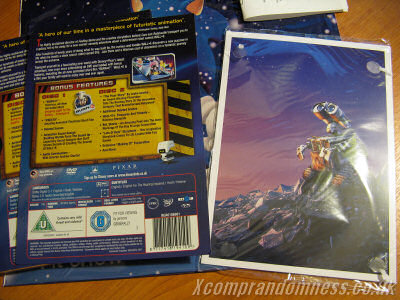 Five cards in total with the best one at the front of the stack I would say... The rest are pretty plain looking besides the one with Wall-E holding the Rubik Cube. Not sure if the cards are random.

Doesn't EVE look scary with those glowing eyes set in a dark background? 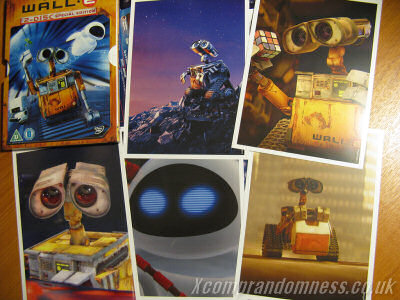 Interesting how they made the cardboard DVD case open up this time. Each disc slides out at a different side. 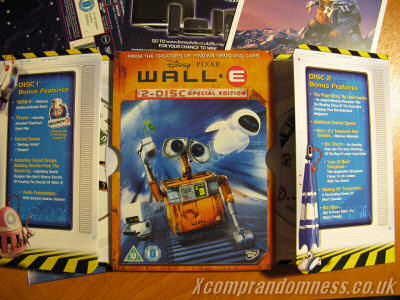 Then you flip it open for the discs. Creative and fun for the kids but I think I would have prefered the conventional DVD case. The sleeves don't hold the discs in that well. 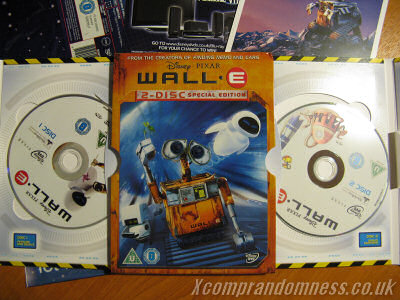 As appears to be the custom with Pixar's DVD releases, the main movie disc contains a short named "Presto" but it also contains a "side story" about one of the robots that appears in Wall-E. 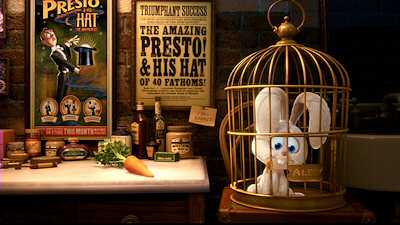 Interestingly enough, there are two deleted scenes on this disc. One fully rendered and one partially rendered. This comes as a surprise as most of them that come on Pixar's DVDs have just been animated storyboards so far. It would be great if we could see more of these fully rendered clips in the future. 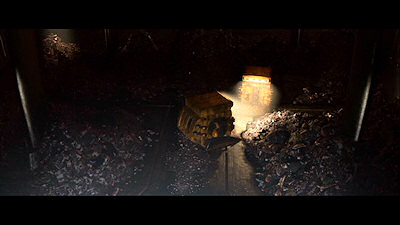 And of course, there has to be a teaser for Pixar's 2009 movie "Up" in the Sneak Peek section. 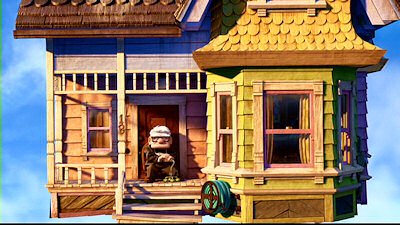 The bonus disc on the other hand, had two more deleted scenes, only they're in animated storyboard form this time. Interesting how they had wanted to work with aliens landing on the planet Earth at first but eventually scrapped the idea. Good decision too. 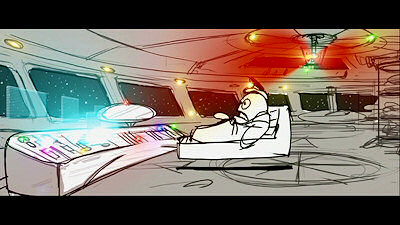 There's also another short named, "Wall-E's Treasures & Trinkets". Not much to say except EVE is as aggresive as ever. 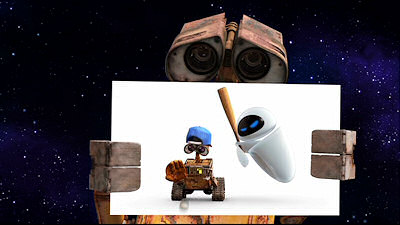 Bot Files. Not really been interested in these character profiles but it was interesting to learn how they went about creating all those robots for the movie. 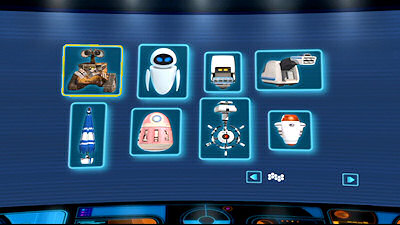 Also interesting was "The Pixar Story" which told of how John Lasseter, the co-founder of Pixar, had worked for Disney once before he was fired after trying out CG animation. Then after spending some time with Lucasart, his team was bought by Macintosh Computers co-founder Steve Jobs to continue his creative work. Pretty ironic how Disney now owns Pixar, the very company that fired him in the first place. 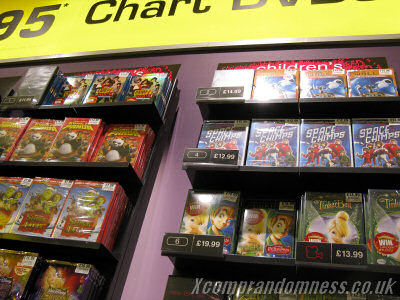 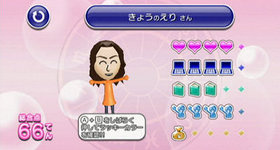 The latest free Wii Channel available for download in Japan starting today is The... 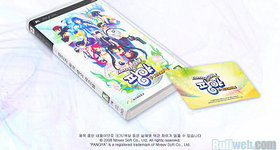