Lelouch now stood before his sister aboard the Damocles as the battle between the Black Knights and the Britannian forces raged on outside. He just needed the key from her now to secure victory. 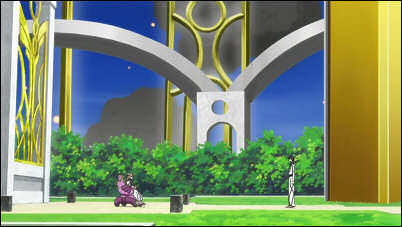 It's been eight years since Nunnally last saw her brother's face and right now, it was one of a murderer but perhaps she too was looking the same. She admits that she's been firing those FLEIJA bombs in an attempt to stop his brother from any further sins, even if it meant killing him. She never wanted the things he has done as Zero and just wanted to continue their happy peaceful lives.

Lelouch was glad his sister could finally see again but was still hesitant on using Geass on her. However, after learning that she too had the same ideas as him which, was to focus all hatred of the world in one place so that people will want peace and look to the future, his hesitation was broken knowing that she will live on well with great ideals. Using his Geass power, he commands Nunnally to hand over the key. She manages to fight against it at first but eventually loses the struggle. 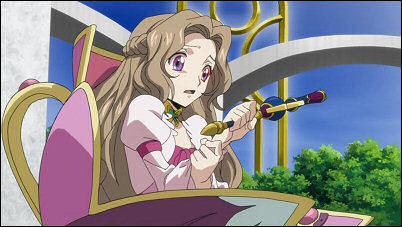 Outside, Kallen and Suzaku were engaged in a fierce fight in their Knightmares, using every bit of energy their machines had. Eventually, Kallen manages to win, blowing up Suzaku's Lancelot before falling off the Damocles but fortunately for her, Gino's Knightmare could still manage to fly enough to rescue her.

Back inside, Lelouch knelt before his sister, revealing his true face one last time before taking the key in his hand. As the Geass effect wears off, Lelouch puts on his evil mask of deceit again, turning his back and walking away slowly. Nunnally desperately tries to catch up but ends up tripping over at the stairs, calling her brother a devil. Lelouch pauses and gives a cold glance back before continuing on. 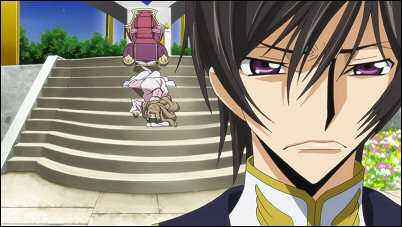 With the key now in his hands, Lelouch announces that the world that Schneizel has now surrendered to him and that not even the Black Knights will be able to oppose him. As the world stares up at the displays in despair, Lelouch's followers call out in unison, "All hail, Lelouch!"

Two months later, it's time for the execution of those who dared to rebel against him which included members of the Black Knight and Schneizel himself. Everyone stared at him with hatred as he has been executing all that did not bow to him. 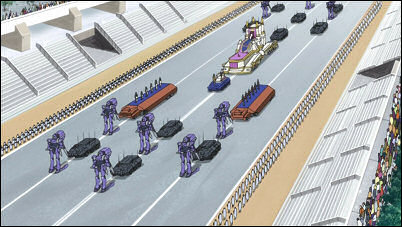 To everyone's surprise, Zero appears before them and manages to rush onto the platform, brandishing his sword and plunging it through Lelouch. This was the purpose of "Zero's Requiem" - to gather all hatred at its peak before vanquishing it from people's minds to bring peace. It was also his retribution for using Geass to control people. 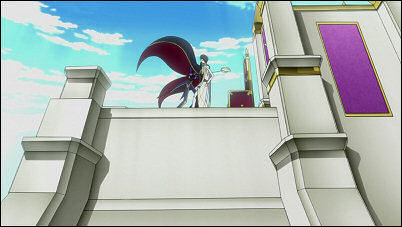 Suzaku on the other hand, will continue to be the new "Zero" and carry on the symbol of hope. As he pulls out his sword, Lelouch falls down sliding down next to the chained Nunnally below. She takes his hand and finally realises what he had been trying to do all this time. She cries as the rest of the world cheers in Zero's name. was to fake his death so that he could become the new Zero, the hero of hope and kill Lelouch the focus of all the world's hatred. 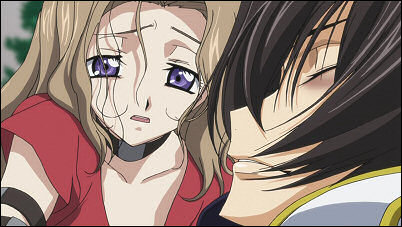 The world was now at peace. Everyone was leading a normal daily life now; Ougi and Viletta has married, Kallen was back to her school life and Tamaki had opened up a store. Instead of war, the world was now focusing on poverty and peace. 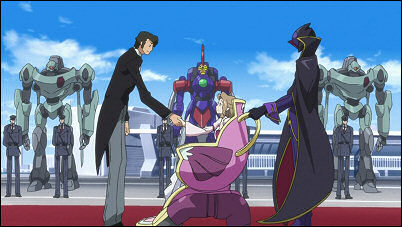 Smiling up at the sky, C.C. says Lelouch's name. The Power of Kings, "Geass" didn't just make people lonely after all. 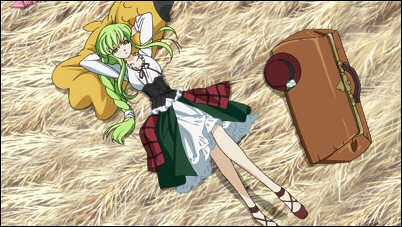 Nunnally's voice really changed... Had to laugh when "Zero" appeared in the second half of the episode. It was so obvious that was Suzaku.

I was suddenly thinking Evangelion again when everyone started talking philosophy but, I thought the ending was good with its different way of creating peace. Still can't say I'm impressed with the series though because it felt like it was cut into little sections, too quick at times and repetitive.

It looks like Lelouch is now dead but, the last scene kind of hints he's still alive... In the World of C with his conscious at least. So, C.C. will continue being immortal but won't seek death any more now that she can speak with her beloved forever?

Always like these Anime endings where they show group shots of the characters. 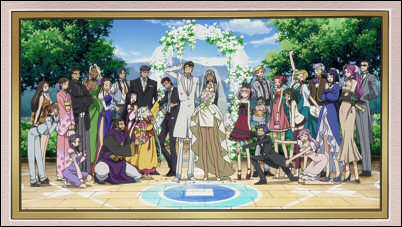 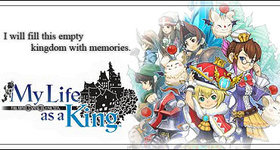 Since Nintendo lets players who buy and register their products to swap Star Points... 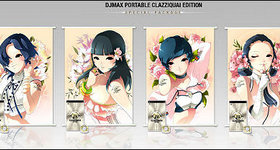 @Maaya
Speaking of Evangelion... I have the feeling they won't be going for the "Adam and Eve" ending this time.

14 Oct 2008, 1:27:26 am
I'm bothered it ended at 25... I want a 26 and 27 but I respect the ending of the "Zero Requiem." Good summary. I don't really know whether I like the series either, but then again.. that's the same feel Evangelion gives off. You don't really love the series, but enjoy watching the progression from beginning to end.

I miss the geass sunday, this is the first anime I watch every new release, I'm pretty much satisfied with the ending, though sunrise intentionally left the ending into open interpretation to ensure the fanbase wont die just yet.