It's been just over two weeks since the Persona Live Music event so I all the blog coverage around the internet should be settled enough for me to do a write up now. I was hoping for a small teaser video from Atlus themselves but, it appears they've only posted a series of small photos on their own site.

From what I can gather, the concert was a great success with over a thousand fans gathered according to Atlus. Famitsu did some coverage themselves and according to them, the female and male ratio of the fans that attended were pretty much balanced. Take a look at their site for more photos.

If only Japan wasn't so far away, I would have "joined the battle" - 参戦 as they say, probably because all the excitement and noise at these events. 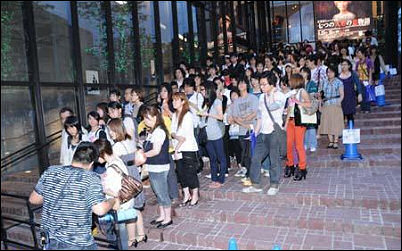 They were selling all sorts of Persona goodies outside which included t-shirts, a CD full of piano versions of the Persona soundtracks (check the official site for the full details). I think the main attraction was a limited edition poster with the illustration below, designed for this particular event. You can see the three MCs from the three Persona titles that's been released so far. 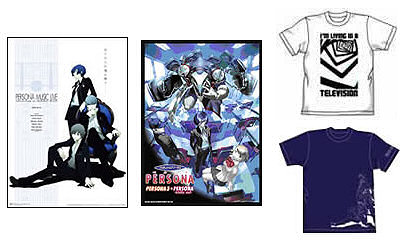 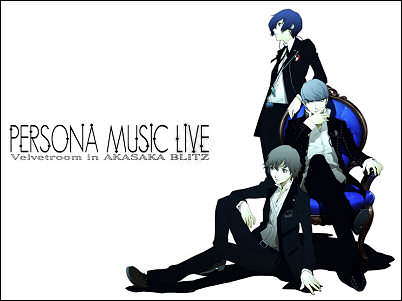 Looks like they had a big screen at the back showing footage of the game just like what Pentavision's DJ Max Live Miracle did.

Electronica in Velvet Room played in the hall as the fans gathered but, slowly faded away as Igor appeared on the big screen on stage. The fans cheer according to Ect, as he greeted them with his familiar, "Welcome to the Velvet Room..." followed by "I see you all already possess a 'ticket', your contract and key to this room." Elizabeth also appeared together with her "Onee-sama" older sister Margaret which gave the crowd a laugh as they have a little argument and Igor tries to calm them down.

After the little humorous greeting, the rock version of the Velvet Room theme song The Battle for Everyone's Soul is played from P3. Shihoko Hirata, the vocalist for P4's soundtrack then follows on with four songs from P4 which were Pursuing the Truth, Signs of Love, Heartbeat, Heartbreak and Your Affection. Unavoidable Battle was played afterwards.

Shoji Meguro can be seen on stage with a guitar in hand. He laughs, not expecting to find himself speaking at the event before the crowd. It's been 21 years since he last played the guitar. 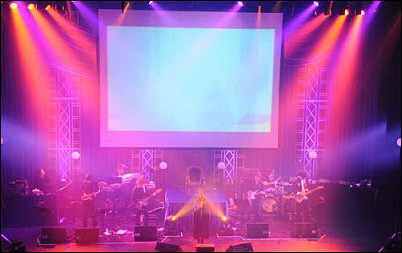 Following on after Shihoko was Yumi Kawamura, one of the vocalists for the P3 and PTS songs singing Burn My Dread, When the Moon's Reaching Out Stars, Want to be Close and Mellow Dream.

Funny thing was, according to Kuran and "P4 Shibuya Airlines", apparently she was asking the crowd these questions in between her songs.

"This the first time you people are in Akazaka Blitz, right?!"
"Yeah!"

"You wouldn't have come here if it wasn't for this event, right!"
"Yeah!"

"People who play Persona games usually don't go out, do they!"
"Yeah!"

Last one was pretty cheeky but the people were laughing at it and I think I would have done the same. 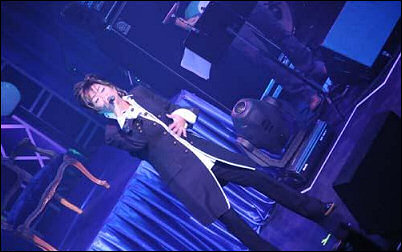 Lotus Juice then made an appearance together with four dancers rapping Reverse the Destiny, Mass Destruction and Deep Breathe, Deep Breathe. 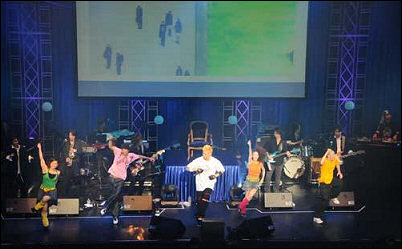 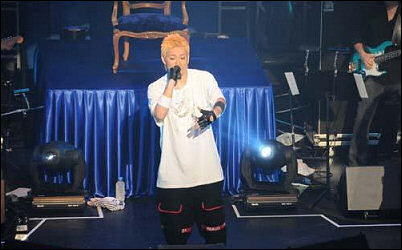 Next up was the Persona Trinity Soul theme songs, Shuuhei Kita with Breakin' Through and Nana Kitade with Suicide's Love Story. After another instrumental track, The Almighty, Shihoko re-appeared on stage to signal the end of the event with P4's ending theme, Never More... 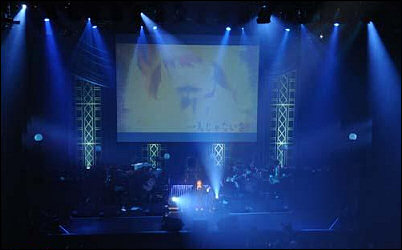 No one left though. After the song ended and no one appeared on stage for a while, the crowds cried out for an encore and Heartful Cry began streaming into the room. 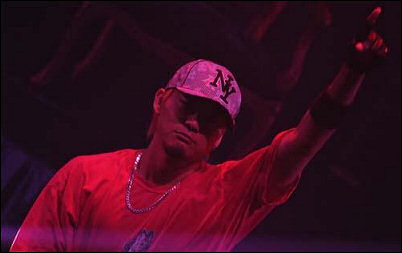 Shihoko follows on by singing Heaven then sings together with Kawamura for Found Me, Reach Out to the Truth and Memories of You. Just before the last song Memories of You, Kawamura joked about how it felt like Meguro was trying to kill her when they recorded the song because of the way the song is sung. 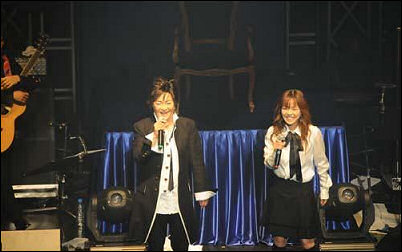 And so, the two hour event came to a close. The good news is that it appears Atlus is indeed planning to release the whole live concert on DVD sometime.

Update: Now available on DVD from retailers such as Play-Asia. 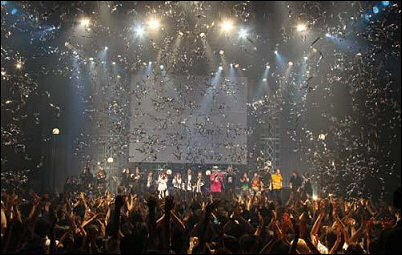 Here's a photo of the singers and staff that I decided to "borrow" from Shihoko's blog. Lotus Juice looks giant here compared to his shot with Taku Iwasaki back on the PTS blog. From left to right on the first row there's Shuuhei Kita, Shihoko Hirata and Lotus Juice. The rest are the dancers that were there. DJ Waka at the bottom-right. 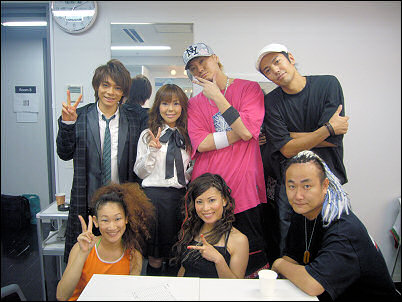 You can view the full size photo at her blog including one of Yumi Kawamura.

To finish up, here was the list of tracks that were performed at the concert. 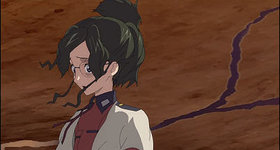 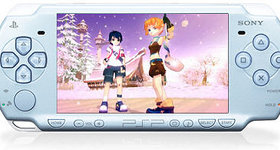 There's Pangya Golf for the PC, Nintendo Wii and now it's coming to the PSP too...

I'll be sure to visit your site as soon as it's up!

anyway I'm really looking forward to listen The Almighty and Never More, these two tracks have become my personal instant classic. I wish there are youtube videos X(

oh.. more random handicrafts.. I made that creepy panda voodoo plush from p3 after finally noticing it on FES >_> *shows you for fun*

HMM I am starting a blog/comic thing ... eventually url is yuripa.com xD if you get bored check it out.. I won't have as cool posts as you though.. but I will post artworks and things..

I won't post anime reviews/episode summaries like you, cuz I read your blog for that purpose ahaha