Maybe they'll add a few more wallpapers in the future but, that's all the circles filled on the Persona 4 website now which includes four video clips.

Kuma tells the MC that he doesn't know who or what his own purpose is. Three choices pop up: 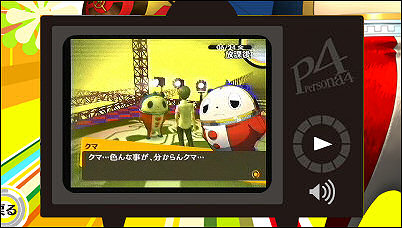 After choosing the second choice, Kuma thanks the MC saying how kind he is.

The TV suddenly turns itself on and the MC finds Rise on a show. She greets the audience and says that after this spring she will be taking the form of many high school girl idols. To commemorate the occasion, she has a great project prepared for challenging herself with. 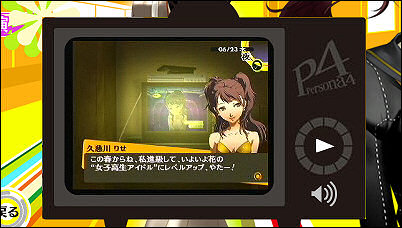 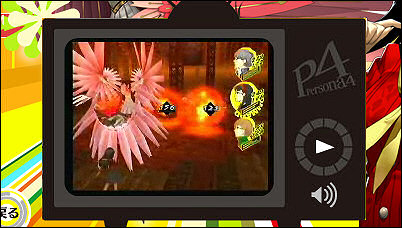 Naoto moves to Yasogami High as a first year student, claiming he will be staying in Inaba for a while because he has some circumstances at home. He thought he should greet his second year seniors on the way to school. 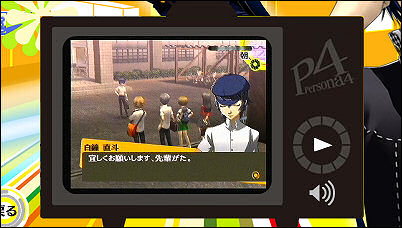 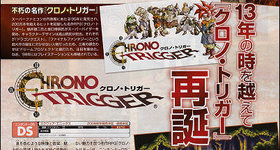 It appears Chrono Trigger DS will indeed be keeping the 2D graphics it had on the... 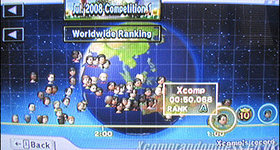 This month's first competition for Mario Kart Wii was driving around a barriered...

Sorry but I'm going to edit out some of the spoilers. For now, just highlight the comments to read the spoilers. Need to learn to implement some spoiler tags into the blog sometime ^^;

As for Naoto being a girl... I can't say I'm surprised. P3 had four girls so P4 was "missing" one. All the guys are pretty much accounted apart from maybe Aragaki but, he didn't stay in the story for long really.

So is everyone calling MC "sempai" now? Or at least, everyone except Kuma, who calls him "sensei".