The popularity for Vocaloid's mascot character "Hatsune Miku" remains high as more animated videos and Doujinshi is produced with the voice synthesized character. I've been tempted to import Good Smile's cute Nendoroid figure after seeing pictures of it everywhere (I don't usually buy figures). This fan-made video just tempts me even further with the entire cast dancing to a synthesized version of Keroro's ninth ending "Kurotto Mawatte Ikkaiten"!

Source video can be found on Nicovideo. Rendering and animation was spot on! Just shows what the free 3D modelling packages Blender and Metasequoia are capable of.

All those little movements (especially the hands) must have taken a long time to do. And there's so many little extra humorous touches - Haku walking slowly and elegantly onto the stage in the back then failing to follow Miku's dance moves, Neru slacking off midway and then Miku falling off at the end after spinning on the spot. You can even see Miku ends up with a little bandage on her head in the bonus "Caramelldansen" afterwards! Also like the macho voice midway.

Good to see they introduce the earlier Vocaloid mascots too, Meiko (one in red) and Kaito (one in blue). Here's the two animations it was based off. I wonder if all these dance animations cropping up are all because of inspiration from Suzumiya Haruhi's famous "Harehare Yukai".

And the original dance animation from the Keroro Gunso show. You don't want to know the cheezy lyrics.

I'm still hesitant considering I saw the figure's price at £25 ~ £35 and it's pretty much sold out until the next batch towards the end of July. HobbyLink Japan does appear to have been selling it at the normal retail price of £15, though. 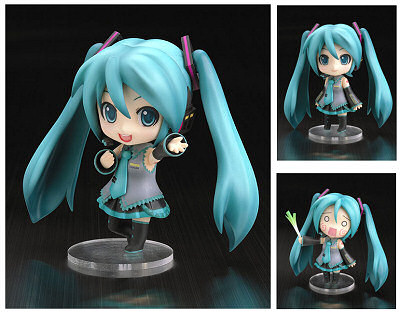 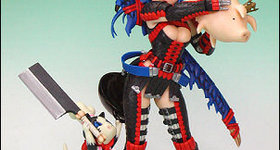 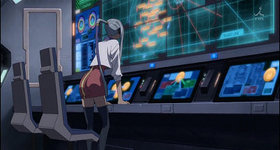