Maybe those "I must buy this! I must buy this!" ads really are working. Akibablog (NSFW) reports that the Evangelion 1.0 Rebuild Movie LE DVD which went on sale last Friday, is now sold out in many of the popular shops in Akiba. When asked if it was because they stocked too little due to few orders being placed, the staff replied it was actually because the DVD was selling a lot better than they had expected. There are signs saying they won't be expecting a new shipment until summer in July.

I checked Amazon and it appears to be sold out on there too. Evangelion's popularity lives on, eh? I think this is only happening because it's the limited edition. Doubt the same thing will happen when the regular edition appears next month on May 21st. 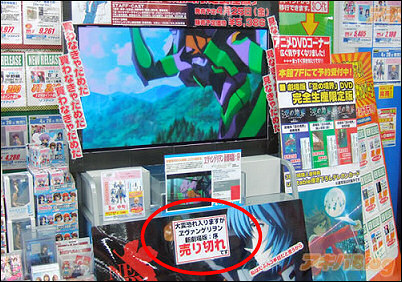 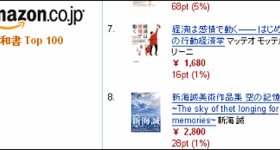 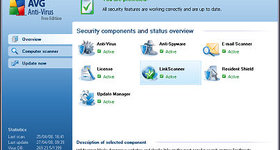 Got to consider those in my budget.

The prices are going pretty high for the good scenes right now according to Animenewsnetwork with Rei smiling gone for 210,000 Yen (US$2000)!

Don't think the customs opened mine.