The weekly Persona 4 coverage from the Famitsu continues, this week revealing a little more on Mayonaka TV and how the story begins. Thanks to reader Pattochan for letting me know about the new scans!

A Senpai is Murdered

Besides reminding us that murders occur on foggy nights, it appears Konishi the protagonist's Senpai (senior) is found murdered one day. The tragedy is announced at Yasogami High when the MC and his friends remember seeing someone that looked like her appearing on Mayonaka TV the night before. They start to become suspicious about whether the programme really does show who your other half is or not. 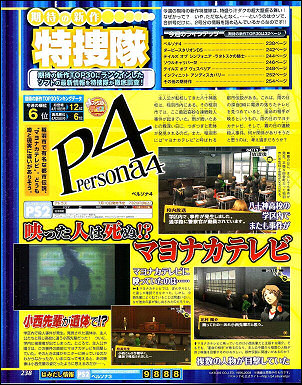 In an effort to find the murderer, the three friends do some investigating of their own and end up opening the gateway to another world, discovering they can actually put part of their body through the TV when the programme is on. After deciding this was the key to solving the murders, the friends decide to find a bigger LCD TV at a shop so that they can go right through. 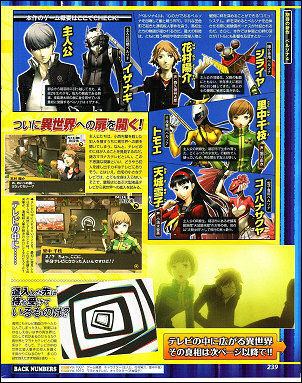 Kuma and the Mayonaka TV Studio

When the three friends the MC, Chie and Yosuke are dragged into the other world, they find themselves in what appears to be a studio. This is where they meet "Kuma" a mysterious doll-like creature who lives alone inside the world and has a hollow body. He is angry at first when he sees the strangers but is more concerned about the other person that was brought into his world. Even though he isn't human, he can somehow summon a Persona known as "Kintokidouji" and acts as support for the gang by analysing the enemy Shadows. 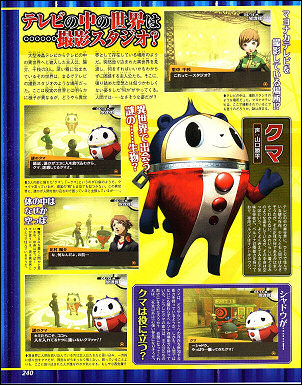 Yukiko Amagi the Next Victim?

After Konishi's murder, the MC's classmate Yukiko Amagi also appears to go missing for some time. When the MC and his friends find her on the programme too they begin to worry that she will be the next victim.

In an attempt to solve this mystery the gang returns inside Mayonaka TV where they find a giant castle before them, "Princess Yukiko's Castle". 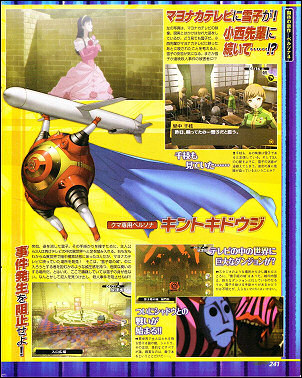 Had to laugh at the part where they couldn't fit through their own small TV screens!

So that's really her inside the TV. Wonder how she got in there in the first place? It also sounds like all the dungeons will be sets that you enter from within the Mayonaka TV Studio... Nice change instead of the common world map approach. A very impressive looking entrance for the first dungeon. 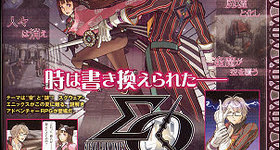 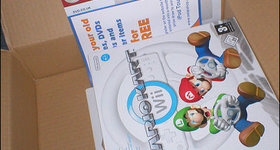 Decided to pick up "Mario Kart Wii" while I was waiting for my copy of Wii Fit to...

4 May 2008, 7:38:13 pm
Did they happen to say what Kuma's and his Persona's Arcana is? He's probably going to be an extremely interesting S. Link, and, if they bring back the Aeon Arcana, seems like a good fit.

26 Apr 2008, 12:35:49 am
Meganeshounen,
Probably. Lets just hope Atlus doesn't give her that cheezy evil laugh that Yosuke's Shadow had although it would be pretty funny ^^;