Snapped this picture a few days ago in a shopping centre because I thought Advanced MP3 Players was just an online store. Their service was great. Quick e-mail responses and fast courier based deliveries so it was interesting to find they had set up a stall here too. 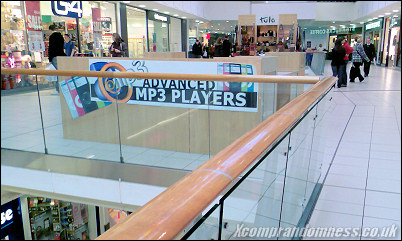 I used to order from them when DAPs only played a limited number of file formats (mostly MP3s and WMA) and the only brand available in the shops were overpriced iPods. On the other hand, alternatives such as the Korean 256MB i-Bead 150, which acted as a flash drive too, also cost a lot but not as much. Today though, it would be the same price as an 80GB iPod Classic but that's technology for you.

My very first player was actually a Creative Nomad II which I thought was very cool at the time but only ran off a giant 64MB SmartMedia card. Now I just use my mobile ^^; 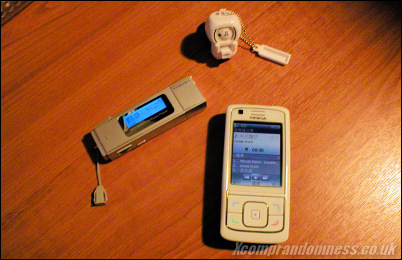 Anyway, after taking the picture I went to the food court for something to eat. Few minutes later I was surprised when a security guard approached me and warned that no photos are allowed. He didn't explain why or try to make me erase the photo but, I apologised anyway.

Everyone were giving me curious glances while a group of people who were nearby and overheard, talked amongst themselves asking, "Why is that bad?" Yes, why is it bad? For one thing I don't really see big (or even small) "No photos" signs about although I suppose they were afraid I was spying on shops or the interior designs... It's actually for privacy reasons.

Well, at least they didn't think I was a terrorist like this couple and kick me out. I don't know about how it is in other countries but in HK I don't remember guards complaining about pictures. So, don't bother trying to snap photos in shopping centres over here. They're not "tourist friendly". 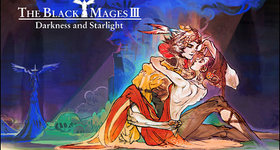 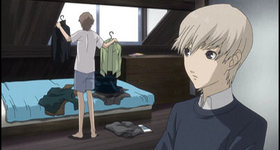 I finally catch up with the show. I hadn’t been able to post summaries until this...