No More Heroes, 15 Hours of Style and Wiimote Finishings

Right after the opening video you're thrown into the first main stage of the game, ready to fight your way to the first boss assassin. You're also given an optional interactive tutorial where you get a chance to learn the basic controls. Once you've worked your way through, you're pretty much left to your own devices. You can hang out at the motel, explore Santa Destroy or go out and earn some money. 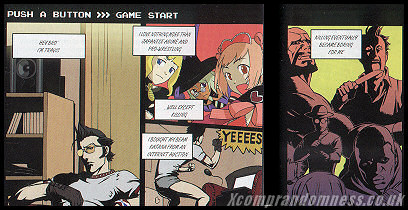 The story's simple. Travis Touchdown won a Beam Katana on an auction one day and after defeating a ranked assassin, he finds himself part of an assassin's league with a mystery girl named Silvia Christel as his agent. Now he must work his way to the top or just sit around waiting to be killed. He goes with the first choice of course.

There's not much to see in Santa Destroy when you initially start out but as you play, new stores and buildings become accessible and are handily marked out on your map and on the on-screen circle much like Grand Theft Auto. You can go training, upgrade your Beam Katana, buy new clothing items to give Travis a new look or just find odd jobs to do. 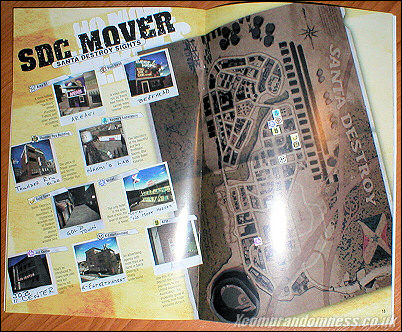 NMH is not much different in terms of RPGs where you would usually go defeat a boss and view a bit of story before going off to level up. However, instead of earning experience points and getting stronger, you have to earn enough money to pay your entry free for the next ranked assassin fight.

There's a number of ways to earn money. You can go around killing like an assassin would or play some mini games by going to the Job Centre. The reward you earn either way are pretty much similar so you really are given the freedom to choose instead of being forced to stick to the higher pay method. It doesn't take very long either which I'm sure you'll be glad to know. 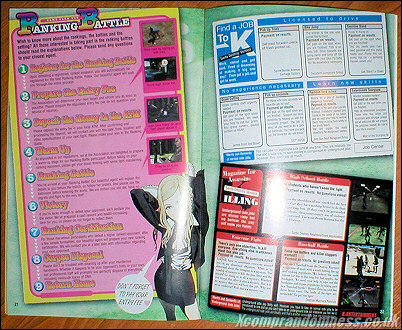 For the assassin missions, you can either visit K-Entertainment where a set list of missions are available or go for one of the free fight missions that randomly appear around Santa Destroy. Both kind of missions require you to kill enemies within a time limit and you are only allowed a single attempt without any option to restart. Free fights on the other hand are more of a challenge because you have to avoid being hit at all. Kind of harsh either way but, if they didn't do it this way then I guess it would be too easy to make money quick.

There's a fair bit of travelling to be done in the game so the free fights are a nice break from all the driving on your bike. I don't why I'm seeing a lot of people complaining about it but I find getting around on it very easy. And if the constant fighting is too much, you could try many of the side jobs from the Job Centre such as collecting coconuts, garbage or filling up the cars with gas too. Many of these involve using the Wiimote such as giving it a quick flip to put garbage into the basket on your back. You always end up with a ranking with both missions and jobs so they can be replayable. 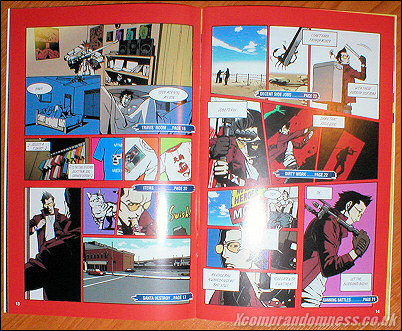 Besides the stylish presentation of the game, the use of the Wiimote controls was what caught my attention. As with all action games, it's mostly button mashing when it comes to fighting the enemy but with NMH, there's actually many moves you can pull off by swinging the Wiimote and nunchuk that makes it a very satisfying experience.

During fights, your Beam Katana can end up clashing with the enemy. At this point you have to draw a circle with the Wiimote rapidly to gain the advantage of the next strike. Then, just as you're about to land the finishing Death Blow on the enemy, an arrow appears on screen and if you swing the Wiimote in the same direction fast enough you'll see a dramatic finishing animation.

As if the Beam Katana action isn't enough, you can even stun your enemy then pull off wrestling moves on your unsuspecting enemies too, swinging both the Wiimote and nunchuk as if you were wrestling them yourself. 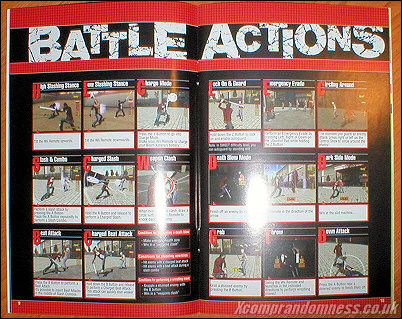 It's so much fun that you'll probably end up forgetting the Beam Katana runs off batteries! Every attack you make drains its energy so when it's completely out, it's just a useless piece of metal. You'll then have to find a battery power-up somewhere or quickly run to safety and shake the Wiimote until it's recharged.

As you can see, there's plenty of creative usage for the Wiimote. You even get to lift it to your ear to "answer" phone calls and perform actions such as lifting dumb bells while going through training. It's Wiimote actions like these that really set NMH apart from the usual action games that you will be used to on traditional control schemes.

Perhaps what adds to the fun is the "Dark Side Mode" slots that run every time you defeat some enemies. Most of the time you won't manage to score something but when you do, you'll be granted with some special ability for a limited amount of time such as instant death blows to every enemy. It somehow feels like Crisis Core's "Digital Mind Web" system and injects an extra element of random fun into the battles but not quite as frequent. "Cranberry Chocolate Sundae" has probably been the best one I've managed to score so far. 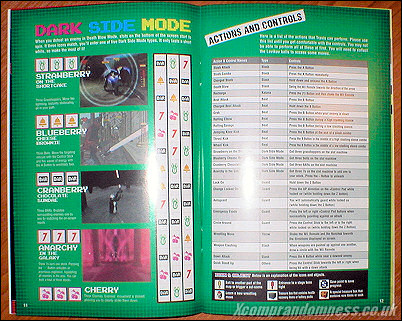 Besides battles and odd jobs, there are plenty of items to collect too. If like customising your avatar, there a plenty of clothing items to dress up Travis in from "Area51". There's masks to find to learn new wrestling moves and even a reference to Dragon Ball to "grant wishes". Unfortunately, if you enjoy having a wide selection of weapons, the Beam Katana upgrade and models are very limited. In other words, there's not much reason to free roam and earn cash unless you want every piece of kit there is to customise Travis' looks. 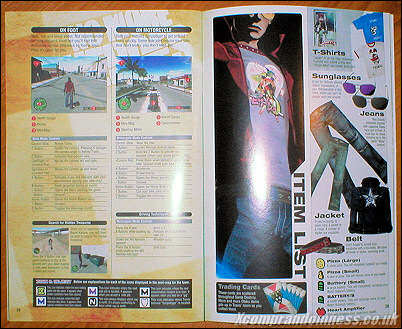 Apart from that, the traditional controls generally work well. You can lock onto enemies holding the Z button and dodge using the D-pad but the only minor problem I've had is the way the camera works. You'll see the screen going black whenever you reset the camera as if its shutter is being closed and this can take some time to get used to.

The action part of NMH definitely works great but the game feels somewhat lacking in overall content. During the main stages there aren't that many enemies to fight and they don't seem to last very long. Boss fights are unique because there's always something you have to do for that particular assassin before you can finish them off but, on "Mild" difficulty (which is equal to normal) they can be too predictable and generally easy to defeat on the first attempt. 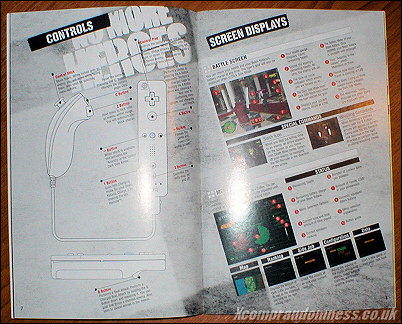 On the presentation side of things, the music has been great (apart from maybe all the theme song remixes!) and the cell-shaded graphics does a good job of making NMH look stylish. Santa Destroy isn't exactly very lively with minimal number of residents and vehicles like GTA but, it's a nice place to go around in. The only nag I have is how almost every object seem to have a large invisible barrier around them. Often you won't see the onscreen objects colliding before they are repelled off each other or you can even find yourself stuck in these "barriers"! 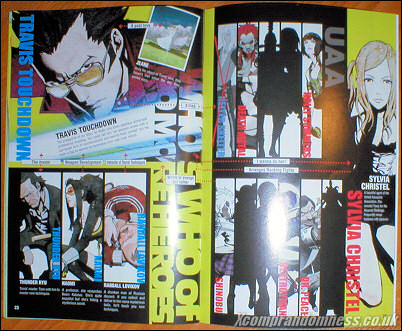 Voice acting has been good with some funny scenes. With all its adult humour, insults and profanity it's definitely aimed at a more mature audience. The assassins all have their unique traits and after fighting them I'm sure you won't be forgetting the battles in a hurry. And how many games make the save points toilets...? The game definitely offers something unique that's for sure. It's just a pity there isn't much more of a story going. The dialogue between Travis and the assassins are great but, this makes NMH feel like a collection of small bite-size stories than one big plot. 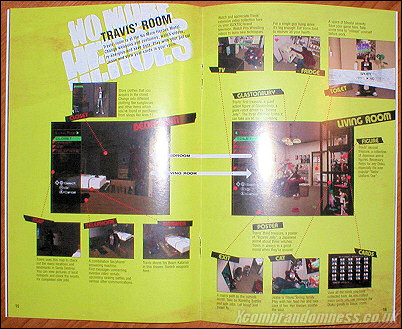 No More Heroes was a game that I had been anticipating since it was revealed in Japan due to its style and good uses of the Wii's motion sensor controls. It didn't disappoint and despite the "censoring" in my European version, the gameplay was not affected. Battles are satisfying and both the cell-shaded graphics and music are stylishly good. I hope the game's sales pick up enough so that we can get a sequel or at least more similar games like this in the future! 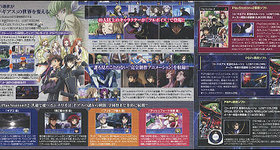 Less than a week left until dating sim Code Geass Lost Colors is released and it looks... 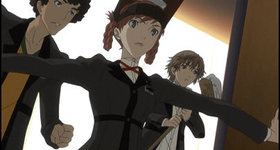 Episode 11 Summary, The Definition of Dependency A group of students at Naginomori...

28 Mar 2008, 5:43:18 pm
Sorry to hear that but yeah, all the pictures are shots from the EU manual. The US probably got a different version because Ubisoft isn't a division of Marvellous Entertainment, the company who published the game in Japan.

26 Mar 2008, 6:53:15 pm
Are those scans from the instruction booklet you get with the game? If it is, I have to say, it looks a lot better than the North American version.