Less than a week left until dating sim Code Geass Lost Colors is released and it looks like promotion is under way. Came across this pamphlet which pretty much shows what we already know about the game but, there is one thing I don't remember reading. It appears they'll be using "Colors" the first opening theme song by Flow and will be adding new original animations to it. A great song, by the way!

There weren't anyone queuing for the Suzumiya Haruhi PSP game but I'm curious to know if there will be a crowd for this. 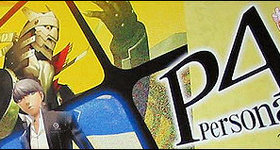 Atlus' Persona 4 is finally revealed in the latest issue of Famitsu. It looks like... 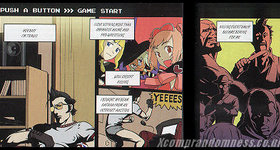 Right after the opening video you're thrown into the first main stage of the game...