Thousands of years have passed since the war amongst the two gods of dark and light had ended which, broke off a piece of land from the main continent and the island "Lodoss" was formed. Now the forces of darkness brews once again as the dark ruthless armies of Marmo begins to invade and threaten the inhabitants of the island. After his village is attacked by a a horde of strangely behaving goblins, the badly untrained and rash Parn is sent out to investigate the source of the darkness. Joining him is an unruly party of six each journeying for their own reasons - his priest-in-training and friend Etoh who chose to accompany him, Ghim the dwarf in search of his daughter, Slayn the self-taught mage who sees potential in Parn, Deedlit the curious High Elf and Woodchuck a thief they rescued during a raid. Soon they discover there are much greater forces at play.

This show is based on Ryo Mizuno's 7 volume novel series which are actually a novelisation of recorded Dungeon & Dragon gameplay sessions. Think RPGs with pen and paper without any electronics, just dices to determine what happens. As such, the setup is very RPG-like with your party member of humans, elves in their familar classes such as mage, warrior etc. It's very much your classic Western fantasy world setting filled with legends and the simple plot of a party setting out to adventure to vanquish the evil that leaves a trail of ruin wherever it goes. Complete with the evil laughs too.

OVA's art is good and suits its fantasy setting. I think the character designs are beautifully done and aren't done as fan service like most shows these days. You do notice the repeated animations used during battles and how short duel scenes are but, with the amount of work involved in doing cel animation you'd probably give them some slack for it. You can also see the lack of animation sometimes such as when a troupe of knights are moving like a cardboard stand. The emotional "twinkly eye" animations feel overdone and overly used and, there's a bit too much flashing of scenes sometimes. There's lots of blood but little gore.

You could say the 13 episode OVA is roughly based on the first half of the novels but has its original ending as the novels were still ongoing at the time. This was then followed by the TV series "Chronicles of the Heroic Knight" which rolls back and covers the rest of the novels. You could say it picks up after episode 7 of the OVA and follows the party members as they grow up, facing new enemies that threaten Lodoss as well as the aspiring new hero, Spark hence the title. Art's not quite as detailed which is usually the case for longer running TV series but character designs more or less look similar to the OVA. Some of the voices don't sound as well matched. It's kind of aimed at a younger audience with its "Welcome to Lodoss Island" (horrible) mini shorts which is probably why there's no blood in it and more joking around. I actually found it a sleeper most of the timebecause it doesn't have the same build-up towards each event like the OVA did and the threats just don't have much impact. Not to mention the silly shorts just ruins the mood afterwards although the show does have an epic ending if you get that far. The only other highlight would probably be the OP "Kiseki no Umi" by Maaya Sakamoto (Mari from the Evangelion Rebuild movies). It's even better once you've journeyed through the show.

I think overall the character development is lacking. Sure you'll notice Deedlit's fallen for Parn but it's a given and it hardly shows any romantic moments or any major events that lead to that stage. Parn grows up from a wannabe knight who didn't even know how to handle a sword to a legendary hero but you don't actually see much of that process. The same could be said of Spark where the trials don't really have much impact and feel dragged out. It's kind of like once an event's over, that's it for the characters. Then it's a time skip and onto the next event but that's fine. RPG fans should find the fantasy premise itself entertaining as it is with the familiar battle scenarios and party setups but personally, I'd just watch the OVA with its original ending and forget the TV series. 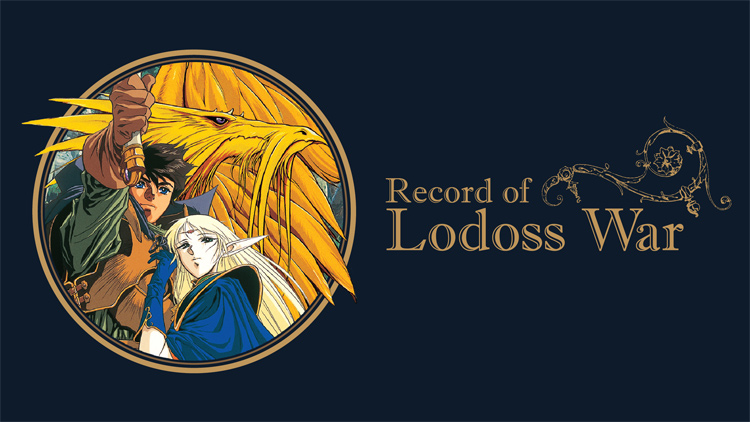 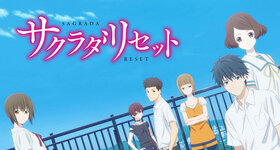 Sakurada isn't your average town. Its inhabitants and anyone who moves to the town... 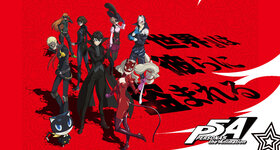 For those who haven't played the PS3/4 game, the story is about the MC (Ren Amamiya...