There are a number of serial killings by ruthless criminals who like to abuse and toy with their victims. As the Royal Investigation Service team try to hunt them down, they always find them brutally murdered with a sign "B" left behind. "Genie (German for 'genius')" Keith Flick who disappeared from the team long ago re-appears showing an interest in Killer B, hunting his friend's killer for the past 7 years.

As they investigate each case, they soon realise the psychopaths behind each killing spree are merely just pawns but they have yet to discover for what. Rumours have it that it was a mysterious organisation named "Market Makers" who orchestrates the crimes and may even be working under the royal family.

As Lily Hoshina from the RIS continues to be nagged by the problem she decides to confide in Keith to learn what he's picked up through his efforts and together, they find themselves discovering a much darker side of the kingdom. It becomes a fight against the odds.

A Netflix original I knew nothing about and just jumped in blind. It opens up quite violent full of blood and gore. Not pretty as there's a lot of decapitated bodies, over-done violence; probably worse than Akudama Drive. It kind of reminds me of late night Anime that used to be on but not quite at that level.

I guess if you like Psycho-Pass it's not far from that. Season 1 actually feels like the first season of Psycho-Pass when Kogami was hunting down Makishima but whereas that had a straight forward plot, this just keeps you in the dark too much to make this show good instead of clearing up bits and pieces as it goes. Just when it does, it goes back to filling the show with riddles and rhythms. So you're thinking, "Ah, so that's what's going on!" and then suddenly it's all riddles again. Just look at all those complex formulaes and words appearing the screen. This show must be clever.

On one side you have the local authorities investigating serial murders and thwarting psychopaths trying to cause chaos in society while on the other, it's a whole bunch of characters with powers. Despite that, it's got enough mystery to keep you watching as long as you don't mind the graphic and brutal murders.

Some episodes will have you laughing while the others might just baffle you and make you grimace. It's got some spine-chilling moments so the direction's good at least.

The story is set in a city with features from America, Europe and Japan blended together in the "Kingdom of Cremona" which doesn't look too bad. Characters are your familiar trope with your usual genius Keith being an oddball while the overly-enthusiastic Lily manages to help him gain new insights into incidents. The combo fairly much gives some comic relief to the otherwise dark show.

I think the first line of the ending song is enough to tell you what a cheery show this is, "Someday I'll be gone..." sung by Johnny from the Man with a Mission band.

Visually it's fairly average. For the most part it's a dark show. The RIS office has a dark tone to it while the city is bright and colourful but those scenes are short. Nothing impressive or original but I guess it's an interesting world setting with all the Western cities blended together with some Japanese elements. One Piece fans should recognise Sanji's voice, Hiroaki Hirata right away or maybe his role as Gojo from Saiyuki.

Season 2 picks up right after S1. Funnily enough it uses the same intro scene as S1 when Lily rushes out to work. Right away you're left guessing what's happened although the direction's as familiar as before mostly. The good thing is it doesn't try to be clever any more and fill itself full of riddles again atlhough at only 6 episodes long, I guess they don't need the padding.

The short season might also be why the background art looks more detailed too. Not a very good wrap-up as it ends in the most abrupt way. Those of you from Glasgow might recognise the square courtyards of Glasgow University with the big tree and also the Necropolis near Strathclyde University.

It's basically a familiar supernatural show that tries to disguise itself as something clever by literally filling the show with riddles. You can tell what's going to happen and the riddles feel like they're just there to look smart but beyond that, the scale of the plot and fun character trope makes it worth a watch. 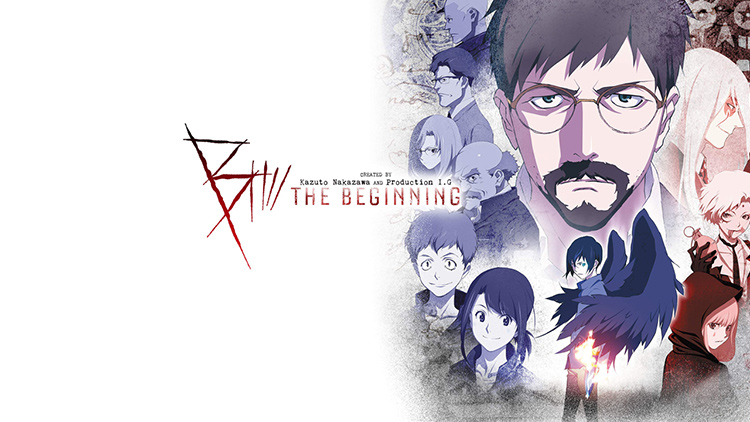 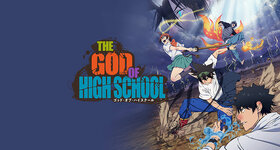 Jin Mori is late for his first preliminary match of the day in the "God of High School... 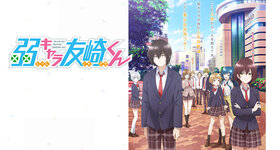 Fumiya Tomozaki is the top online player of the fighter game "TackFam" but in real...