Decided to continue blogging (well, summarise anyway) about "Beast Player Erin" which is based off  a two part novel series because it kind of (dare I say it) has a Ghibli touch to it. Well, until episode six anyway. It has a rich world but the main focus has mainly been on how strong the relationship is between two characters namely Erin and her mother Soyon. From what I've watched so far, I still can't help but think it could just be one big movie or even a trilogy. Funnily enough, a few of Hayao Miyazaki's movies were based on novels too such as Kiki's Delivery Service and Howl's Moving Castle.

I'm going to try doing mini summaries and posting them in batches instead from now on because the previous method took a lot of time. It'll help prevent this blog from turning into an episodic blog too and I usually don't have much thoughts to write about anyway.

As usual, these will continue to serve as my own little reference.

Episode 2
The Master of Medicine, Soyon

A Touda Rider by the name of Tailan arrives at Ake Village seeking help for his Touda after learning there was a very skilled vet there. Since returning from battle, it has been refusing to eat and was growing weak. Chief Hasson decides to allow them to stay so that Soyon could examine it but, under Wadan's care it is poisoned by the Goat Killer plants growing in the area. As Soyon continues her investigation, Erin's interest in Toudas also continues to grow and decides to help find out how to heal the ill Touda, starting off by reading the book about poison written by the Royal City's Instructors long ago.

The Beasts That Fights

Damiya of the Shinoh Family decides to pay the Grand Duke a visit and find out how his followers were doing. He is pleased to find his sons were well skilled. Especially Nugan who had a will that resembled much of Yaman Hasel who saved the Kingdom of Ryoza once before as the first grand duke. Together, they arrive at Ake Village for a military demonstration. Meanwhile, Erin has been learning more about Toudas and how their ears had to be cut off to hear the whistle. While out to help her mother gather ingredients for the Special Water they needed, she comes across the training grounds to watch with her friends Saju and Choku too. All seems to go well until one of the Kibas go out of control.

Episode 4
Secrets Within The Fog

It was the day when Saju's sister, Soju was to be married to another village of Touda Handlers. She is making the final preparations before leaving but, a mistake while preparing the wedding Mochis mean she falls seriously ill. With less than a week to save her from the Chichi Modoki's fatal poison, Soyon asks for permission to leave for the Market of Fog. It was an area where the People of the Mist and the outside world traded. Despite his reluctance, he gives the money needed to trade with the wandering People of the Mist for medicine. Soyon takes the hairpin that Soju's father had bought for her daughter too and it is during the journey that little Erin learns of how she had met her father Asson. Soyon was a patroller amongst her people, one of the few allowed contact with the outside world. She had found Asson when he had injured himself while hunting a deer for his ill father Chief Hasson. Just before Asson passed away, he begged to let Soyon stay in the village. After arriving at the trade spot and leaving the money behind, Soyon and Erin could only wait until the next time the fog appears.

Episode 5
Erin and the Egg Thieves

It is the annual egg hunting event at Ake Village, a tradition in which the men go out to hunt for Touda eggs just before dawn when the wild Toudas move the slowest. It was safest because their ears haven't been removed. Everyone is busy making preparations. As Erin helps her mother prepare the boxes for holding the eggs, she thinks back to the time when the baby Touda and accidentally knocks over one of the boxes. It was too cruel for Erin but her mother Soya informs her there was more to learn and the more she knows, the tougher it may be to becoming a Toudah vet. Learning that Erin was prepared, they decide to join the hunt to teach her more about Toudahs and what she must face. There, she hears the cries of Toudas who had already mated and calling out to their partners. It was then that Soyon comes across some missing eggs.

Episode 6
The Warmth of Soyon

One dark stormy night, the loud cries of Ake Village's Toudas can be heard. Rushing to the water pens, all their prized Kibas are found dead, attracting large numbers of strange insects to them but they were not the cause of death according to Soyon. The punishment was going to be severe but Soyon lowers her head prepared for the consequences. Erin notices an odd smell about them but Soyon tells her to keep quiet about it. Since that night, Erin has been worried about her mother and the two of them spend more time together, learning more about Toudas and the People of the Fog that they belonged to or, otherwise known as the "Aohrol", Guardians of Past Sins. They were not to allow mistakes that lead to the death of humans and animals to happen again. Until now, they had been referred to as the "Ahryou", People of the Mist and weren't allowed to bathe at the same time as the other villagers. No matter what Erin finds out as she trains to become a Touda vet, Soyon urges her to keep them a secret.

Damiya was still resident at the Grand Duke's fortress and was praising Nugan and Shugan's skills as they practiced. While Nugan admired Damiya, Shugan comments the brighter one may seem, the darker their shadow too. Meanwhile, Soyon has been taken away by the inspectors to find out just what happened to all the Kibas. They wonder if she did it on purpose being a woman from the People of the Fog who opposed the kingdom and its ways. Chief Hasson tries to vouch for his daughter-in-law by saying she had sworn an oath before the Shinou and have been serving as a Touda carer for ten years but it wasn't enough. Unable to give a plausible explanation, Soyon is sentenced to death by being eaten alive by wild Toudas. Learning of what was going to happen to her mother, Erin leaves Ake Village in an effort to save Soyon, hoping to run away together. As Soyon watches her daughter jump into the water to save her, Soyon is forced to perform a forbidden act. 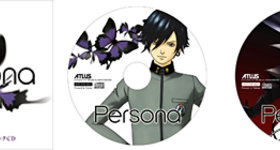 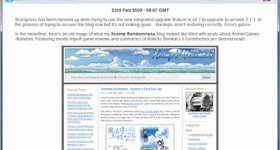 14 Mar 2009, 4:30:07 pm
Yeah everything just changes after episode 7. 6&7 were really emotionally intense, I just can't stop thinking about Soyon:( I think I'll need your summaries too lol, it feels like its gonna last long.

9 Mar 2009, 5:21:54 pm
Great summaries. I kicked my proverbial butt for having sat on this series until just yesterday. Everything changes after Ep7, doesn't it? ;)