Always enjoyed co-op side scrolling brawler games I could play with my friends so games like Streets of Rage have always been fun. Feels like local co-op games you don't need the internet to play were made for the Switch too since it comes with two controllers and it's a compact, all-in-one console you can take literally take anywhere to play.

Well, while SoR 4 was part of the a vintage franchise, here came a new indies title named "Mayhem Brawler" which explains why I've never heard of it but, it had good reviews and looked interesting so I decided to give it a try. 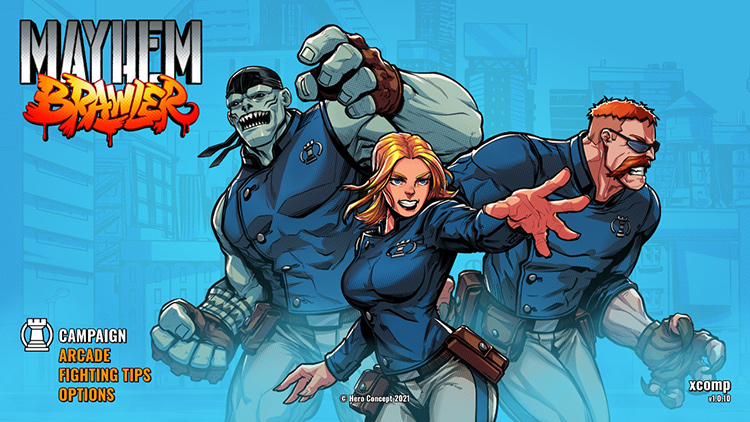 You start off by choosing your character as with SoR. For the most part it does play the same. Walk around beating up enemies, smash things for power-ups and health items, make use of weapons to fight your way through to the boss. Difference is, it's a bit harder because the enemies can counter and block too now so you have to figure out their pattern which makes it more interesting than just button mashing your way through. I'd admit like other reviewers, some mention the patterns are quite brutal such as you're in the middle of punching an enemy but they can easily grab you then take a huge chunk out of your HP mid way anyway. So instead you might have to punch once they get out of the way instead of blocking. So it's quite hard compared to SoR even on the second easiest setting "Officer" requiring some timed blocking and hits.

There's also the odd balance problem where knives actually feel like they deal more damage than any other weapon you pick up. Projectiles travel across the screen you can get hit quite easily when long range enemies appear from both sides which, actually might not be a bad thing because co-op you can watch each other's back. 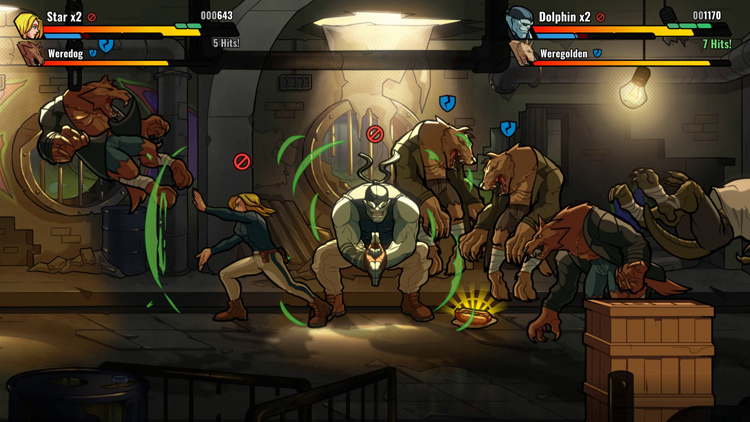 The other difference is, characters have specials but rather than waste away your HP every time you use them like in SoR, you have a separate specials gauge which you can build up from fighting or picking up items. Once your specials gauge is depleted you're back to expending your HP and it works quite well as you have a better idea of when you should use up your specials or not.

World setting seems a bit cliched with a world full of super heroes only they are openly living together with super villains who are both human and supernatural beings in Mayhem City. Naturally the heroes try to keep order and you can choose who to hunt down which also influences the ending. There are three endings to get and I quite enjoyed them all. I think it would have been better if they gave an extras option of revealing what the other routes were in-game after you complete the game once or twice since this game isn't very well known yet so there is very little help or guides around the net just now. 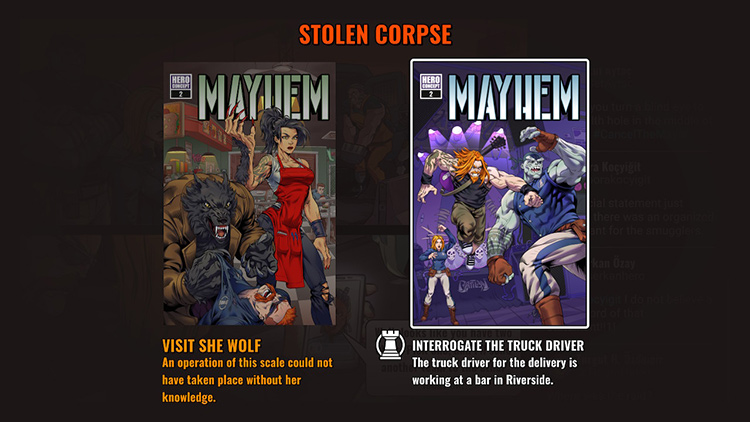 Graphic wise the action part of the game look fairly much like SoR but that's not a bad thing. There has been complaints about stiff animation but personally I didn't really notice it that much while playing. I think the comic style cut scenes complete with comic book covers are what stand out the most and there's a lot of fun references in them. They're even voiced quite well although I think I'd tone down the "hashtag, hashtag" to just "hash something, hash something". An option to quick skip the entire scene too would be good but keep the single scene skipping as some cutscenes are just slightly varied. 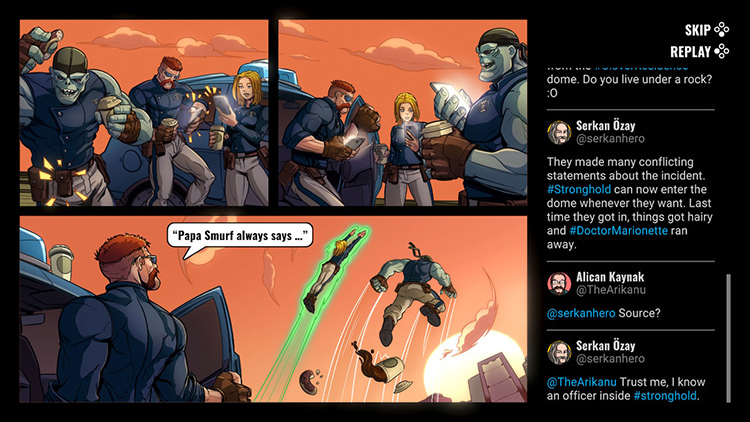 Overall, if you liked Streets of Rage or looking for more co-op side scrolling brawler fun I can definitely recommend Mayhem Brawler. It's good old arcade fun with some extra elements that make it even more enjoyable and challenging. Wouldn't mind seeing more content or a sequel in the future.

I don't know what the exact routes are and how it all fits together but here they are since guides and tips are hard to find just now for this under-marketed gem.

Not sure how important choices 3 and 4 are as they feel more like fillers but haven't experimented enough to find out.

Think the idea is Heavy Caster was used to transport the devices and, Voivoda was the one rich enough to pull it off and then cause a jail break too. This is probably the best "happy ending" out of the three in my opinion.

Route 2: Breach in The Dome, Land of The Dead

Think the idea is the two super natural characters are connected so you end up leading to the Enchantress who is supposedly the true mastermind behind it all. This is probably the hardest boss fight out of the three but also the second best ending.

If you choose to let Beastmaster go and then confront Enchantress you will end up on route 3 too.

Route 3: Back to The Station, Who Watches The Watchmen?

This feels like a mix of the first two routes. Think the idea is, the people you choose to go after don't link up so you end up chasing down the wrong people and as a result, the HQ is thrown into chaos instead which works too I guess.

Or like in route 2 you're just letting too many go so the stress gets to Madison, lol. 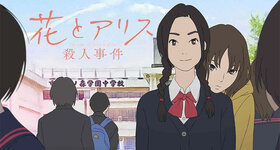 Tetsuko "Alice" Arisugawa has just moved to the rural countryside with...

Releasd a year later after Mask of Deception, it picks up where it lef...