Ai Ohto with heterochromia (different coloured eyes) has shut herself away, skipping school after bullying lead to the death of her only friend. One night while sneaking out, she finds a dead firefly and buries it. To her surprise she finds it talking to her and is offered a free Wonder Egg. Thinking it was just a dream, Ai wakes up only to find it still with her. As she was about to sneak out again hoping to find out more, she finds herself whisked to what looked like her school but is suddenly chased by monsters and a student who seemingly wanted to kill her. As she runs, she hears the voice of the firefly again suggesting she cracked the egg.

Soon, Ai learns that if she can save every person that appears from the egg by defeating the monster that manifests from their trauma, her friend may just be revived. She wasn't the only one given the opportunity as she comes across various other 14 year old girls also given the same opportunity. However, the injuries they sustain in the other world gets carried over with her once she returns to the real world which makes her quest ever so dangerous. As Ai is determined to revive her friend, she finds herself opening up with every victory and befriending the other girls.

It's quite the odd show, officially a "psychological horror" and I decided to watch this because of the hype. There's a bit of gore with strange world designs yet there's a bit of a charm to it. I think it's kind of like Madoka Magica in a way where it tries to keep the characters cute but what they go through is completely cruel and horrific in contrast.

I think it talks about many issues girls face so it might be a show that's very relatable to female viewers although mostly in Japan such as being molested on crowded trains. They're not casual topics and include running away, unwanted pregnancy and self-harm. Probably why they chose the characters to be 14 since 4 is an ominous number associated with death in Sino countries. Every episode seems to bring up a new issue.

Unfortunately, it's hard to see Ai as a shut-in because unlike Jinta from AnoHana or even Futaba from Persona 5, she actually hangs around outside and looks cheery unless she's around the school counsellor. Rather than watching Ai grow out of that issue the other girls she meets end up changing more than her.

When it's not dealing with nasty issues, it's quite fun and cheery the new friends hang out. I guess it helps alleviate the darker more serious topic parts of the show. With that said, I think it doesn't quite get the balance right; especially with its attempt to raise awareness. Not quite sure why this short 12 episode show needs a recap episode too.

On the other hand, the last two episodes definitely manages to deliver that darker side giving a very chilling viewing experience as we finally learn the truth behind the Wonder Eggs.

Characters have clean defined designs, backgrounds aren't so great. Action scenes are mostly good too but there's the odd stutter in the animation much like Cloverworks other shows. Well, at least it pays attention to detail. Faces are full of expression, intereactions are cute and the background music's quite well composed for the scenes which have a kind of Alice in Wonderland vibe to them. See if you can spot the the "Fit Fat" and if you're interested in the viewing spot the girls hang out at, it's a Kofun shaped observation spot at Makinohara Park (古墳型展望山, 牧の原公園) in Chiba near Tokyo.

Didn't catch the "Seeno Evils" as "see no evil". A good localisation on the interpreter's part of the Japanese name "Mite-minu-furi" which means just that. Another thing I didn't notice was if you kept Ai's full name in Japanese order it would be, "Ohto Ai" which would sound like "odd eye" interestingly enough.

If you liked Madoka Magica you'll probably like this; aesthetically cute on the surface but with a dark side. Just bare in mind it also brings up a lot of modern day issues young girls face that might be a bit on the sensitive side. Otherwise the fun expressions are amusing to watch. It just feels unfinished. It's not a show for kids that's for sure.

There's a 46 minute special "My Priority" that you could call episode 13. Half of it is another recap and there aren't any new scenes it seems. The rest takes place after episode 12 which was supposed to be the last episode. Even after this it still feels unfinished. 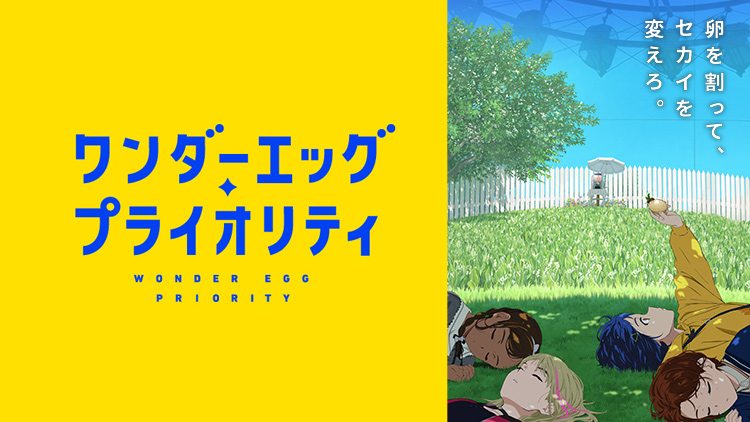 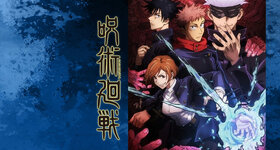 "Superhuman" Yuuji Itadori is part of the school Occults Club. One day...

It's been 20 years since a meteorite known as "Black Night Siderite" l... 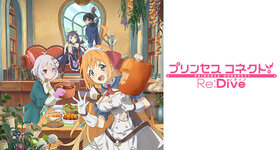