Dropped by the PS Vita Room at Sauchiehall Street, Glasgow which lasted for just under a week from January 24th - 29th.

Nice friendly staff around. Even the security guards were being the doormen. I didn't bother the staff with any questions since I read enough about the PSP successor ever since the rumour mill had been running so, I don't know how knowledgeable they were though. 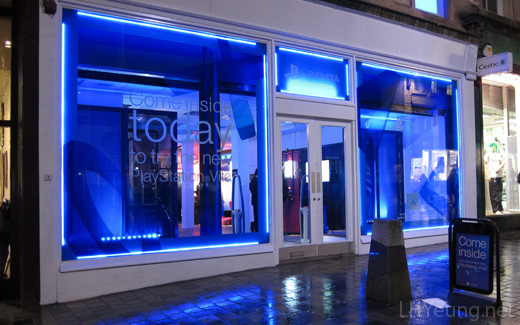 So quite a wide selection of titles to try out! All showed off the different aspects of the PS Vita's hardware. 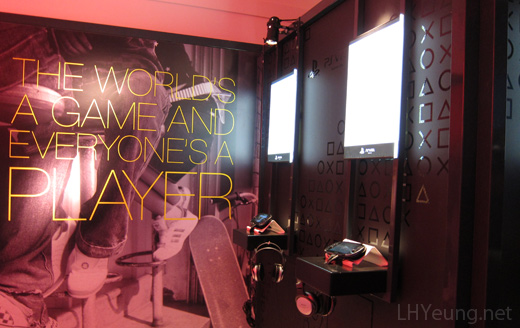 It was pouring rain outside as with your typical Scottish weather... 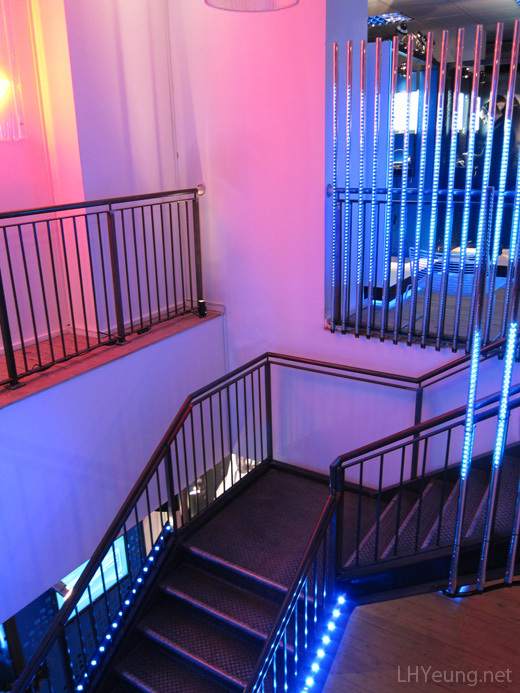 But pretty cosy inside. 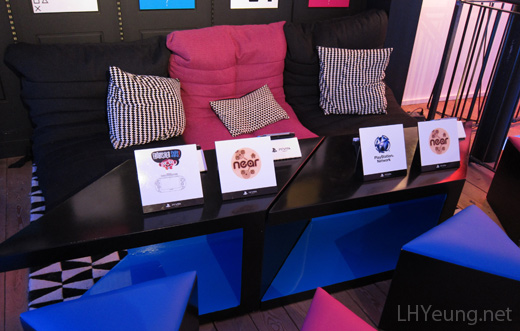 From a distance the PS Vita looks pretty sleek but when you actually hold one, it feels like a tablet PC - a bit on the big side. That said, it feels a lot lighter despite being only 10-20g lighter than the original PSP "Phat" - no doubt because the UMD drive is gone now. I can't compare it to the PSP Go since I haven't tried one. Visually, the graphics on the OLED screen are definitely an improvement from its predecessor. Frame rates are smooth, textures sharp and vivid saturated colours with some great viewing angles if you wanted to share media on it with people around you.

Touch screen feels pretty unresponsive but maybe because they're demo units and have been abused. Buttons are smaller in height but feels more responsive with very clicky responses. However, it would be interesting to see how durable they remain after an intensive button bashing session with a game like DJ Max Portable though. It's also pretty odd to make the dual analogue sticks protrude out from the console. Considering it's a portable gaming console, it might have been a good idea to keep them the way they were on the PSP so that they don't get damaged during travel.

Loading times still feel horribly long despite the switch to flash based memory. I happened to overhear a conversation where someone asked, "Why are the flash based cards more expensive than normal memory cards?" and the answer was "Hardware issues..." Well, I know he wasn't the only one that's complaining about it. 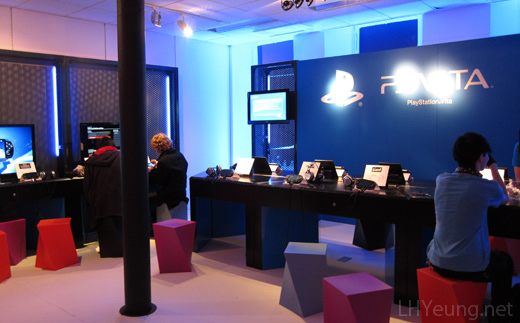 I can't say much about the sound but audio from the Sony MDR-XD100s was pretty good. Might have been better if they used some headphones that had better bass.

After hearing all the hype, I decided to look around for the Gravity Daze/Rush demo but... It seems they got the placard mixed up with Super Stardust Delta. That said, I tried out this demo anyway. It didn't look that impressive but it should be one of those pick up and play arcade games that'll keep you playing for a long time. Won't be a surprise if the gyroscope-based camera control will attract some attention. 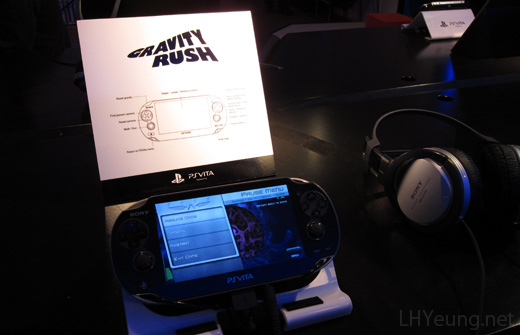 The PS Vita won't be a day one (February 22nd here) buy for me with the current selection of titles available. Only the portable version of Persona 4 - The Golden is appealing at the moment. Perhaps once there are more Japanese titles. Besides, there might even be a 15% price drop after all the initial interest dies down like in Japan. 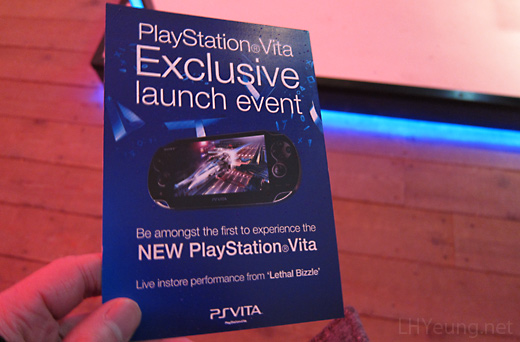 They were giving out these Little Big Planet keyrings to people who signed up to the Playstation Access Facebook Page too. Pretty cool, eh? Not sure if it was a random costume one or if they were all Uncharted. 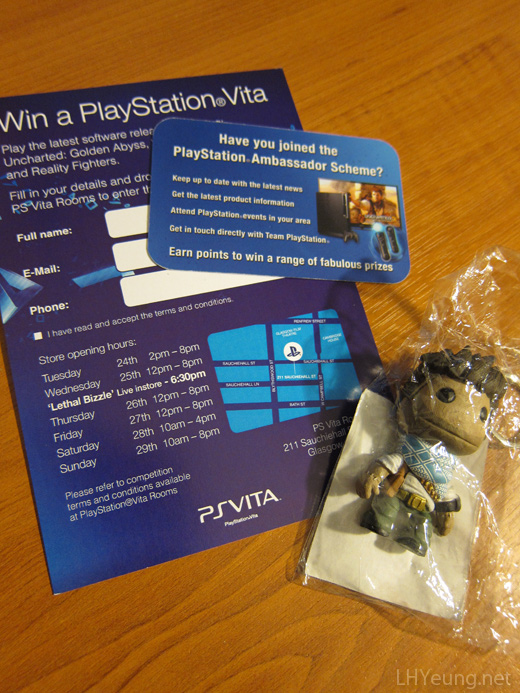 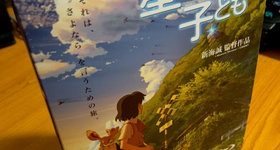 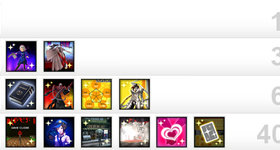 9 Feb 2012, 8:18:34 am
So this was open to the public? Looks like a pretty swank setup for a public event. Nonetheless I'd love to get a VITA, the MGS collection is exciting enough but I'd love more news on the FFX port. So want a system, but for the first time in my life i can't justify the spend when life is slowly creeping in the way of these do want purchases.

The "do want" will never die.