In the story of Last Ranker written by Kazushige Nojima (FFVII, FFVIII, FFX, Kingdom Hearts etc.), Zig is tired of following the seemingly pointless traditions in his home town of Gantala. Seeing no future in staying there, he decides to leave and enrol in the city's "Rankers", an organisation established to train strong warriors. There, he vows on the same day as a daughter of royal lineage, Ren who becomes his rival. Coincidentally, the top ranking Seven Knights are missing a member. As Zig battles his way to the top, he begins to wonder if it was the right choice when he finds it is full of corruption and only the strong, high ranking survive. 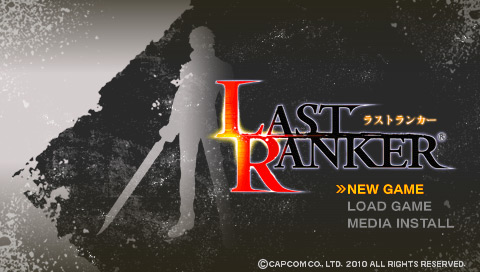 As the name of the game suggests you make your way up the ranks starting from below 90,000. That might sound like a lot of ranks to climb but just like No More Heroes 2, you actually rank up pretty quick. You can either do quests or, you find any NPC that has a higher rank than you then defeat him or her. Simple.

I think it's a great idea that you can challenge NPCs to a duel - Kind of like the way PvP works in an MMORPG but it's pretty poorly executed because it's so hard to find ones within your range. Otherwise they refuse your challenge. 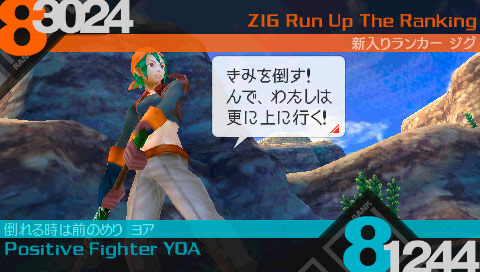 There's the usual side quests where you have to collect so many items from the monsters, deliver something to an NPC etc and doing the key quests moves the story along. And as with the trend in recent games, you can also build up your relationship with the main characters by inviting them to your room but don't worry, it's just a little romance dialogue - if it's a girl you invite.

As you go up the ranks and are rewarded with new privileges, you don't actually get a great sense of achievement because there really isn't much to see. Most of the time you're looking at a blank screen or a simple stamp even though your lodging eventually looks better.

That said, the end game does get more interesting as the difficulty ramps up quickly all of a sudden and you get to the point where you have to get the strategies just right to win. 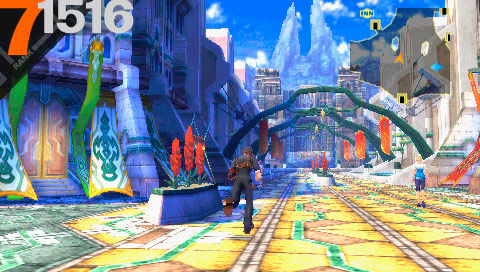 Battles are mostly random encounters and unlike most RPGs where you have party members, it's completely a solo affair here. There are some special "Ibinis" enemies that are visible but flanking them doesn't give you an advantage. When a battle does start, you don't see a screen filled with status bars. Instead, there's only your HP and an SP bar. Everything you do costs SP but fortunately, it replenishes itself so most of the time you'll find yourself staring at the bar since you can't move your character. Of course, this also means it's flexible about how you fight and there's actually some timing involved. Say if you run out of SP and when the enemy runs towards you, you just have enough to defend. You can aim to get the timing right to block or interrupt attacks. 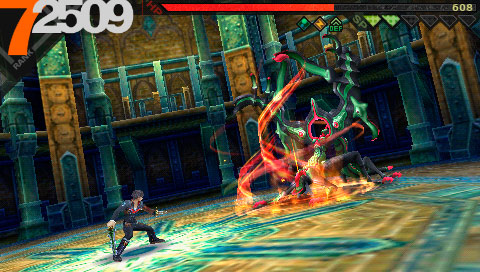 The other interesting thing is instead of giving your solo character a set of preset skills as Zig levels up, you gain skills from the NPCs you choose to defeat. These can then be assigned to certain keys and used in battle but they all have a limited number of uses. Also, if you're fighting a fellow "Ranker", a Break gauge also appears and if you attack enough, you have a small amount of time to deal as much damage as possible. 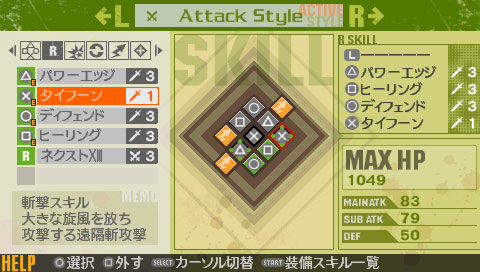 I also like how you can jump between areas you've visited but everything feels a little too constricted to explore. A lot of times you'll find you can't access an area yet because you don't have the right rank. However, it's fairly cumbersome going back to your own room to rest because you always have to talk to the lodge keeper and choose the right room number. This could all be streamlined better. 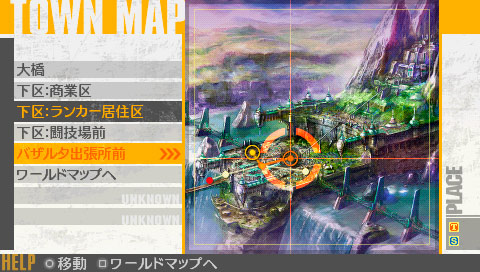 It looks very much like an MMORPG with ranking numbers floating above all the NPC's heads. Textures are a bit on the rough side, mostly blurry looking and there isn't really many different environments to see during the game. Enemies are fairly much a similar fair where you're mostly facing the same models that have been given a swap of colours. 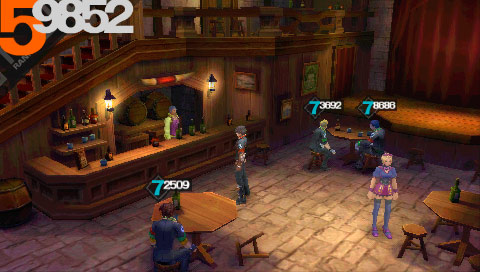 In-game cutscenes  are half and half. Character movements are fluid but sometimes you're just watching a turn based battle take place - the same way you fight. No dynamic camera angles or fancy movements to make it more dramatic.

Voice acting is generally good although only the key scenes are voiced and it's the cliché set of Anime characters. There's a familiar cast of Seiyuus including Jun Fukuyama. You won't find much character development in this story.

Music wise, most of the tracks are composed by Yoko Shimomura and just like the few tracks from Xenoblade, they don't make much of an impression. Sometimes there are vocal opera tracks sung by Joelle Strother playing in the background whenever you're fighting bosses which I feel, doesn't quite achieve the dramatic effect it was going for. 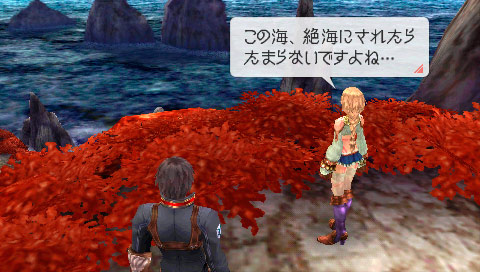 Last Ranker has a fairly unique battle system and some nice ideas going, allowing you to challenge almost any NPC you like to go up the ranks. Unfortunately, the idea is very poorly executed and it's overuse of the same enemies, lack of variation visually further let it down. 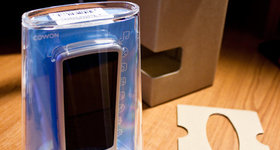 Decided to pick up a new DAP because my old Meizu Mini Player's down to less than an... 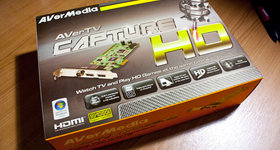