Yes, yes. I know this site is feeling like a diary lately but nothing on the gaming and Anime side of things of late quite pique my interests.

Anyway, found the time to go back and claim my free viewing compensation at Cineworld after the waterworks incident just over a week ago. Luckily it wasn't too late ^^;

Avatar isn't a bad movie but very predictable as most others have said. Those of you who don't know the story already (which I doubt), Avatar is about how the human race have found a precious mineral known as "Unobtanium" on the alien planet of Pandora. However, the blue-skinned inhabitants there known as "Na'vis" refuse to let them enter an area where the resource is most abundant and for this reason, they make an effort to communicate with them via research using "Avatars" which allow the humans to look just like them. Jake Sully is another one of those people who takes over his brother's avatar but unlike others, he is accepted amongst the people when he meets Neytiri, a princess from one of the tribes and a sign is given by their sacred tree. They agree to teach him the ways of their people, unaware of what Jake's true mission was.

Spoilers and thoughts ahead. 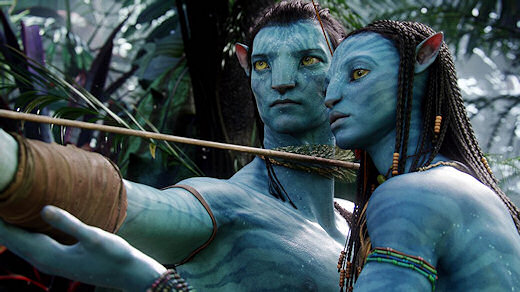 I see why so many also said the movie spent too much time giving a tour of Planet Pandora. Almost a half of the movie is spent building up the viewer's impression of the planet and although as beautiful as the CGI is, the uneventfulness made it kind of tiring.

However, I think this helped set the viewer up for the carnage that takes place afterwards where everything ends up in flames in the blink of an eye and allows one to empathise with the Na'vis.

The story itself actually reminded me of the time when the media was talking about the large deforestation of the Amazon rainforest long ago that was leading to the loss of homes for the tribes people that still lived there much like in the movie. It's pretty hard to believe that tribes still exist when we live in a modern world surrounded by the conveniency of machinary and electronics but, they still do in places such as Africa.

Visually it's interesting that the graphics studio behind Lord of the Rings, Weta Studios that were responsible for the CGI and I thought they were modeled and rendered very well. In fact, it was all the emotion that could be seen in the face and the eyes of the Na'vi that made me wonder if they were involved in the production process.

The style kind of reminded me of Golem from Lord of the Rings.

The last time I mentioned how the 3D version of movies look pretty ugly after my early short experience. I still haven't quite changed my opinion.

Somehow, I think the stereoscopic effects work better with CGI - Most likely because the lighting effects in CGI are all artificially calculated. So even though those "popup card effect" is still there, your eyes are already used to the CGI and can't tell where the rendering of light is unnatural. The scenes work just fine.

On the other hand in the real world parts of the movie, the popup effect is more noticeable because the natural lighting around them ends up being clipped - i.e. loss of light and shadow or for the photographers amongst you, an abrupt change in tonal detail.

For example a light shining onto an object would make part of it dark and you would expect that shade of darkness at the back of the object to flow in a natural gradient into the shadows of the scenery. However, because of the popup effect and the way light is being manipulated, that smooth transition in natural light is lost.

Just a theory I had came up with after having worked with clipping controls in digital photography and RAW photos.

Interestingly enough, apparently the 3D effects do indeed work by polarising light which you can think of as sticking a pair of sunglasses in front of the projector.

Essentially, this creates two different images through the 3D glasses by letting only certain waves of light through the two different filters. When these two images are viewed together, they create the illusion of the 3D effects. 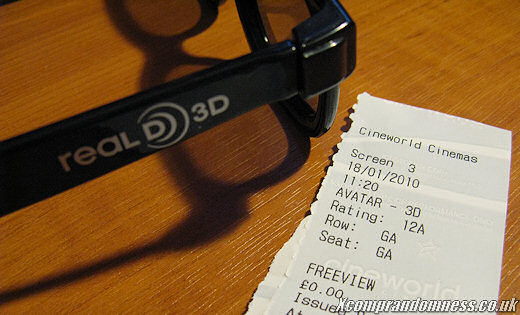 Try looking through just one side of the RealD 3D glasses yourself at your monitor to see the circular polarisation in effect.

When held horizontally, the right filter makes things have more of a slight yellow tint to them than the left. If you then slowly rotate the glasses anti-clockwise, you'll see it turning blue when they're held diagonally. Do this clockwise and things will turn yellow instead.

I think I'll just stick to the original 2D version unless it's a CGI movie. 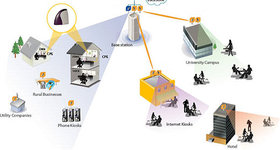 It looks like all those documentaries regarding the increasing popularity and... 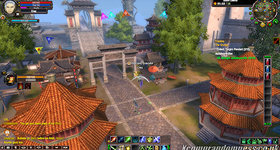