Didn't even know this drama series has resumed already. Been over 6 months since the first season ended... Time flies, eh?

Episode 14
I've never been able to tune properly.
I always end up thinking I can sound better.

Mana is down with a fever and Touya's father is hospitalised because of heart disease. Touya doesn't seem to know about it and angers Misaki. The contest between Rina, Yuki and the Sakura group is also over - The victory clearly belonging to Eiji's singers. During a conference, Eiji hints to Rina that he had decided to give up on her and concentrate his efforts on training Yuki from now on. He leaves letting Yuki know she can take the day off and goes to collect a painting that he once saw in London that brought him to tears. Meanwhile, Yayoi is bothered by her stalker once again while at Echoes and goes to find Touya for comfort at the hospital.

What isn't found, will destroy everything around it.
Nothing can be done because it's just not there.

It's New Year's Eve. Eiji spends his time at Echoes telling the owner there of his fascination with the oil painting. Touya's father returns home together with Masaki and Akira temporarily but not without spending some time alone with Touya first, reminding him of how life can be lonely at times. Touya decides to spend time in his own apartment thinking over things that has happened between he and his "goddesses". Later, Yuki arrives with Yayoi not far behind. Touya was quite surprised. While Yayoi goes out to buy some dinner, he spends some moments alone with Yuki but looks out the window while kissing her. On the other hand, Haruka and Mana spends the night together camping at an old abandoned house until sunrise. The next morning, Eiji catches Touya and Yayoi together when they decide to meet outside Echoes.

Episode 16
Thinking back to when one was young, there are things that makes one writhe in pain.
Compared to that...

Touya spends the night with Yayoi again at an hotel, unaware that his father had collapsed back home early next morning. It isn't until he returns to his apartment that he learns what happened and goes to visit him. Akira felt deeply responsible for being distracted and leaves the hospital, unable to face his best friend Touya. Misaki on the other hand, decides to stay and catch up on how he has been, curious to know why Yayoi was frequently meeting him at Echoes. Touya pretends she was just nice and manages to wave it off before making a phone call to his uncle about the heart operation his father will have to take. Meanwhile, Eiji's plan was going smoothly as Rina quits the production company herself, allowing him to send Yuki to the highly acclaimed Venus Music Festival as part of the next step to make Yuki a rising star.

Episode 17
There are lies one wants exposed. There are also truths that one wants to believe in.
In my case, there is one of each.

Yuki goes after Rina in the rain who leaves the office quickly and tries to convince her to stay but, Rina insists she had to leave and wanted a change of environment. Together, they sit down to have a long talk about the time when Yuki had a tough time making the final recording of "White Album" and how Rina encourages her. Outside, Yayoi comes across someone who might be her stalker. At the same time, Eiji is contacted by the Sakura group's manager who claims they had to claim the painting they gave him back because it didn't belong to them. Eiji refuses, repeatedly telling them it was too late. In return, he offers his studio as part of the payment for the painting seemingly unaware it was a trap. With Rina gone, Yuki now begins to falter during her performances and cries on TV.

Don't really like the new opening "Mugen (Fantasy)". It's Nana's familiar style but the flow's too random unlike the first opening. Not really liking the art either. The ending song "Akai Ito (Red Thread)" is a bit better but again, can't beat the first ending.

Eiji's starting to turn into some crazy artist who's obssessed to realise some piece of art. Why do all famous artists have to be crazy people even in a fictional story?

So now that Touya's clearly two-timing, I wonder how it will all end for him? Surely not another "nice boat" by Yuki, right? I wonder if his father's speech spur him on about not being alone.

Well, in any case plenty of drama going on... Test of friendship - Rina and Yuki competing in the same career, Touya and Akira falling out, Haruka and Mana having affections for the same guy. Test of family bond - Touya and his dad. I guess you could just sum it all up as different types of love going on in the show colliding together with Touya at the centre of it all.

When you think about it, it kind of sounds like a harem show because all the girls are falling for a single male protagonist but with a serious tone - without the comedy and common fan service being thrown in... Does that make sense? ^^; 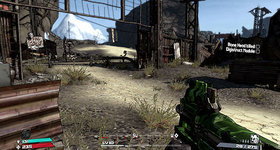 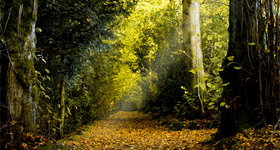 Went out again this year to capture some seasonal autumn themed photos to use for my...