Uh oh, I'm starting to buy into Canon's DSLR system which means my wallet will soon be gone.

Anyway, thought I'd share a little of the information I've learned as I read more about photography and experiment with more gear. The more experienced photographers amongst you can correct me if I'm wrong about anything ^^; 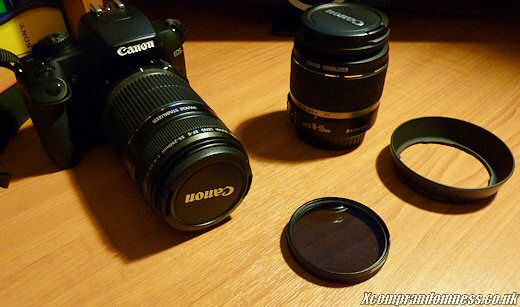 DSLRs have all kinds of lenses for different situations so that a high quality image can be maintained e.g. wide angles for landscape, telephotos (zoom) for wildlife and fixed range for portaits.

Compacts on the other hand (apart from the high-end models) can make a trade off with their all-in-one lenses because of their smaller sensors which are about a tenth of a DSLR's and captures less detail - Fine for home prints but not at the professional marketing level where larger prints are needed and must still remain sharp and noise (grain) free in most cases.

That is why both the DSLR camera bodies and the various lenses can be so expensive. Especially the ones with an aperture rating of f/2.8 or lower which allow a greater depth of field (blurred objects the further apart they are) in portrait shots and makes night shots easier.

It's pretty heavy and has a bigger focus ring than the kit lens. 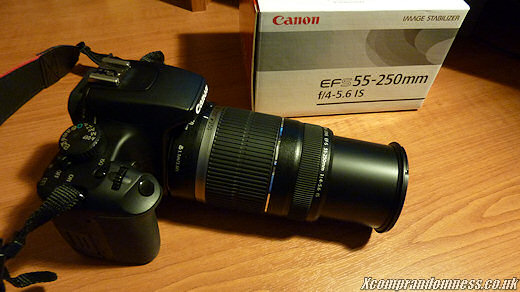 Fairly close to what the 12x super zoom compacts that I tested offers such as the Canon Powershot SX200 and Panasonic Lumix DMC-TZ7. 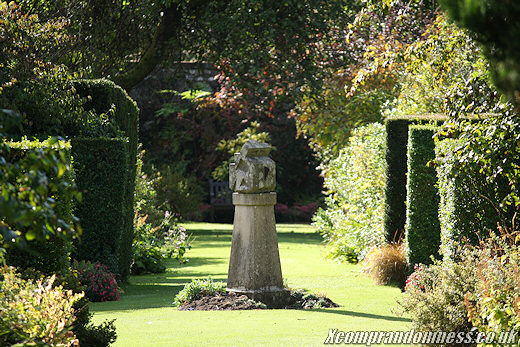 The reason I chose a telephoto lens is because it makes capturing shots of wildlife such as the birds below much easier. It should come in handy during events where you're some distance away from the people or objects you want to shoot too.

Note these photos are fairly much all at 100% crop with no post-processing. I just added borders and shadows to separate the images better. 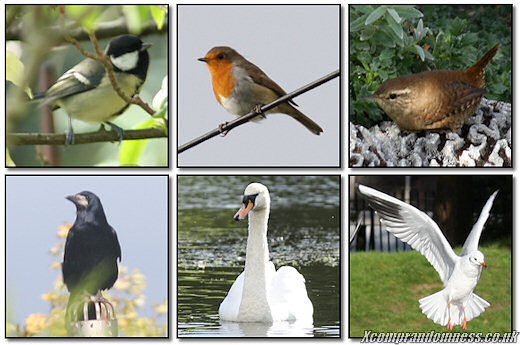 I think this duck was the test shot that came out the best. It just finished dipping its head into the pond. 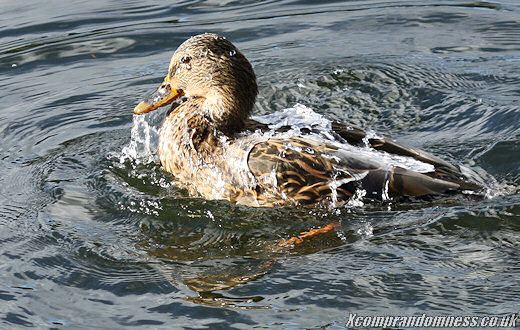 There are all-in-one "super zoom" lenses too such as the 17-200mm but just like compacts, they offer poorer quality shots and generally costs more than separate lens. I think the higher price is most likely to do with the conveniency of not having to change lenses and let dust get into the equipment.

I also went for a polariser which acts kind of like polarised sunglasses, filtering out the reflections you see on reflective surfaces such as on water and glass because I mainly take outdoor scenery photos. Like most accessories for DSLRs, they're not cheap.

For auto-focus (AF) lens, they're circular and are screwed onto the lens. Their millimetre rating indicates what diameter of lens they fit. Once they're fitted, you can rotate the polariser to adjust the filtering. 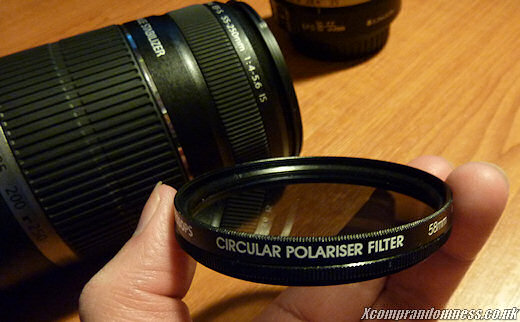 The problem with using them on AF lenses is you have to focus your shot first then take care when adjusting the filter. The second hand Jessops branded one I bought was loose enough for me to turn it without affecting the focus but, I still held onto the lens focus ring.

You'll also have to keep the lens hood off because it won't fit. Lens hood are these things that make DSLRs look "cool and professional" coming in plain "lamp shades" or petal shapes but, their actual use is to minimise lens flare and any extra light coming from the sides that might affect shots. 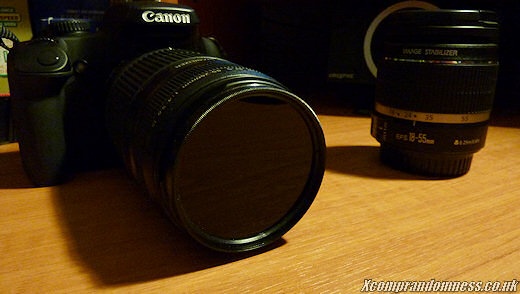 Here you can see the difference the polariser makes.

First without it, you can see the reflections on the glass... 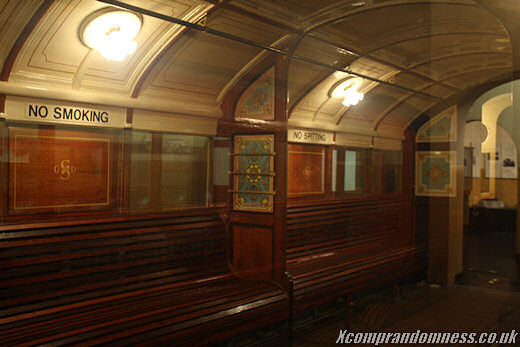 Then with it on and adjusted properly, it clearly filters out some of the reflections seen above. 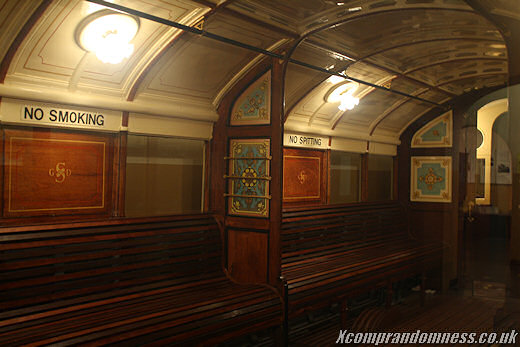 Reminds me of those tests at the opticians... "Does the letters on the wall look better with or without?"

Here the water seems clearer with polariser on in the shot on the right. 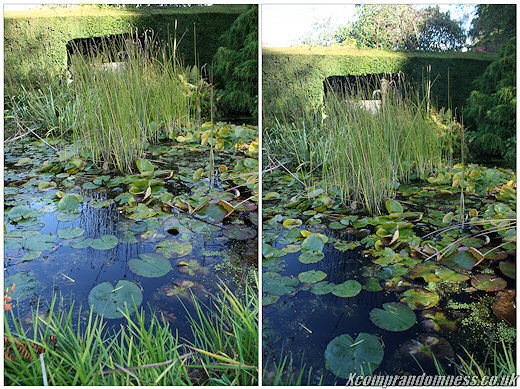 And again, clearer on the right with the polariser. 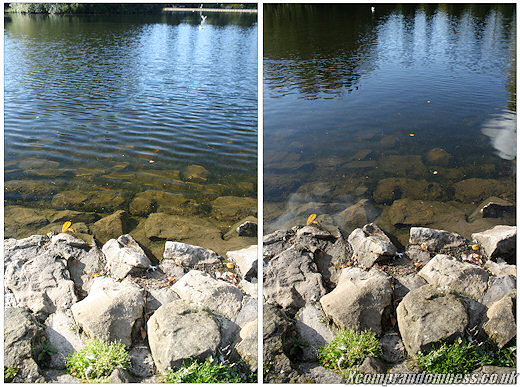 It's also easier to balance the lighting between sky and scenery so that they both show up correctly in a single shot when the sun's not shining.

So, a very modest set of equipment so far but suits the kind of photography I want to pursue at the moment. 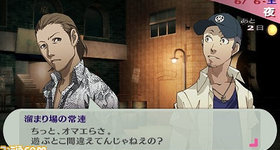 Susukida who was lead designer for the life sim events that took place in P3 and P4, is... 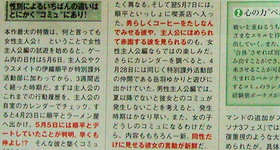 Kawashima from Famitsu has a short report about the things he spotted while trying...