After so many expansion packs for the second game, The Sims 3 was finally released last month which you could say, compresses it all into one neat package and adds a vast number of improvements to the original game. 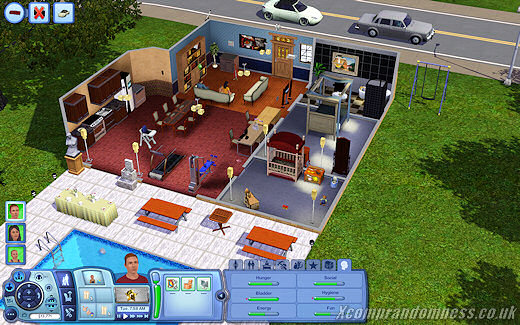 If you don't know already, the game is about simulating life but without all the real world mishaps, allowing you to work towards dreams much more easily. After creating your own character much like in the prequel, you either pick a pre-built furnished house or a plot of land to design your own. You then keep their daily needs such as hunger, bladder and fun fulfilled by queuing up tasks for them to do while working towards the Sim's ultimate dream.

Perhaps the greatest change of all is that there are now places to visit now such as the library, theatre and bookshop offering more visual variety and things to do in the game. While in the past, there might not be much reason to save up your Simoleans for long, you now have the chance  to invest or buy out those very places you visit too!

In terms of improvements, needs and skills can actually be fulfilled while working or doing other routine tasks which is great because you have more time to focus on other matters once your Sim returns home. 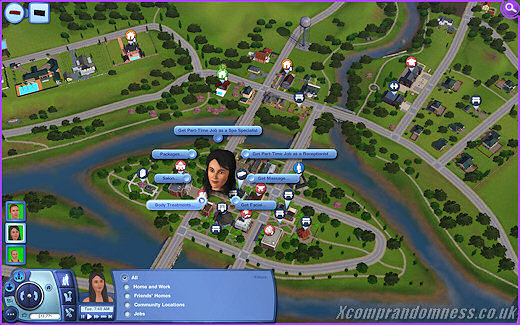 Characters still have traits that define their personality but, there's a lot more goals to fulfil now with a single ultimate dream and a large number of smaller wishes to aim for from the simple chat to someone or mastering a certain skill. These in turn earn you points as lifetime achievements which you can then spend on more skills to make your Sim's virtual life easier. There's a whole lot more than in Sims 2 and this prevents the game from falling into a mundane routine.

Speaking of characters, you no longer have to populate the town with your own neighbours either as the computer keeps track of  their daily lives too.

Visually, it doesn't look much different from its predecessor. Animations feel very much the same as well as the actual graphics themselves although there is surround sound support and you can knock up the anti-alias settings to smooth out those jagged edges.

Pre-packaged furnishings remain fairly limited but if you're willing to spend some real cash, you can download more from the online Sim Store.

Sims 3 improves upon its predecessor making it a lot more enjoyable although I think it would be great if they had brought in seasons and weather effects too by now. 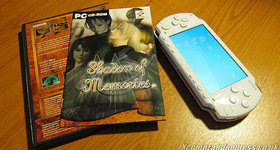 The PSP ports don't stop coming... Shadow of Memories, yet another a former PS2... 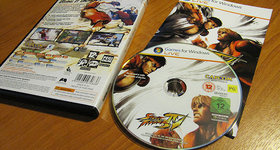 @Blue
Yes, I have the game running smoothly at 1440x990 full settings on my setup. The graphics for this game really aren't that demanding to be honest compared to say Fallout 3.