Tsim Sha Tsui's a place that I always visit at least once whenever I'm in Hong Kong on business. Probably because of the view there.

I carried the same mini tripod I used at The Peak so the pictures are fairly sharp but it's hard capturing the shapes of all the bright neon light signs.

Making my way to the harbour. Lots of roadblocks set up so you have to use the underground subways.

Night shots of this place are aplenty so again I thought I'd go for some daytime shots too. Now you can see what the signs say without doing an HDR merge and it's easier to capture those ships!

Pity I didn't leave enough leeway for the taller skyscrapers so the merge ends up cutting them off. Will remember next time!

Hong Kong hosting the 2009 East Asian Games this December and here's the mascots, Dony and Ami. Wonder why they didn't name the girl, "Amy" instead. Then they'll both have a 'y' to end their names. 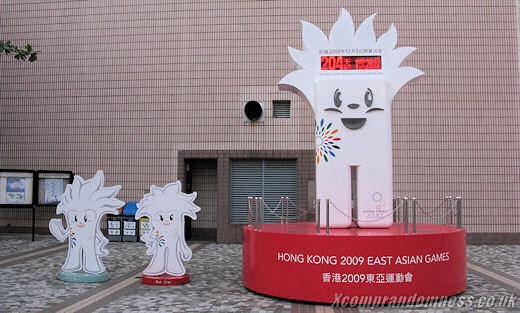 Never noticed this archway before just next to Starbucks... Must be using it to make up for the lack of a sea view ^^; 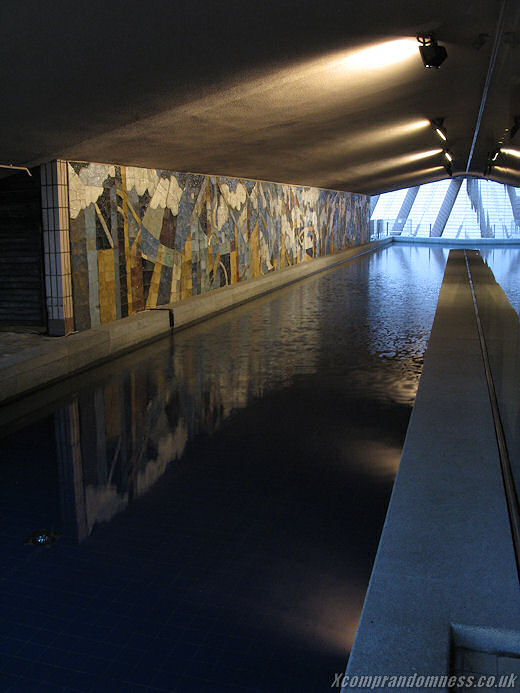 The clock tower next to the Cultural Centre which you can just see from The Peak without using the binoculars. 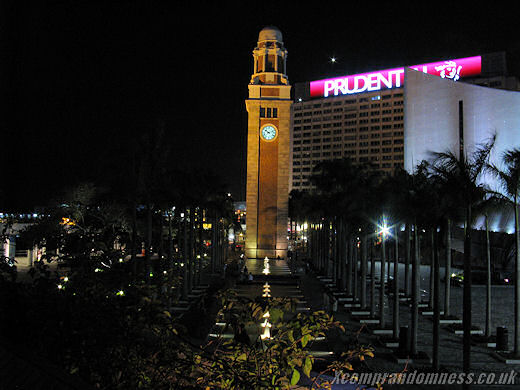 Trying out some perspective shots under the archways of the Hong Kong Cultural Centre. 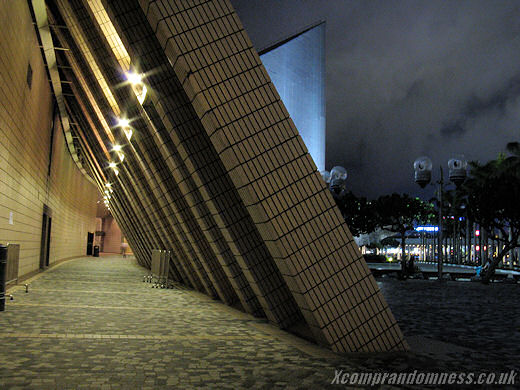 The "Flying Frenchman" sculpture which I paid no attention to until now ^^;

Plaque says it's created by Cesar in 1991 and was donated to Hong Kong in April, 1992 by the Cartier Foundation. Not too familiar with the background I'm afraid. 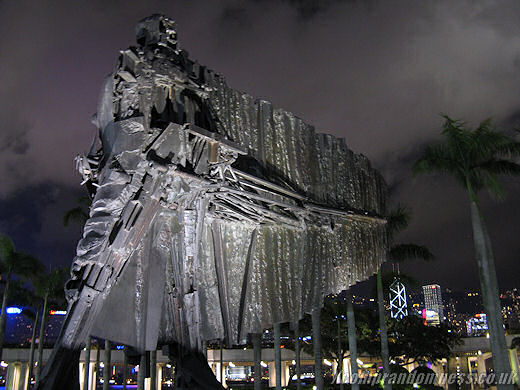 Another perspective shot under the viewing platform, capturing the ground and pillars shrinking into the distance. 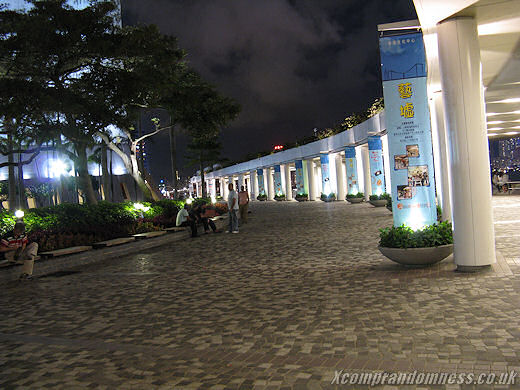 "Avenue of Stars" where many stars have their hand prints on the ground so you'll see lots of people looking down as they walk.

Besides coming here for the night view, you could also visit the Cultural Centre for art related displays and performances. 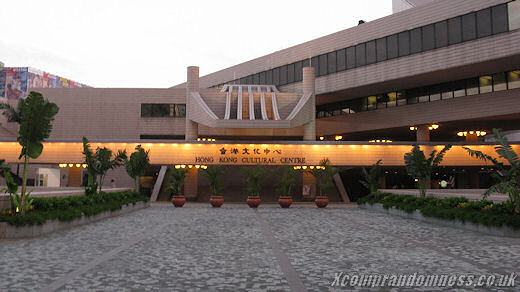 Or the Space Museum... I wanted to try out the star gazing room this time round just to see what it's like and I've never been before. Unfortunately, it was closed down for renovation. Oh well, always a next time. 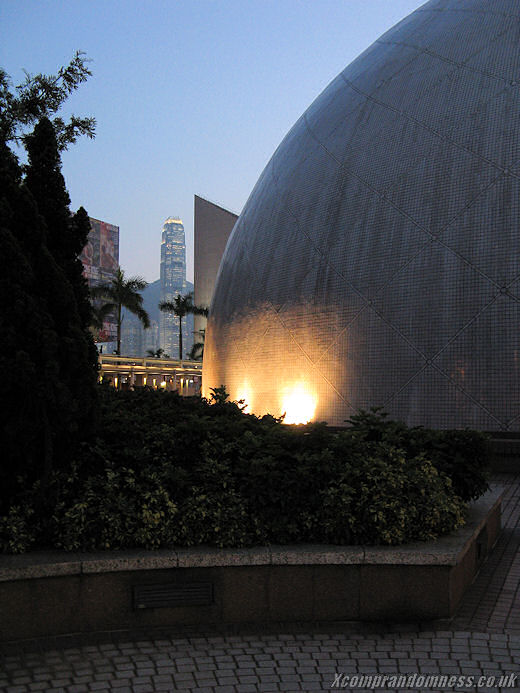 YMCA located here too and a Science Museum located a little further away. 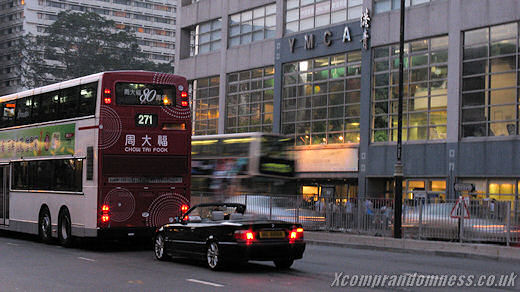 Nice area to sit around. They had some sort of "After dark" thing going on with lots of posters up. The blue one featuring Rome which you can see on the top-right is just creepy... 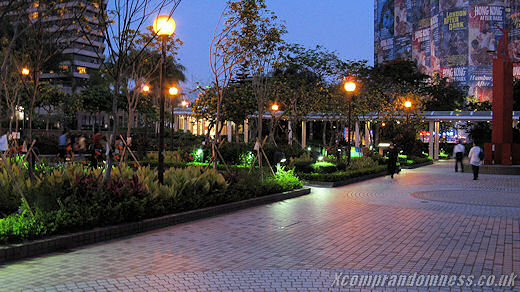 Just before leaving, I thought I'd try to capture the hustle and bustle of the main streets at night this time.

Had some Japanese food at Akamaru at the end of the day and it was very busy. So busy you had to share your table with strangers.

As you can see, the Octopus card can be used here which means no need to carry cash or even credit cards around. 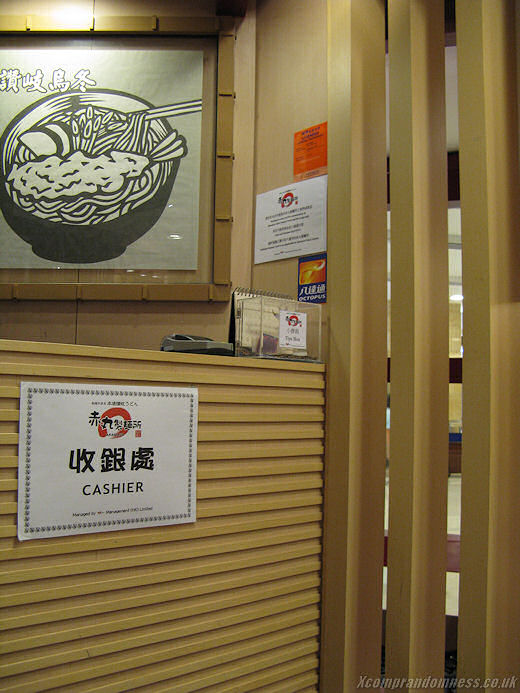 Can't remember what the dish was called but it came with some tempura and included a drink of your choice, hot or cold. 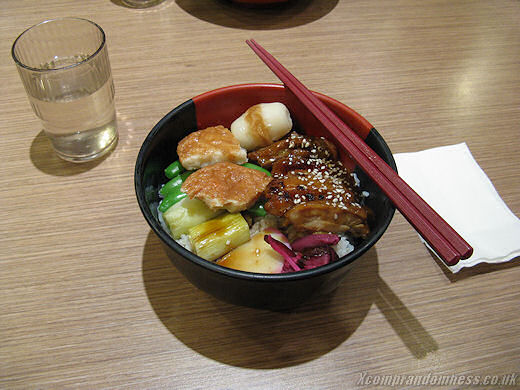 I shot some short videos as I took a stroll around but they will have to wait until I get back. Funnily enough, it's only when I'm in the middle of shooting one the tourists stop me to help them take pictures...

What is it with all the coincidences lately? It's been sunny in the UK everyday until the day I leave when it pours, the problem plagued Ngong Ping 360 breaks down the day after I go on it, Mong Kok had someone dropping acid into the streets again the day after I visit and now this. 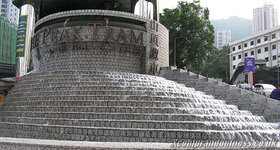 This is Central where another of the tourist "traps" are, Victoria Peak. Ive... 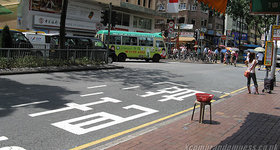