On their way to the airport, Akane and Keita come across Kuro's bodyguard Yakumo and find out that she was a princess of the Sacred Lions Tribe. He was with one of the Master Roots that had escaped from the Kaionji Corporation, Riona Kogure because they were going to perform some sort of experiment on her. They also learn their chain of convenience stores were being used to find more Sub Roots to create Master Roots. As they wait for their flight, Kuro decides to tell Keita about her past and how her brother Reishin had suddenly killed their entire tribe including their mother. Suddenly Hiyou, who was banished from the Guardian's sacred land for bringing humans there for experimenting, appears to capture Kuro.

Keita, Akane and Kuro arrive on Okinawa and spend some time enjoying the island's peaceful environment before finally dropping by his grandfather's home. He didn't know how to explain the photo he had and what has happened so far but, his grandfather doesn't force him to explain and lets them stay. Just as they were going to leave to search for the place where the photo was taken the following day, two Guardians Makana and Kakuma appear and attack them, thinking they were friends of the Kaionji and were here to destroy their Spiritual Stone. The misunderstanding is cleared up and Keita learns their Hiba Tribe were all killed and that they were the only survivors. The Kaionji were gathering Master Roots to help them seek out the Spiritual Stones which controlled the balance of Tera Energy and were planning to destroy them.

The Noble One track down Reishin, the one responsible for breaking the balance of Tera and arrive at the Kaionji's head office just as Yuki was complaining how she wanted her Sub found soon. They learn that he wants to throw the world into chaos and create a new one but doesn't manage find who the ruler will be. Despite synchronising, Steiner wasn't able to hit Reishin at all and are almost wiped out by a single blast if it wasn't for Excel's Hexa Wall. Meanwhile, Daichi thinks back to the past about he discovered the Doppel Liner System and eventually hacked the company's computers before convincing Reishin to let him join. However, Reishin didn't know he had other plans in store. Later, Keita meets his mother's Master Root, Shinobu while Hiyou catches up with Kuro once again.

Kakuma has been captured by Reishin. He was the key he needed  to gain access to the Spirit Stone in the Sacred Land. Meanwhile, Keita could feel Kuro in trouble and was making his way towards the cave she was being tormented by Hiyou. Just as he was about to use the Thousand ring, Shinobu catches up and pins him to the ground absorbing his Tera again. They learn that she had decided to become a "Minus Root" when she learned from Hiyou abut the Doppel Liner system and how it was responsible for all the misfortunes she has been through as a Sub. This happens when the Master Root and the other Sub Root is killed and allows her to absorb the Tera energy or fortune from others. This meant that no matter how much she Synchroed, she won't lose any life energy. At another place, Daichi manages to find Yuki's sub, Akane. 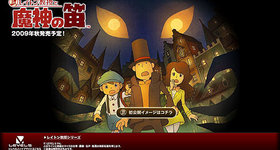 A young man that prophesises the end of the world, Luke."The Legend of... 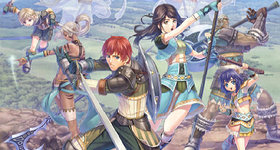