After being captured by the very Youkai they were searching for, Natsume loses his ability to see Youkais but manages to escape. Finding the Youkai again was going to be much more difficult and while searching for the missing Natsume, Nyanko joins the list of the ones to be eaten. However, they remain determined to win this challenge set before them and find a way to seal the threatening Youkai for good.

Natsume is going off to spend the day studying together with his friends at a lodging house and learns that legend has it mermaids lived in the area . He also learns from the owner there Chizu Sakanaka that it is said whoever had the chance to eat their flesh or drink their blood will turn immortal and have eternal youth. When Sakanaka was younger, a cherished friend's illness had worsened one night and she had gone to beg for the mermaid's blood. The friend was saved but reaching old age, she realised that it could mean he will live with the illness forever and tries to find out is he was really still alive or not. While wanting to help her, Natsume also had to worry about his Yuujinchou being stolen by a mermaid.

Episode 9
The Man By the Cherry Blossom Tree

While out to buy a gratin bowl back home, Natsume comes across a painting filled with bare trees and takes it home with him. Since that day, every morning he would find flower petals all over his futon. One night, he decides to stay up and finds a Youkai by the name of Miya was responsible for them. Natsume also learns that she had been searching for a man named Yasaka for a very long time and it was then that she heard about a painting that had absorbed a human into it. Thinking it maybe Yasaka, she kept it alongside her. They had met during Spring and not knowing she was a Youkai, they had got along very well. Ever since then, they would meet every year so that the cherry blossoms would conceal her identity. However, some time afterwards, he disappeared. Now the painting wouldn't come off the wall and was causing Natsume some trouble.

Natsume goes out to  gather some wild Hassaku oranges with Nyanko when suddenly, a large axe shoots pass him, narrowly missing and lodging itself into the tree next to them. As he returns home one day with Shigeru, he spots some large footprints leading all the way home and a strange drawing outside their gates. Natsume soon learns that something similar had happened before long ago when Shigeru was younger and rumours were being passed around that he was cursed. However after meeting Reiko, none of the misfortunes ever happened again. After hearing this story, Natsume soon learns it was all the work of a "Karime" - A Youkai that likes to force humans away from the home it likes so that it can live in it. Natsume wasn't going to let it do so. 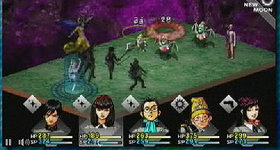 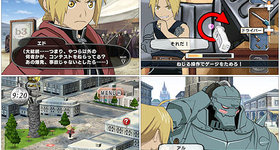