Yet another series which I haven't watched the first season of last year. Zoku Natsume Yuujinchou looks interesting with the traditional Youkais in it. 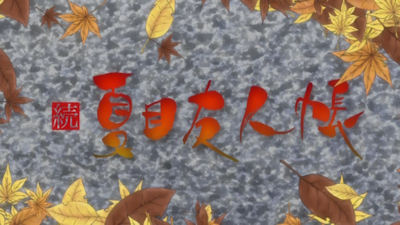 Takashi Natsume is a highschool student who has been keeping a secret since receiving a book known as the "Yuujinchou (Friends Register)" which he inherited from his grandmother. This register was passed down to his family by Reiko who possessed great spiritual power and wrote down the names of the Youkai that she defeated which allowed her to control them. Now Natsume can see and hear Youkai around him as he inherits her power. 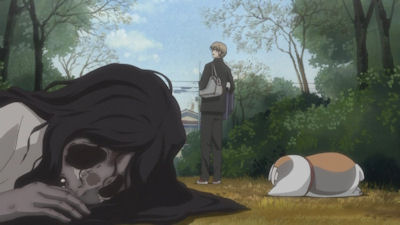 One day, he comes across a chubby black cat who steals the register when he mistakens it for Madara. When he goes out to search for it together with the real Madara, he learns how the other Youkai were assembling together to attack the humans for sealing their patron. It turns out this patron was the black cat but to undo the seal, Natsume must first find out its real name and unfortunately Benihou, who was an acquaintance of Madara, didn't know it. 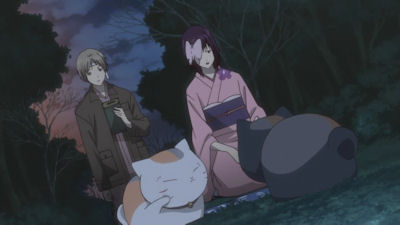 Natsume soon gets caught out by the Youkai but with the help of Madara and staying calm, he manages to find out that the black cat's real name was "Rioh"and returns him to his normal form. 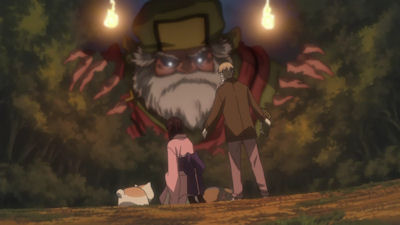 After the incident, Benihou changes her opinion about Natsume. Originally she wanted to eat him but now that he's helped their patron, he has earned some respect from her. She invites Madara to return home with her where the other Youkai were but he decides to stay with Natsume until his short human lifespan is over. Natsume smiles and begins to think about how troubled he's been feeling lately. That loneliness when little partings take place and plans to treasure the moments he spends with others. 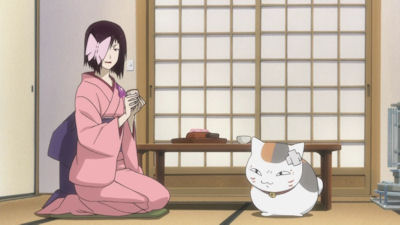 I like the background art in this show. The music and theme songs "The Time Machine from that Day (Ano Hi no Time Machine, あの日のタイムマシン)", "I Love You (Ai shite'ru, 愛してる)" sounds good too. It's great to have another show involving Youkai that isn't just full of fan service. 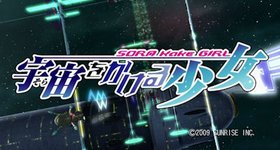 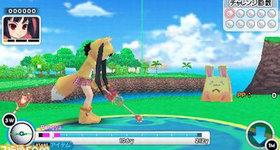 According to Famitsu, Fantasy Golf Pangya Portable is heading for Japan on April...

You're right about the fanservice, or lack thereof: the first season would have turned away anyone on the prowl for short-skirted, well-endowed high school girls and I don't think the second season will be any different.