It's been years since I played Rockstar's Grand Theft Auto on the PC but, I haven't played any of the recent games because I got bored after Vice City but, I decided to pick up Bully Scholarship Edition because there's not many decent titles on the Wii at the moment.

The game begins with a brilliant opening with some cheeky humour. James who doesn't appear to be getting on with his new step-father is moving to Bullworth Academy while they go off on a honeymoon and the school doesn't seem to be a very welcoming one. Bullying is happening everywhere but James will just have to find a way to settle down. It is then that he meets Gary who appears to have plans to take over the school. 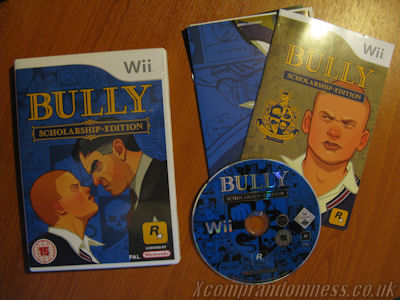 Bully feels very much like GTA only, you can't murder and it's in an academic setting. You're thrown into a free environment where you can do whatever you want while other characters go about their own business and familiar arrows on the mini map at the top of the screen points you to any missions that are available to move on with the story.

There are classes to go to which are a set of mini games to play although you aren't forced to go to them and they help add to the whole feeling of being at a school. There are two classes each day which practically all make use of the Wii motion controls such as a timed spelling game for English class or, a gruesome Trauma Centre mock-up for biology class. They are actually very fun to play with five levels of difficulty. In fact, the the music class game works so well (unlike Zack and Wiki's side game!) that it makes me want to try out Taiko no Tatsujin! 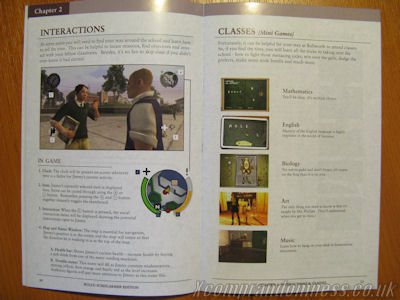 Besides all the classes there are also side tasks to go with as students or citizens approach you for help which usually results in a cash reward. There are items to collect, shops to visit for customising your character and even arcade game machines for even more mini games so there's lots to do in this game! Even a full amusement park for more mini games!

As the game's name suggests, there will be some fighting going on and there's a whole arsenal of weapons to use such as stink bombs and even a bottle rocket launcher. Or you can resort to the good old way of using your fists and as you may have guessed, Bully makes use of the nunchuk and Wiimote. Varying the buttons you hold down changes the kind of attacks and combos can be made. The excitement definitely picks up as you face some of the greater opponents during the story so don't worry if you think it's just going to be like Wii Boxing. 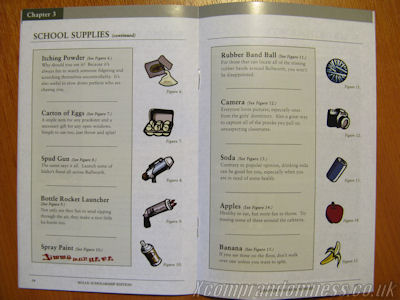 Character models are fairly chunky with the polygons that make them up practically visible but, the textures are smooth and they are animated so well you won't have time to notice the roughness. There's plenty of funny cheeky dialogue as you play along all completely voice acted. NPCs go around their business such as running off to class, beating up other students or prefects pinning down trouble makers. 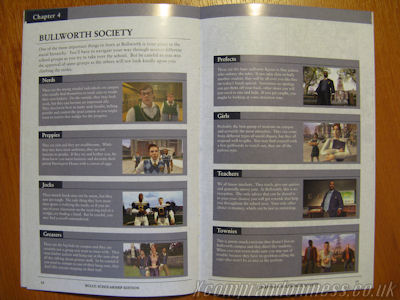 The environment also manages to look great on the Wii with an astounding number of people considering the console's hardware and feels very alive with so many students walking around Bullworth and people in the city. It's definitely a lot more populated than No More Heroes' Santa Destroy. It's great to see the town changing with the seasons, the characters wearing the appropriate attire and themed decorations going up!

However, all of this clearly comes at a cost as you notice the frequent loading when switching areas. 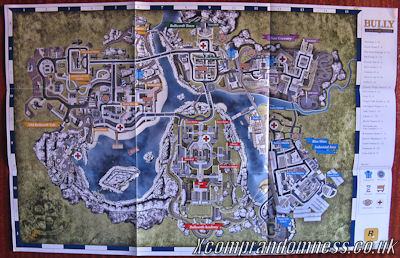 Bully Scholarship Edition is entertaining with its right off the bat hilarious dialogue and great variety of activities to keep you occupied but apart from that, I feel the story has been too "down to earth" for my tastes and doesn't have many memorable scenes that make an impact.

Interesting to see Rockstars still keep up the custom of including a poster with their games. 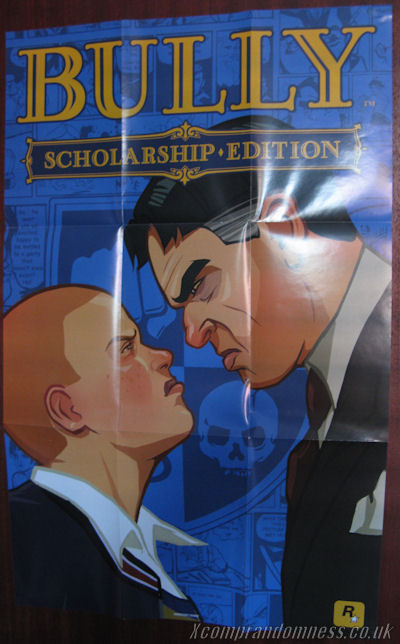 There's even a comic strip in the manual this time. 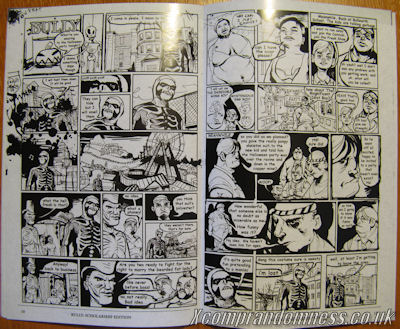 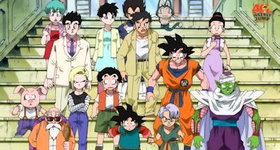 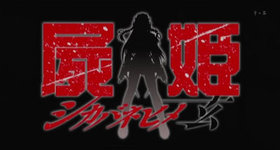