Yup, finally got my hands on Trauma Centre New Blood! Didn't pick it up for the RRP and ordered it off Play.com instead. Surprised Gameplay still don't stock it but, I'm presuming the demand is low and considering there's a credit crunch going on, probably best not to stock games that might make a loss. 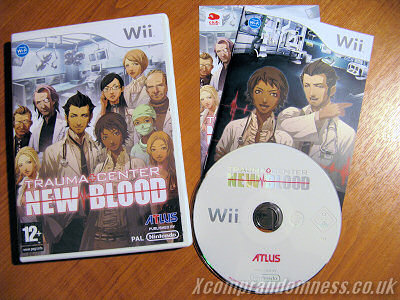 Set ten years after GUILT, we follow the story of Markus Vaughn and Valerie Blaylock, two doctors from Concardia who have decided to work in a small rundown hospital in Alaska. Both had their reasons for the transfer but eventually, Markus could keep his secret hidden no longer and is forced back. Before long, the two find themselves joining Carduceus facing a new biological threat to mankind. 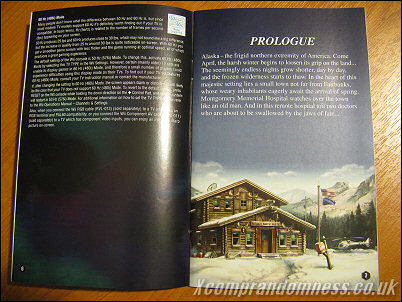 First, well done to Atlus for making use of the Wiimote for entering names! I don't know why all the Nintendo games so far have to forces you to use the old way of using the D-pad when it's clearly easier and quicker with the Wiimote.

You even have the option to use the Wiimote itself only but, selecting tools isn't quite as easy as it could have been. Each direction on the d-pad selects the corresponding tools but for some odd reason, pressing it diagonally doesn't select the right tools. Instead, you must use the left and right directions to cycle through the tools one by one which in my opinion, is very cumbersome considering how fast the player is expected to perform operations. Also, I don't see why players are still expected to draw a star to execute the Healing Touch while in this control configuration. 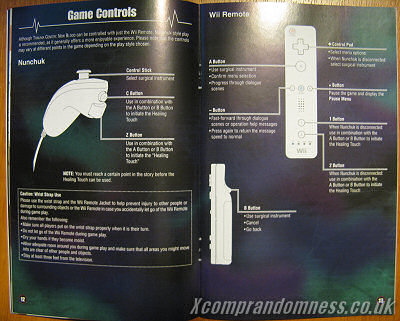 A fair amount of the operations remain very familiar with previous titles but, there's plenty of improvements such as merging the magnification and ultra sound tool together. All you have to do now is point the Wiimote at the area you want to scan instead of hitting the A button repeatedly. The vitality gauge also has a maximum indicator now so you won't find yourself injecting the stabiliser countless times to find out what the maximum is, saving you time.

Saying that however, there are a number of new tools and actions too. Massaging the heart means a mini rhythm game where you have to time your button presses and there's a small lasso tool for tying up organs. More emphasis has also been added to rotating the Wiimote to apply treatment with a greater variety of operations that require more than just putting fractured bones back in place.

If after playing Second Opinion and Under The Knife you still haven't got bored of pulling out glass shards from patients and suturing lacerations, there's plenty to enjoy. It's great that they have decided not to chain the "alien" operations together and that there are quite a number of normal operations break up the whole sci-fi element. 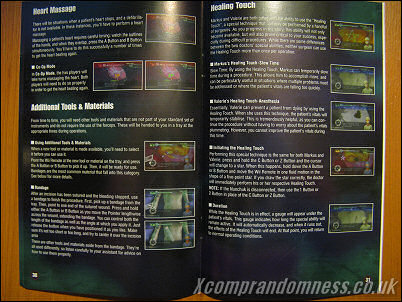 Once again, you can replay episodes for better grades and not only that, you can play as either Valerie or Markus who both have different Healing Touches. Markus slows down time as with previous games while Valerie's freezes the vitality bar although you can't use the stabiliser during this time. This adds a little touch of choice for different approaches to the operations.

And of course, we can't forget the biggest feature - the new co-op play mode. Basically any episode can be played together and if you think it's too easy because you can do those alone, there are optional challenges which are clearly tailored just for this. What's more, they have an extra bit of story to them unlike the expert operations that are unlocked as with all titles in the series so far. Once you have that done, you can even upload your scores onto an online scoreboard if you want to know how you fair against other players or get bored of beating your own score. 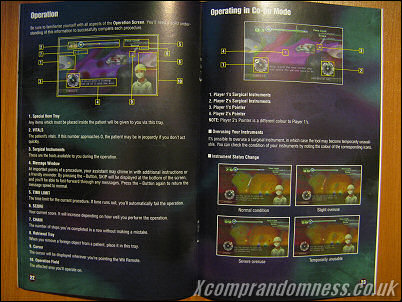 The downside is you can only upload one score at a time and then wait some time before you can do it again. They should have an option to upload all scores at once. It seems all players from Japan, US and EU are listed but, the last time I checked, I was the only European who has submitted a score! Good grades seem much harder to get now because there are a number of hidden conditions you have to find out to get the score multipliers you need. 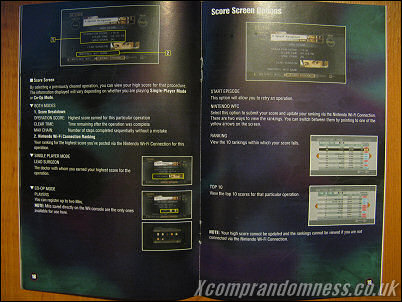 In terms of graphics, there are some the occasional 3D effects being used such as blizzards or spotlights. There are a number of event illustrations too instead of just the common mix of different portrait and background combinations. Although some of the character outlines are kind of out of proportion at times, they have a much greater dramatic effect than what one may be used to in RPGs. I think it would great if Atlus includes a greater selection in future and have them all available in an unlockable gallery.

Voice acting is generally good helping add to the atmosphere. You don't just have Angie repeatedly saying, "Doctor!" now. Elena the new assistant nurse has a much more varied amount of dialogue as well as the surgeons themselves just before an operation. The music, which is composed by Kenichi Tsuchiya this time, has a mature touch to it. You probably couldn't tell the difference between "normal" music if you had the tracks playing in a cafe or shop. 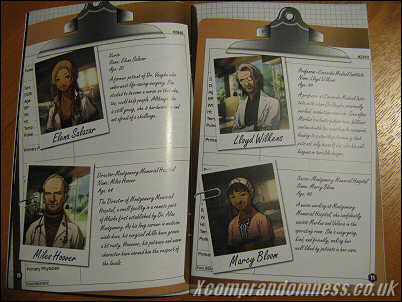 The Trauma Centre series really can't change much yet, I still find the operations challenging and satisfying to play. Ignoring the sci-fi elements of the game, I think the script is well written and can be thought provoking at times. I've had a few laughs in New Blood and they're not the common scenes you usually see from Anime and Manga which is good. New Blood is one for the fans or, just anyone looking for something challenging with co-op play and it definitely offers a satisfying team experience.

Having played Under The Knife 2 not too long ago, it will be interesting to see if Atlus will be carrying this series further since it appears they've run out of ideas to keep it fresh. Saying that, I don't think I would mind if they keep the presentation and story up. 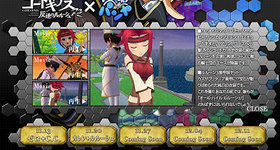 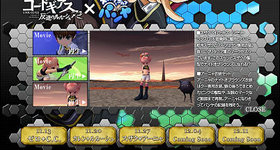 And our couple for this week in Pangya's promotional costume event is Suzaku and...