It's been almost a week since the latest title in the DJMP rhythm game series, "DJ Max Portable Clazziquai" has been released in Korea and, having become a fan of the first two games, I've spent many hours playing this version which is aimed at "newbies". 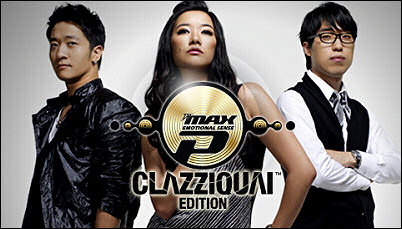 Upon starting the game, you're asked to register a DJ profile just like previous games. Oddly enough, DJMPC will still force you through a tutorial when playing Club Tour even if you say that you've played previous games. Not a very good first impression and it's here the "Engrish" starts appearing if you select English as the main language. However, fortunately there isn't much intensive dialogue as you would expect.

The main focus of attention will most likely be the new "Club Tour" mode and just like in DJMP2, you only start off with a small selection of songs until you beat them through a series of missions here. Basically the idea is play your way through the songs at each club with varying conditions until you reach the one where all the DJs gather. Then by paying a fee and beating the conditions they set out such as keeping a certain max rating or high score, you rise in rank and can move onto the next club.

Those who have played previous games and are used to 6B or 8B mode may have to grind your teeth because a lot of the songs start out in the new 2B mode. Fortunately, after a few clubs 4B, 5B and 6B opens up too although beginners can still choose to beat the easier missions and move on. The challenge is definitely still there as you rise towards the top one hundred DJs!

Apart from being allowed to pick a song or the DJ you wish to challenge, you really don't have much freedom to move between clubs besides following a linear route. You can only move between the ones you've already beaten and each one only offers a very small selection of new songs which, is kind of disappointing because I when I learned about this new mode, I was hoping for a wide selection of clubs to give players more choice. Nevertheless, it breathes some new life into the familiar mission objectives.

You won't find an 8B mode but there is the new 4BFX mode which is basically just 6B with a different button setup, using the 4B buttons together with the L and R buttons. The song patterns you come across can take some getting used to as notes are hidden within the giant L and R notes. 6B players might enjoy the new challenge.

Once again, various gear can be equipped such as character icons to customise your avatar but you can no longer buy them. You can only unlock them and they no longer have effects unlike in DJMP2. Instead, these effects can be enabled under the "Effector" menu (makes sense?). Pentavision most likely did this because they wanted a wider variety of icons on the internet rankings because the last time I checked the DJMP2 listings, a large number of people were using the same characters for the auto effect.

On the plus side, Fever mode has been improved and can only be used when you have a Fever gear equipped. You can either just save it up to a certain multiplier before using it or, just use it the old way activating it everytime the Fever bar is full. There's even an "Auto Fever" gear to help you use it now although I find activating it manually still produces the best results. I'm sure new players will welcome the gear.

Presentation wise, nothing much have changed. You still mostly have a mix of lowly animated but beautifully drawn music videos playing in the background ranging from the vividly cute coloured to the more darker themed. Only this time you've got a few that makes use of 3D modelling instead of the 2D illustrations previous games only used and frankly, not all of which are good.

For music, you've got a new selection of songs and needless to say, most of them are from Korean band "Clazziquai" such as the opening song "Flea", "Come to Me", "Love Mode" and "The Night Stage" mainly sung in English. Even though there's a Link Disc feature for playing songs from the previous games, you'll find a few of them make a reappearance here such as DJMP2's "Your Own Miracle", Blythe and Oblivion only they have new patterns. Not all the new songs are good but Landscape, First Kiss, Eternity, Hard to Start and Fate are my favourites so far just to name a few.

At its core, DJ Max Portable Clazziquai is still very much the same as the previous titles and that's not a bad thing. The minor changes are mostly for the better although I do miss those medals you earn for achieving certain accuracy rates or making too many misses. It's good to see Pentavision finally consider an even easier two button mode for complete beginners in this version of the game. I look forward to what the "Black Square" edition will bring but for now, I just want harder versions of Clazziquai's "Love Mode" and "Night Stage" songs! 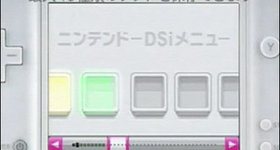 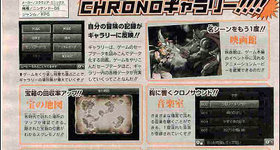 Latest issue of the Shonen Jump magazine shows off another new feature that Chrono...

Of the songs they've unlocked so far, I'm still looking for Fiesta, my favourite song by Clazziquai, is it even on there?

And the video for love mode is fun =O