Episode 12 Summary - Sora of the Summer

I am grateful to you all!
I love you all! - Tomoaki

The plane Sora was on lands in Biei. She was tired and just collapses in her mother's arms. Their next door neighbour was there too and notices there was something different about her. She seemed to carry the same "scent" as a city dweller. Her mother plays around pretending to sniff and they all laugh. 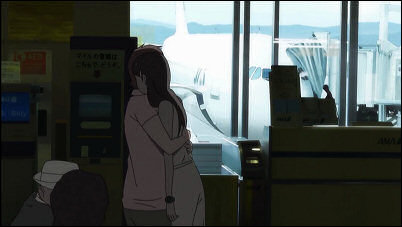 As they ride back home, Sora gazes out the window wondering if she was really back home in Biei. She lets them know she did a lot of "trial and error" during her course. They laugh saying it's not good to do things wrong.

They soon arrive home. Sora was glad to see her dog Joe again. Together she and her mother have lunch together again, telling her about how Seiichirou would say strange things during lunch time. As she drinks her glass of milk, she wishes Gouta was here to taste it too. Sora was glad she went to Tokyo and her mother was happy she met so many special people while she was there. 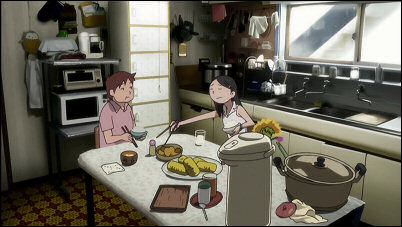 After lunch, Sora rides her bike to the tree where she used to spend her time together with her father. Lying back on the tree, she lets him know that she's successfully become a mage. She made lots of friends and even met her love. Her voice softens saying how painful it is to love someone because it made one's heart beat so fast but, it also gave a warm comfortable feeling.

Suddenly, she receives an e-mail from Gouta who was out at sea in Shounan where they had once spent their time together. He asks if he had drank the milk from her neighbour yet and promises he will bring her along with him someday around the world. Sora lovingly touches the photo of Gouta and sends an e-mail back with a photo of herself too, the fields of Biei behind her. She tells him that she wanted to let him have some too and that the photo was what she wanted him to see. Gouta gives a chuckle and runs off into the sea. 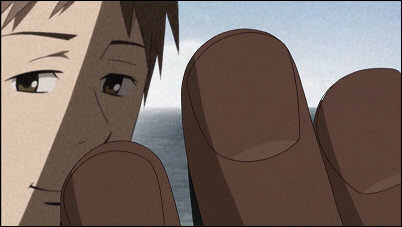 Soon, Sora's mother arrives at the tree too. Sora hands over a note that her father had written long ago which was to see her as a bride. With the last of her magic, she creates the scene where she and Gouta are getting married in the traditional Japanese style. She thanks her parents for taking care of her all these years and that she was happy she is their child. As the magic ends, Sora is left smiling being held in her mother's arms. 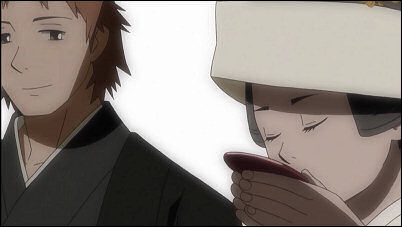 It's been five years since Sora passed away. Saori and Seiichirou have been continuing to accept new trainees every year. Yamabuki was a magic tutor now helping other trainees and on this particular day, she was with one that just couldn't bear looking at the troubled clients. Seeing this, Yamabuki tells her about the difficulties she faced in the past too and the important thing was to not repeat the mistakes. She is reminded of Sora and how she would always casting magic with all her heart by understanding her client's feelings. This made Yamabuki realise that it was the heart that was important not technique. 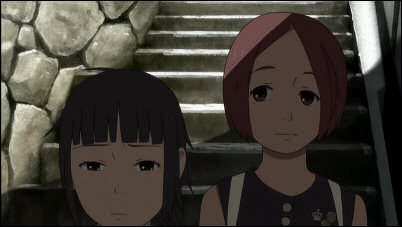 Asagi and Kuroda on the other hand were still together and were planning to order tickets to visit Biei. It might be difficult to book an inn to stay at so Kuroda thought they could go stay at Sora's place but, Asagi didn't want to visit Sora's home. Instead, they'll just visit that ice-cream shop that Sora had always talked about and believe that she's just working somewhere. 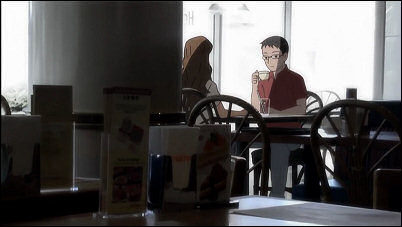 Yasuko too was doing well, holding her own little performance at a records shop where quite a crowd had gathered. She sings a song called "Shimokitazawa", one that she made when she used to perform there alone. 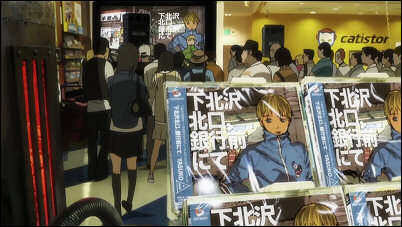 Gouta had already arrived in Biei but gets lost on his motorbike. Sora's mother happen to pass by on her tractor and stops by. They didn't know each other. She was glad Gouta liked Hokkaido so far and was even more happy for him when she hears he was here to meet his girlfriend. After giving him directions to the tree, she throws him a tomato just before leaving. He thanks her and rides on. 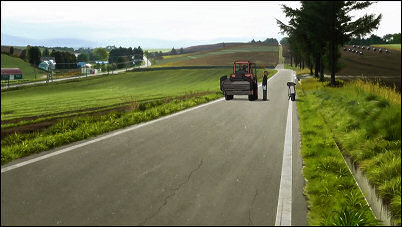 Soon, Gouta arrives at the tree. Taking out his mobile, he matches up the photo that Sora had sent him. He lies by the tree wondering if she missed him. He laughs as if she responded, letting her know he has been fine because he always carried the stone she had given him around with him as if they were together. 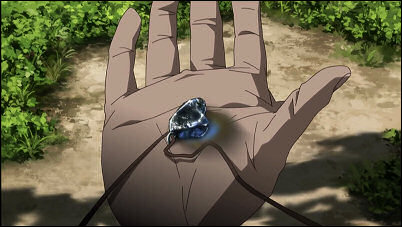 Pausing for a moment, he looks down at the tomato that he had hated to eat and remembers Sora's words. Biei's tomatoes were the world's best and she wanted him to taste the tomato juice there someday. He smiles and takes a bite. Bursting out laughing, he agrees it truely was delicious. 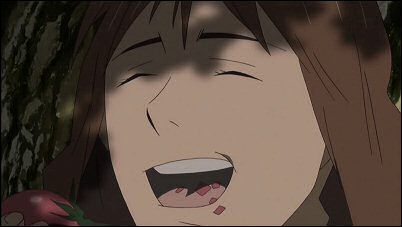 As the sun nearly finishes setting, he tells her how he has travelled around the world surfing the different seas. He doesn't know when he'll be able to return back to see her again but, he will work hard and come back to report. Getting up to leave, he does one last thing and that was to cast magic with all his heart to show Sora the seas he had visited. 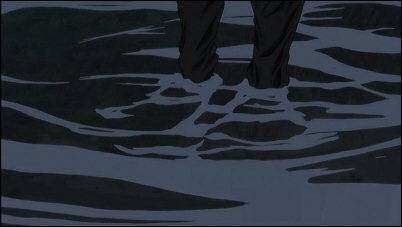 Did the magic we cast with all our hearts manage to reach you all?

The animation just didn't feel quite right this episode. When I watched the opening, I thought the video has frozen because they were making the clouds move so slow although I do understand the tranquillity they were trying to create. Then there was Sora riding her bike... It was like a slideshow and the expressions just weren't right.

So, Sora did end up dying in the end and everyone else chooses not to visit her home but instead, remember her as she was. Quite a sad ending but, it was nice to see Gouta still devoted to her and just like how Sora used her magic to show a scene to her parents, the show ends with Gouta showing Sora his travels.

What was even more interesting was how he met Sora's mother and they didn't even know who each other was... Reminds me of that saying 有緣無分, "have fate without destiny". In other words, their lives crossed but they couldn't share the rest of it together.

At least Sora lived a happy and fulfilling life, though. 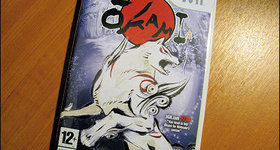 Picked up Okami, a port of the PS2 action game. I heard many good things about this... 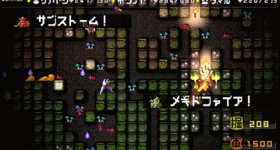 21 Oct 2008, 3:54:35 pm
I enjoyed the ending, but I think the pacing of the show as a whole was a little off. Still, it tugged the old heart strings. Gouta and Sora made for a likeable couple, yet we had such a short time to enjoy it.

Thanks again for blogging the show.