It was a hot beautiful sunny day. Sora was having problems with the heat but she and Seiichirou were soon at the door of their next client for the day. An old woman by the name of Kikuko Akaike. 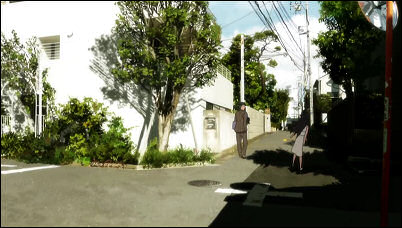 Before them lay a collection of black cinders. She wanted them to restore something that her husband had carried to the very end when he died in war. Seiichirou was starting to sniff as he listened to Akaji's story, holding back the tears.

Putting out her hands, Sora used her restoration magic but to her surprise, the cinders burst out into flames before them. Seeing Sora panicking, Seiichirou tells her to calm down and gives her a little support her with his own magic. The flames die down as Sora finishes off the spell and a comb lay before them. Akaike holds it to her chest dearly. It was the comb she had handed him before he left. She was happy he had thought of her just when he died. 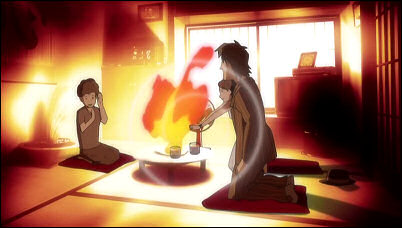 Leaving the house, Sora was sad that she almost destroyed what remained of Akaike's memento of her husband. She feels she is a failure as a mage. Seiichirou laughs out loud saying that was why she was still a trainee. If she was perfect, she wouldn't have needed any training. This was why she has to accumulate the experience for now. He goes onto explain how she was drawn in by what the comb symbolised and ended up summoning the scene from the past when it was being burned. Sora cheers up and the two return home. Seiichirou laughs letting her know she looked best with her smile.

Returning home and finishing dinner, Gouta and Sora offers to do the cleaning up. Sora notices he didn't finish off the tomatoes and tells him they are much tastier back in Biei. Probably even the best in the world. They even used to make tomato juice from them. If only she could let Gouta have a taste of the juice. Hearing this, Gouta says he will the next time he has a chance and they both laugh. He invites Sora over to Enoshima to enjoy the sardines there too. 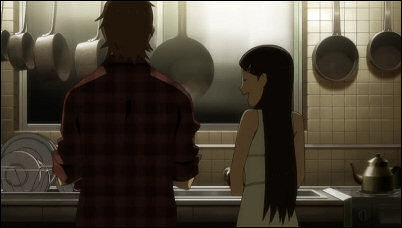 The next day at school, Gouta asks Kuroda how he came about being able to use magic. Kuroda replies he just managed to use it someday just before Asagi interrupts claiming he was lying. She was sure it was the parents that teach them how to use the magic. Kuroda was annoyed and jokingly asks if Asagi can read minds. Yamabuki had her headphones off now and could understand what Asagi was trying to say. It was like birds watching their parents fly. Hearing this, Gouta thinks back to his dad who gave up on magic and thought to himself he won't be able to learn it that way.

Just after Asagi suggests someone good with magic can also teach him, Sora bursts in through the door as if on cue. She runs by the teacher and quickly sits down, relieved she made it in time for class but, she is made to stand up. Sora does so and panicking, she blurts out that she was delayed helping a family of cats. However, she wasn't really in trouble. Kawada only asks her to come to class five minutes earlier. Gouta couldn't help but laugh. 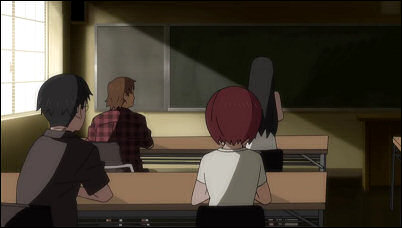 Meanwhile, Seiichirou was out and about Shimokitazawa visiting some old friends. He drops by the Shelter to visit Hayashi but no one was around. He comes across an electric guitar and picks it up to play. Hayashi drops in with some drinks. It's been a while since he heard Seiichirou play. As the two friends catch up, it was soon time for the next request. Hayashi half-jokingly suggests Seiichirou gets himself a wife as Seiichirou made his way out. Seiichirou laughs replying that he was fine on his own and says he will drop by for the live performance later that night. 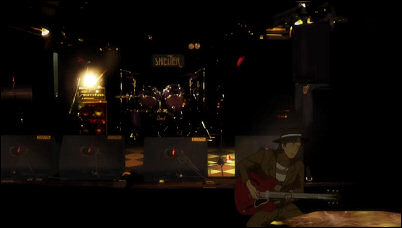 Seiichirou and Saori both knew it was going to be a tough request because it involved awakening magic but, they will be able to find out just how strong magic is. That evening, Seiichirou and Sora arrives at the their client's house. Sora was already getting tense at the door but is reassured.

After introducing themselves, Sora promises the little Shion she will wake up her mother. He had forgotten what her mother's voice was like which was why his father has decided to try and wake her up. Miona has been in a vegetative state for over a year now. Arriving to her room, Sora decides to use magic that will let the feelings of her family reach her consciousness directly. For it to work, Miona's own consciousness is crucial. She wakes up but unfortunately, doesn't remember who her family were. 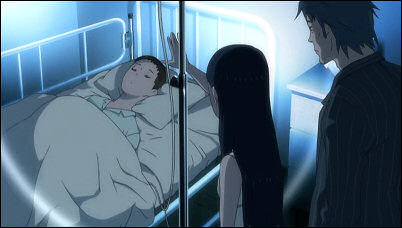 Leaving, Sora was annoyed at herself thinking she didn't use the right magic. She blamed herself that Miona didn't have her memories when she awakened. Seiichirou lets her know magic was not perfect. It wasn't something that could grant each and every wish. Sora had already done well to wake her up and had fulfilled the request.

The two were silent as they took the train back to Shimokitazawa and went their separate ways. Seiichirou still dropped by the Pistol Pinok venue even though the live event was over now. He meets Shunsuke and his band who they aspired to. The young man had great aspirations, hoping that he will make it all the way into the big Tokyo Dome to play within the next three years. Seiichirou only made it to Fuji Rock Festival before he stopped. 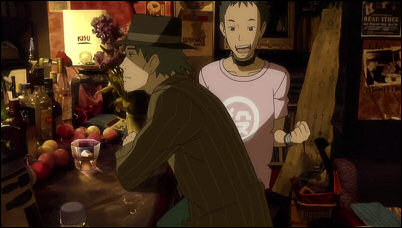 After dropping by the station where her favourite guitarist was singing, Sora returned home. She strokes the watch and ponders about Seiichirou's words. 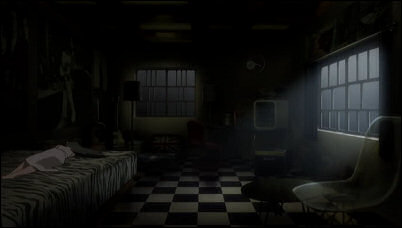 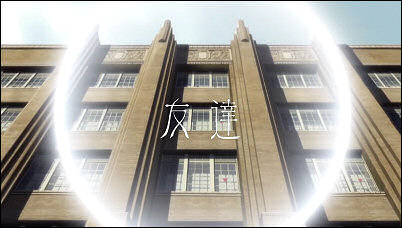 Can I call you Seiichirou-san? - Kana

Whey, they brought up Otaku slang in this episode. Do I like "tsundere" girls...? I don't know. I can hang around someone like Asagi so long as I'm not the one being teased all the time when she's in "tsun tsun" mode. 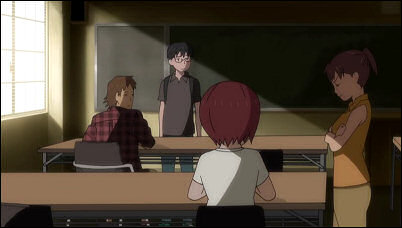 So, Sora came across her first hurdles as a trainee. It was funny the way she was swaying about right at the start of the episode. Seems things are going better for Gouta though as is starting to open up.

Also an interesting touch how they gave the kid some missing teeth. Whips the viewer back to reality for a moment without those perfect faces.

Once again, they bring in the micc vocalist Miku Sasao as "Yasuko", this time with the song "Good Dreams". Better than the last one, "I'll Be Superman". Looks like all these songs will be released on a seperate "Yasuko" album instead of putting them in with the OST. Probably best. 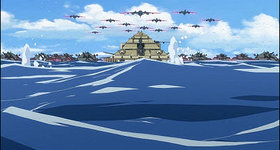 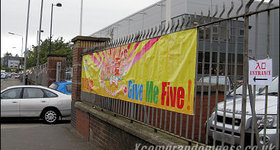